KODAK announced recently three ultra compact portable projectors to play video from a mobile device or computer, and a scanner for negatives, slides and Super 8 film, to preserve your memories. 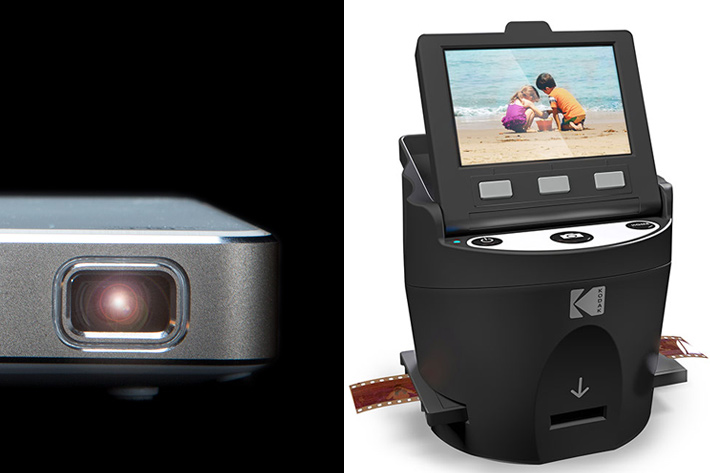 Bring film to the digital age with the KODAK Scanza scanner, or take your home theater anywhere, with the new projectors, which connect to a phone, computer or other device to project images and video onto any surface.

The new KODAK Scanza Digital Film Scanner recently introduced by C+A Global, the North American brand licensee for Eastman Kodak is a versatile film-to-JPEG converter which digitizes, according to the company, “a variety of formats including 35mm, 126, 110, Super 8 and 8mm negatives and slides into optimized 14-megapixel or interpolated 22-megapixel digital files.” 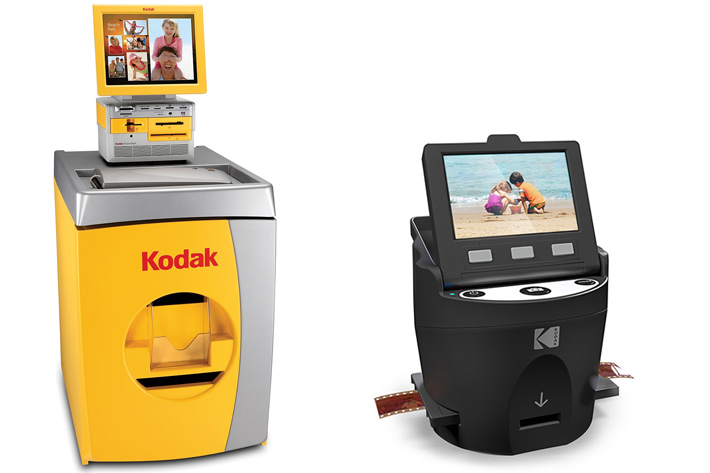 Looking very much like a smaller version of a KODAK print station, the scanner is a viable solution to transfer your memories in film, either negatives or slides – and even Super 8 and 8mm  film frames – to a digital format. The 3.5” LCD screen with adjustable brightness and convenient tilt for easy operation and image viewing, allows users to easily edit images using the scanner’s various settings. The KODAK Scanza is available now for $169.99.

The scanner ships with multiple film inserts and adapters for converting various negatives and slides for fast and flexible operation and its large one-touch buttons allow for one-step scan and save. The KODAK Scanza scanner comes with everything needed to start scanning images, including HDMI/video cables for viewing images on a television, an AC adapter, USB power cable and a film cleaning brush. 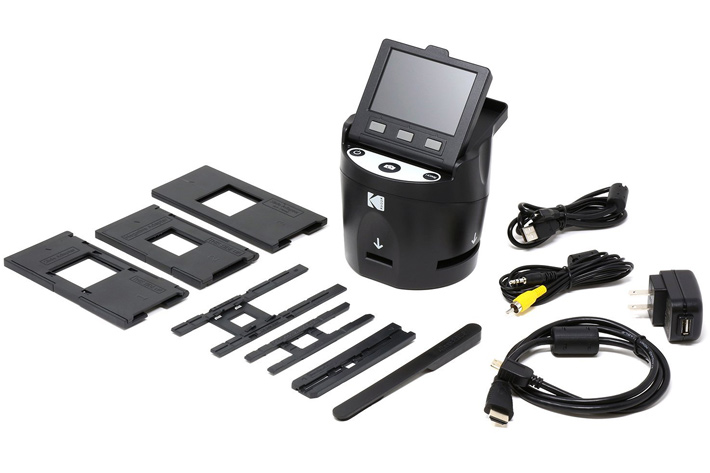 “Kodak has a steep heritage in film and, perhaps more importantly, helping people preserve life’s precious memories. Many folks have boxes filled with KODAK film ready to be given new life, with no means of doing so,” said Joel Satin, VP Brand Licensing at Eastman Kodak Company. “With the KODAK Scanza digital film scanner, reliving these moments and bringing them into the digital world is as easy as scan, save and share.”

This scanner will not offer the same quality as a flatbed scanner, but it may be the right solution to save images that have been waiting to be rescued from oblivion in a shoe box. In terms of Super 8 and 8mm film it opens an interesting option: you can scan each frame and then use a video editor to put your film together again, in digital format. It may be the only way to save a film that otherwise might not survive another projection. 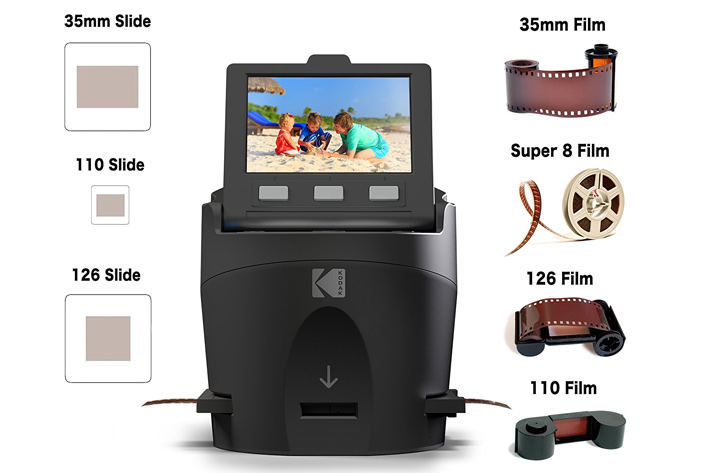 Although this new product from KODAK will not make it to the top in any list of professional tools, it is interesting enough to be mentioned here at ProVideo Coalition. If it works as suggested, the scanner may be the path to, finally, get all those negatives packed in boxes transformed into something that can be shared in this digital world. 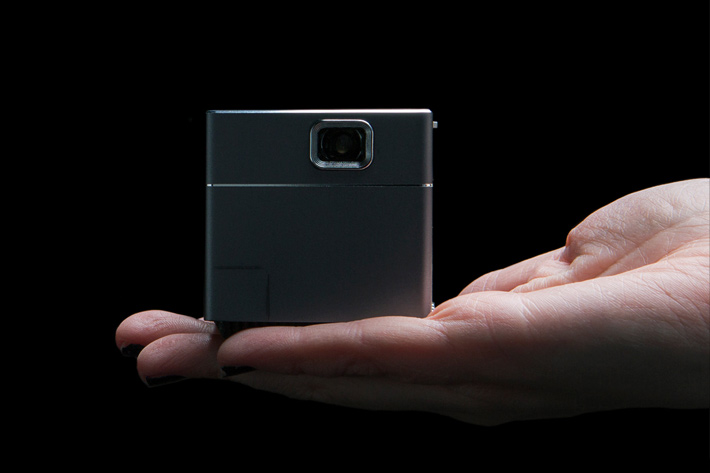 The same logic applies to the new ultra compact projectors, KODAK Pocket Portable Projector, KODAK Pocket Pico Projector and KODAK Pocket Wireless Pico Projector, all ready to plug, play and project images and video onto any surface. Although they will not win any contest in terms of resolution or features, the projectors “put the power of a home theater in the palm of your hand”, according to Joel Satin, VP Brand Licensing at Eastman Kodak Company, as “all three are packed with powerful projection capabilities, so watching films and television shows, or projecting a slideshow of images can be done in your home, outside on a warm summer night, and anywhere in between.”

Each of the projectors can connect with a compatible mobile device or computer using HDMI cable for seamless screen mirroring via Digital Light Processing (DLP), display technology. All three projectors include a built-in rechargeable battery, eliminating the need for wires, and feature MicroSD compatibility. With any of the three KODAK Projectors, users can listen to content using the built-in speakers, while a 3.5mm audio jack means users can take the sound up a notch by plugging in an external speaker or keep things quiet by plugging in their personal headphones. 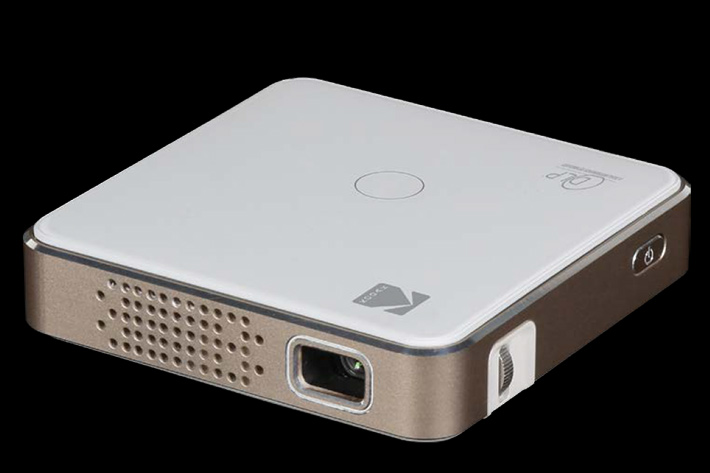 The smallest of the trio, the KODAK Pocket Portable Projector, measures just 3”x3”x0.8” and weighs 5 ounces, making it incredibly easy to take anywhere. With a 75-lumen display, the Pocket Portable Projector has a 640×360 native resolution. From 12 feet away, it produces an 80-inch display, or a 40-inch display at a 6-foot distance. The projector also features 100% image offset and adjustable focus.

The Pocket Portable Projector is tripod-mountable for added stability and features super quiet projector operation so as to never interfere with one’s viewing enjoyment. With multiple options for connecting in to play content, users can play presentations, video and more straight off of a USB flash drive. Priced at  $199.99, the projector ships with an HDMI cable, USB cable and Quick Start Guide, and comes with a 1-year limited warranty.

The KODAK Pocket Pico Projector and Pocket Wireless Pico Projector offer almost all of the same features and benefits, while the Wireless model offers these capabilities in a compact unit that can connect to one’s mobile device via a Wi-Fi connection. 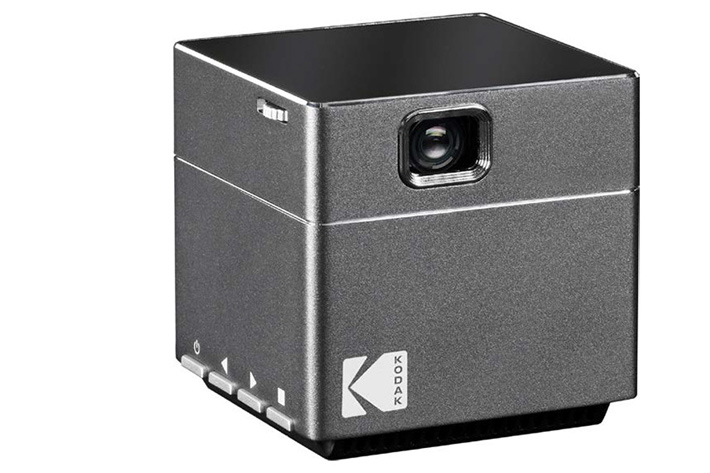 The projector features a compact, 2.1-inch cube design, weighing 6.1 ounces, offers a native resolution of 854×480 and a 100-lumens DLP display, to project movies and images up to 100 inches from an 8-foot distance, or 56 inches from a 5-foot distance. The KODAK Pocket Pico Projector and Wireless Pico Projector both ship with a mini tripod for added height and stability, plus a remote control for easy operation, an HDMI cable, HDMI adapter, power cable and adapte and Quick Start Guide, and come with a 1-year limited warranty.

Wi-Fi connectivity with the Pocket Wireless Pico Projector – Kodak’s wireless enabled projector eliminates the need for any wires while operating, with the ability to easily connect to any compatible mobile device for seamless screen mirroring over a private device-enabled Wi-Fi connection.  The  KODAK Pocket Pico Projector costs $ 249.99 while the wireless version costs $ 289.99. 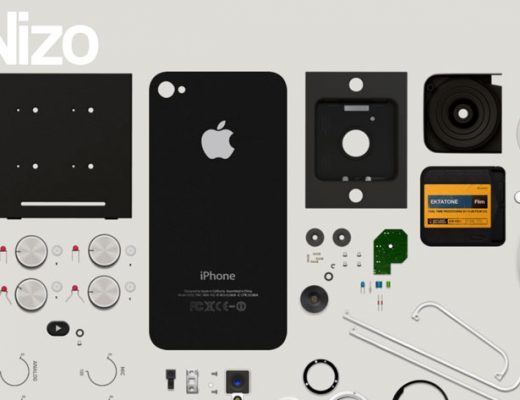 Focus on image making, forget the superfluous settings. That’s the promise of Nizo, a filmmaking app that may help... 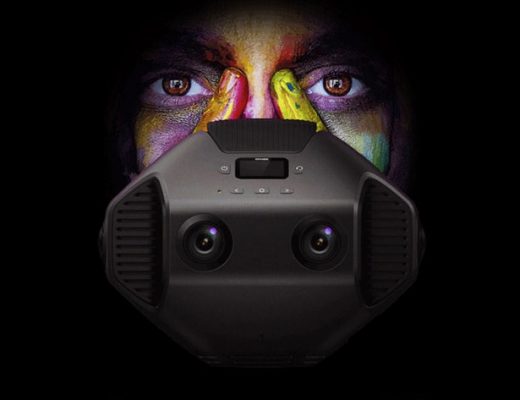 The deep learning algorithm that powers the Artificial Intelligence of the Detu MAX enables real-time face tracking and also...