Vinnie Hobbs was born and raised in Okinawa, Japan, where his parents work as Instructional Systems Specialists for DoDEA (The Department of Defense Education Activity) on a military installation. He spent his teenage years in Japan shooting skateboard videos and editing with two VCRs connected to each other. These early creative explorations set him on a trajectory to become one of the most talented music video editors in the industry today.

Vinnie Hobbs was born and raised in Okinawa, Japan, where his parents work as Instructional Systems Specialists for DoDEA (The Department of Defense Education Activity) on a military installation. He spent his teenage years in Japan shooting skateboard videos and editing with two VCRs connected to each other. These early creative explorations set him on a trajectory to become one of the most talented music video editors in the industry today.

Having worked on projects for artist including Nicki Minaj, Chris Brown, and Cheryl Cole, Hobbs recently edited the Kendrick Lamar “Alright” music video, which is the most nominated music video in the 2015 MTV Video Music Awards, including a nomination for Video of the Year. Since high school, Adobe Premiere Pro has been Hobbs’ editing program of choice, and he now enjoys working with a range of desktop and mobile apps in Adobe Creative Cloud. 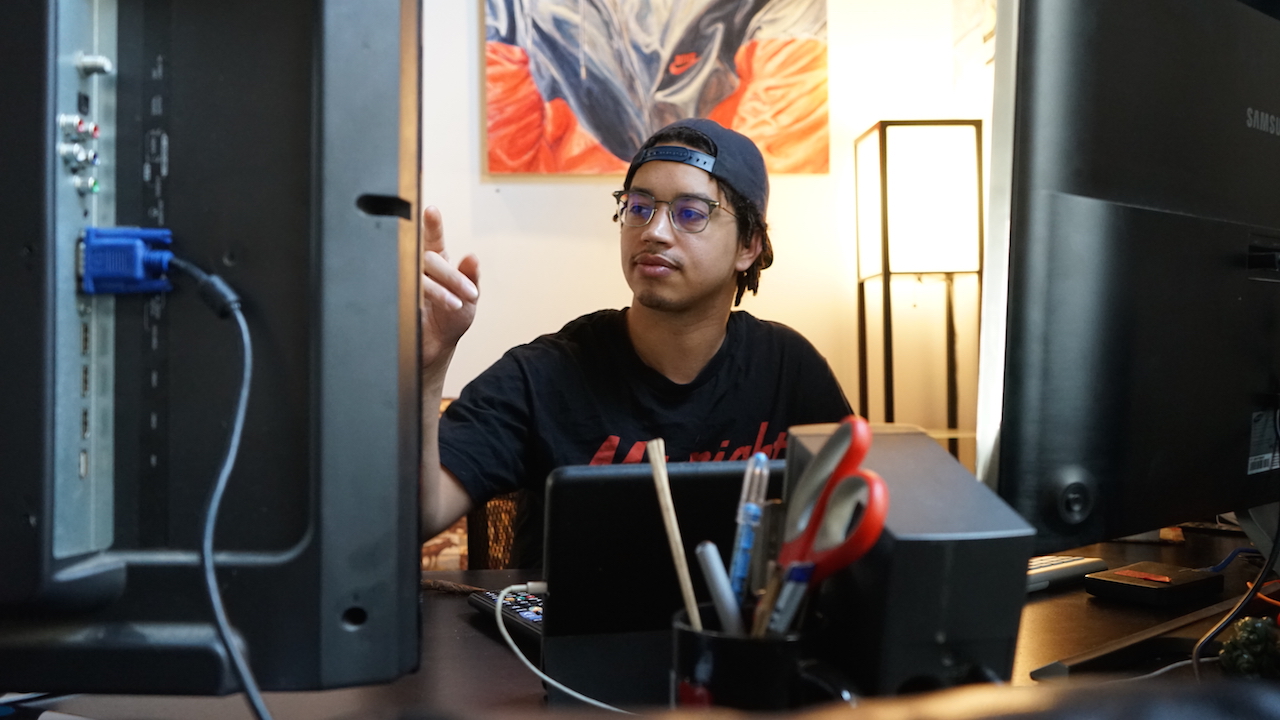 Adobe: How did you start editing music videos?
Hobbs: I started shooting videos for different artists while still attending college in Seattle, and after a couple of them went viral, several directors contacted me because they liked my editing style. That was the first time I realized that editing was something I could do professionally. I have a passion for editing and know it is something I’m going to do for a long time to come. I just want to keep learning and see how far I can take it.

Adobe: How would you describe your style?
Hobbs: I have many different styles. The music industry is constantly changing, so I try to bring a unique flavor to each project. Whether artists want to have a fresh, mainstream look or they’re independent and want something to set them apart. I put all I can into every project to make it the best it can be. 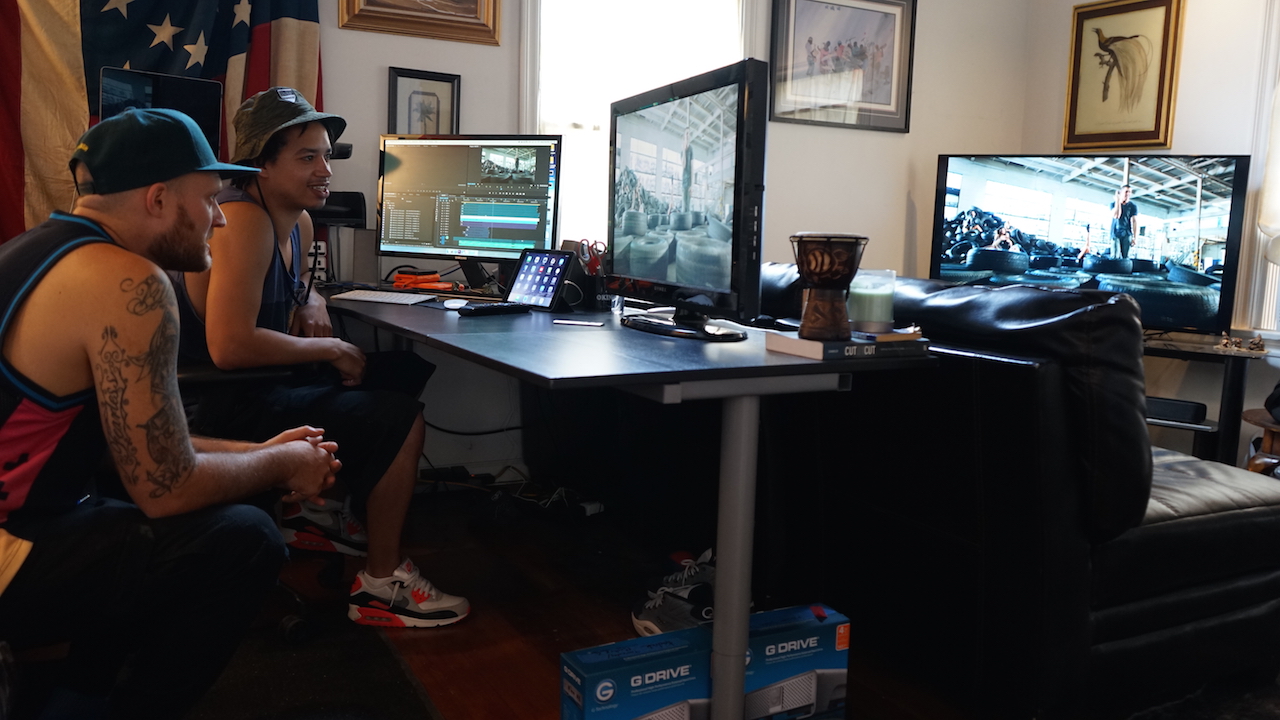 Adobe: Have you always worked with Premiere Pro?
Hobbs: I’ve used Premiere Pro since high school and I love everything about it. The ability to work with raw R3D, ARRI, and other video formats natively in Premiere Pro lets me meet my deadlines faster than ever before. I can also put any older formats into Premiere Pro with no rendering or waiting and that’s helped me so much. With Premiere Pro I can focus on the creativity without being held back by technical roadblocks.

Adobe: How did you get the opportunity to edit the Kendrick Lamar video?
Hobbs: I’ve worked with the director, Colin Tilley, for a little over two years. We did the Nicki Minaj “Anaconda” video together, along with videos for many other artists. I personally love hip hop so I like to bring subtle nuances into the editing process. For instance, in the beginning of the “Alright” video there is an intro before the song starts. I was able to integrate clips from some lesser-known Kendrick Lamar songs and die-hard fans took note of that and loved the video even more. 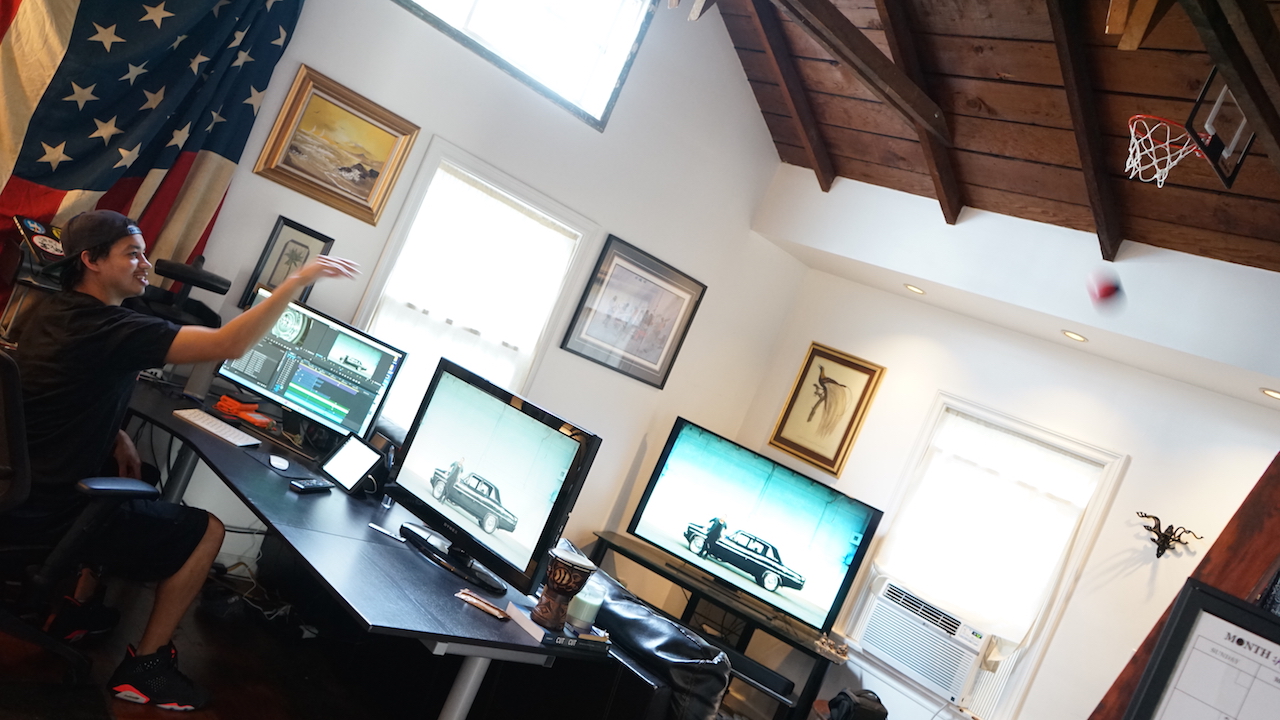 Adobe: What was your editing process?
Hobbs: I went through all of the footage and preselected my favorite clips, which I then put on a selects timeline. When it came to crafting the master timeline, I drew from the selects timeline and it was much faster than manually searching through bins. The whole edit took me three days and I feel like if I did it any other way it would have taken me at least twice as long. Using the pancake timeline editing technique in Premiere Pro let me focus on the creative, work faster, and meet the deadline days before I was supposed to.

Adobe: How do you manage audio in your music video projects?
Hobbs: I have a hard drive with ambient sounds, Foley sounds, and more, which I use to set a mood or help with transitions. I bring it with me to every project. After editing a few movies I realized I could use my sound design skills in music videos to achieve a similar feeling as in the narrative storytelling pieces. In Premiere Pro, I don’t even have to render any audio I put down. I just drag it down, put whatever transitions or filters I want on it, and I’m good to go. I can easily play it back, make changes, play it back again, and move on – it’s just so seamless, quick, and natural—nothing is holding me back.

Adobe: What are the similarities and differences between editing music videos and feature films?
Hobbs: For music videos, you need to have a natural sense of rhythm and some context or background to help you understand the artist. I do a lot of research and watch other videos, looking for ways to make the videos distinct. For feature films, you need a good storytelling sense. When you can bring both rhythm and narrative techniques to projects you can add your own stamp and put your fingerprints all over your work. Even though editing is an invisible art, people tell me they recognize my style, which is really amazing.

Adobe: Tell us about the feature films you’ve edited.
Hobbs: The first feature film, Licks, directed by Jonathan Singer-Vine, was filmed in Oakland by Rob Witt, the same cinematographer that shot the Kendrick Lamar video. It was accepted by SXSW 2013 and is slated for international release this year. I also did a full-length feature documentary called The Village of Peace about a small village in Israel formed by African Hebrew Israelites who left the U.S. 40 years ago from Chicago. The third film is a 24-minute short that Colin Tilley directed entitled Mr. Happy, featuring Chance the Rapper from Chicago.

Adobe: What Creative Cloud apps do you use on your music video and film projects?
Hobbs: I use Adobe Premiere Pro CC, After Effects CC, Photoshop CC, and Media Encoder CC. Most of the videos I work on go to a professional colorist however, for some projects I color correct myself. I’m looking forward to trying the new Lumetri color panel in Premiere Pro. I use Photoshop for any type of graphic design work. Sometimes I’ll take a still frame from a video I’m editing, tinker with it in Photoshop, and then drop the native PSD file into Premiere Pro.

After Effects is my go-to for titles, graphics, motion tracking, and beauty corrections and I love Dynamic Link between After Effects and Premiere Pro. Media Encoder is how I finish every video. I can deliver in any format needed – ProRes, MXS, Sony XD Cam, H.264, YouTube, Vimeo. It’s awesome and makes my life so much easier.

Adobe: Have you tried any Adobe Creative Cloud mobile apps?
Hobbs: I just downloaded Adobe Premiere Clip and was playing with it when I was on the plane, making videos on my mobile phone. It’s so intuitive and fun. You can color correct, apply a grade, and add music underneath. I think this is the future and more people are going to start editing on tablets and mobile phones.