UPDATE: 4/17/15 – Videos of the Presentations Are Now Available 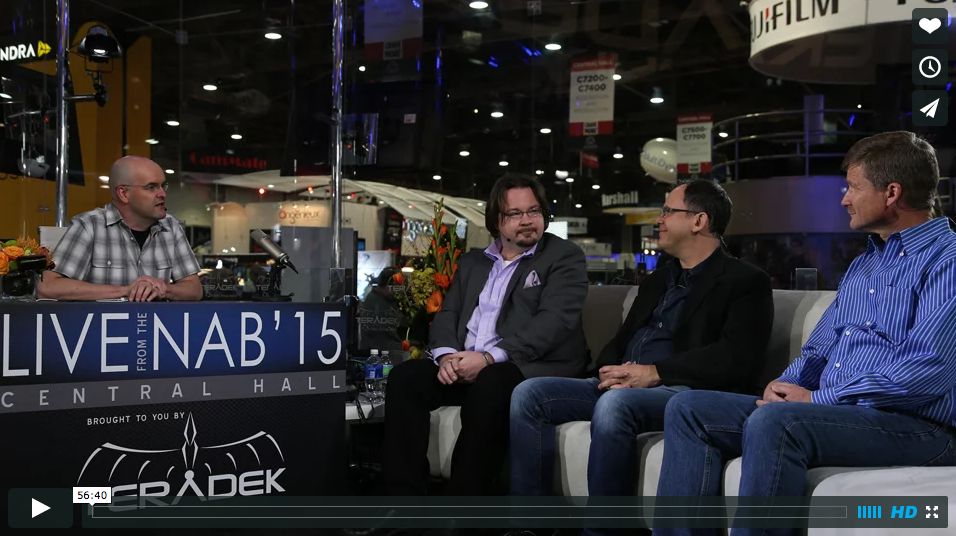 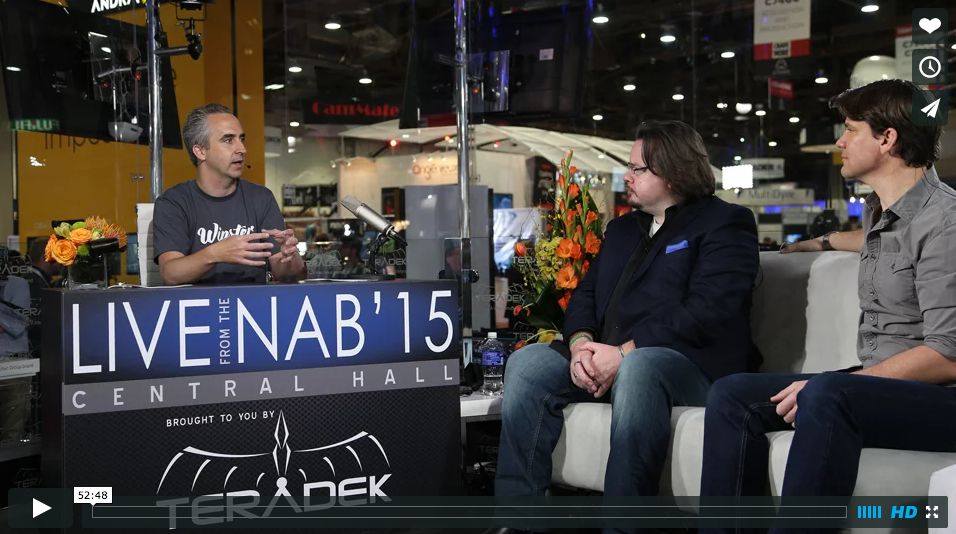 NAB is the one time of year when everyone in the industry gathers together in a single place. It’s a time for large and small companies to showcase their new products and technologies, but what’s often most interesting are the conversations you hear and can be part of at NAB, because they literally wouldn’t be able to take place anywhere else. 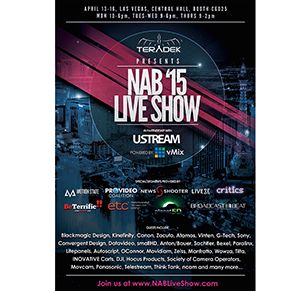 Not everyone can make the trip out to Las Vegas for the event, which is part of the reason Teradek has been putting together a live broadcast from their booth on the show floor for the past few years. We’ve previously explored what goes into that coverage, but this year is going to be extra special because PVC writers are going to take center stage and lead a couple of those conversations that could only take place at NAB. All of it will be live and available at http://www.nabliveshow.com.

On Tuesday, April 14th from 2-3pm PST, Scott Simmons will be joined by a group of PVC contributors to discuss some of the trends and tools they’ve seen in the industry, and their focus will be around how 2015 has or hasn’t been different. Scott is excited to explore those details with the group, but his own opinion on the subject should serve as a great jumping off point.

“What’s different about 2015? Drones!” Scott mentioned. “So far in 2015 I feel like it’s been just an extension of 2014. 4K has been around for awhile. We’ve been doing more with less for a couple of years now. I don’t see that changing.”

Scott is set to be joined on-stage by PVC contributors Woody Woodhall and Terence Curren in what should be a lively discussion about what all of these professionals are seeing in their worlds and the industry as a whole.

On Wednesday, April 15th from 10:00-11:00 PST, Kevin P. McAuliffe is going to explain and explore what the production process looks like from his perspective as an editor, and he’ll be joined by a couple other professionals who will share their experiences.

“I’m looking forward to talking through what I do as an editor on a project,” Kevin told us. “I’ll also explain what challenges I face, not just in the editorial process but in the entire production process and will then discuss how other professionals deal with similar challenges in similar and different environments.”

PVC contributor Brian Hallett is set to join Kevin along with Michael Kammes from KeyCode Media, and their discussion should provide key insights for professionals regardless of their experience level or where they happen to work in the production process.

To view these presentations, make sure you tune into the live broadcast, which will be available at http://www.nabliveshow.com. The PVC time slots aren’t the only highlights of the coverage though. Segments put together by News Shooter, Planet 5D and plenty others are sure to have some great speakers and discussions, and that’s without even mentioning what coverage host Michael Artsis has in store.