Jeff Brue founded Open Drives four years ago to design storage solutions for the media and entertainment industry. Working with top filmmakers in Hollywood provided a great test base and enabled the company to push its storage technology to new heights. Having previously worked with David…

Jeff Brue founded Open Drives four years ago to design storage solutions for the media and entertainment industry. Working with top filmmakers in Hollywood provided a great test base and enabled the company to push its storage technology to new heights. Having previously worked with David Fincher on House of Cards, Brue was tapped as the post-production engineer for Gone Girl, where he collaborated with a talented team to create a next-generation editorial platform using Adobe Creative Cloud. 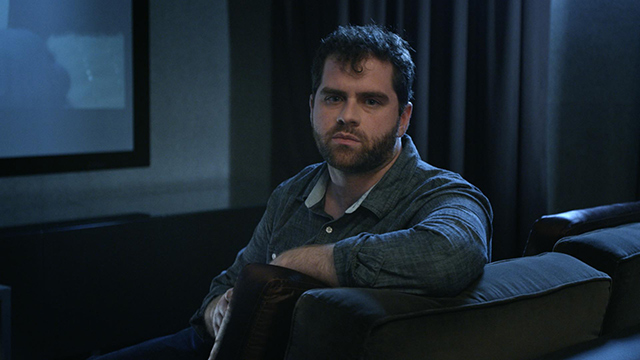 Adobe: How did you first get involved in the Gone Girl production?
Brue: I’ve been part of the team for the last three years. I was originally invited on board as part of the engineering team for House of Cards, where we designed the entire storage system for the first 4K episodic dramatic show. When it was time for Gone Girl, Tyler Nelson called and said, “We’re thinking about going with Adobe for Gone Girl, do you think you can do it?” I told him I’d back them and design what needed to be designed for what was still at the time an unknown storage requirement, in terms of performance, to make the most of the speed of Adobe Premiere Pro.

Open Drives evolved the storage system over the course of the production, particularly to integrate with the overall Adobe workflow. There were many points where we realized we needed to increase the speed of the storage system to keep up with the pace the artists and Kirk Baxter, the editor, were working at.

Adobe: Where do you begin on a major film project?
Brue: The first step is figuring out the workflow, particularly how to support the 2,304 x 1,152 non-standard frame size and do what we call opticals. The data requirements from that in a multi-cam scenario can quickly become explosive. The objective was to get the overall system to a state where VFX collapsed into editorial seamlessly. Up to 80% of the timeline was actually After Effects comps; the faster that process went the more decisions could be made. 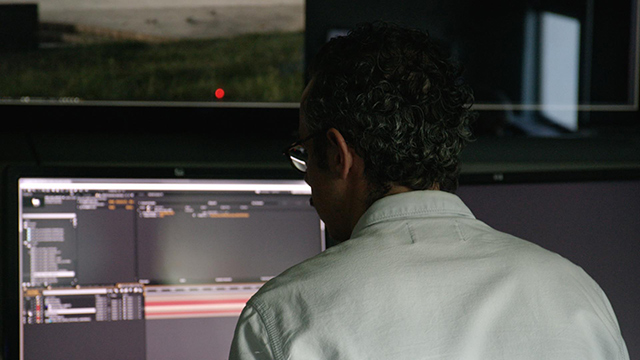 Adobe: What other technologies did you integrate into the post-production process?
Brue: We integrated a number of other technologies, particularly the GPU decode of all RED footage into six frames, in combination with the NVIDIA K6000s and K5200s. That and the HP Z820s were used for the bulk of the heavy lifting.

The integration between Premiere Pro and After Effects at such resolutions is demanding, such a pipeline working at all is really quite astounding. What it means is that you can look at a frame and not have to wait for hours for an export to happen or to see another version if we just change a shot slightly.

Adobe: What were some of the challenges?
Brue: One of the biggest things was accelerating how fast such data-intensive projects would open. Open Drives developed several analytic modules in order to understand how Premiere Pro needed to load its database structure, and then purpose-built acceleration structures to support it. We were able to reduce the load time of a reel from eight minutes to less than 90 seconds, and working with Adobe on how to optimize loading has gotten us even further since. 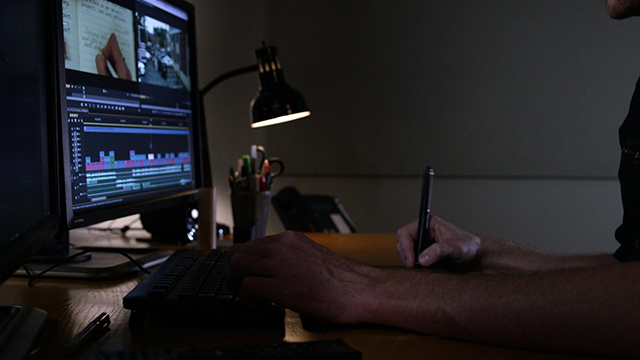 Adobe: What type of visual effects were done on Gone Girl?
Brue: There were two main types: what we call opticals and the more complex visual effects shots. In this environment it’s really about the subtlety of it; finessing instead of assaulting, finding the best moment and constructing it. The visual effects are in that vein. It’s not about repositioning a shot, or stabilizing, it’s about animating it to be the best it can be.

Adobe: What was it like working with footage that was shot in 6K?
Brue: The entirety of the film was edited at 2.5K, and a live conform was always maintained from the 6K footage. We kept the 6K DPX constantly live and in step with the edit, which was rendered from the original R3D media. The uniqueness of the pipeline was that all of the repositioning and stabilization information could be tracked through to the 6K pipeline instead of using the traditional HD methodology of throwing it away or manually creating it in an online environment.

This was important when we needed many rapid iterations because it gave us the ability to not worry about whether something would track back or if the offline optical would look like the online optical. The entire process was online. When we went to the final shot in 6K it would be reinserted and cut back into the editorial, which was unique. All of the visual effects shot had timecodes and reel names, so it was just a matter of automatically creating the shots to be cut back in rather than going off of an arbitrary number such as frame count, which is what most VFX editors have to do. 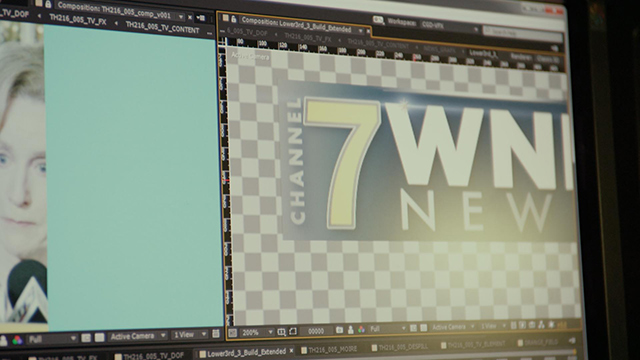 Adobe: Was there anything that surprised you about Adobe Premiere Pro CC?
Brue: The raw speed of Premiere Pro CC surprised me. We chose the best hardware we could throw at it and it took advantage of every bit of power. We used Premiere Pro to view the 6K DPX files using Fusion IO cards and we were able to playback at more than 2.6 GBPS. We knew we could export the entire reel of the film in 10 to 15 minutes, rather than two to three hours. We ultimately had to build an all SSD array to keep up with Premiere Pro, which led us to invent a new line of products at Open Drives.

Adobe: What’s been the best part of this journey for you?
Brue: To be in this environment, we all have to be filmmakers, whether we’re engineers, assistant editors, or the director. The process of integrating visual effects is important because it impacts the story we are able to tell. We’re trying to bring the process closer so we can tell better stories. How to do this has been the topic of many late night conversations over the years, and to see these ideas come to fruition is something we’re all really excited about because we’re all filmmakers.