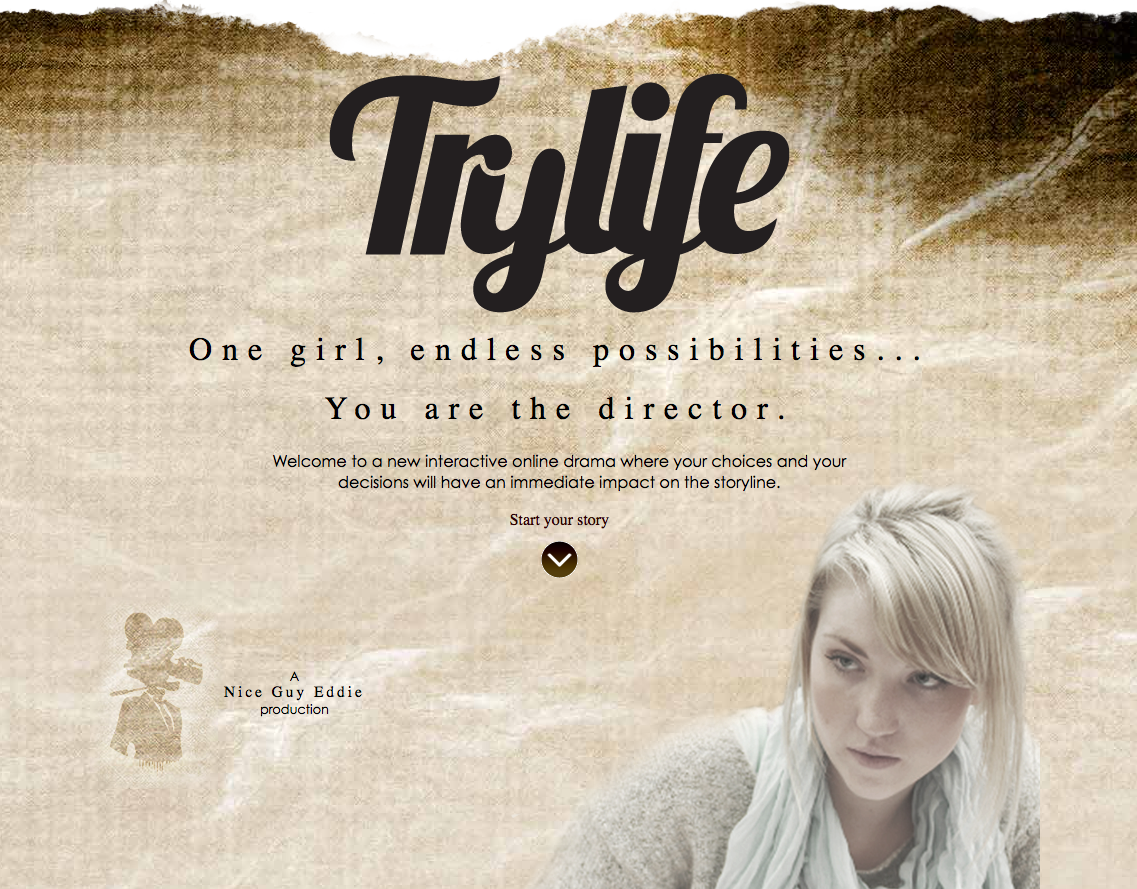 Irwin and his small team of filmmakers empower South London’s youth with an interactive web series exposing audiences to the consequences of tough life decisions in the safety of a virtual environment.

Glass of wine in hand, Paul sits down to chat with me from his living room. He tells me he’s having a BBQ with friends and family to take of advantage of the unusually warm London spring weather. When we first spoke a year ago, TryLife had just launched its first episode and was seeking future funding. Now, after a successful online release and interest from the U.K. government, TryLife has been greenlit to begin production on the second episode.

Paul brings me up-to-date on the progress of TryLife by first outlining the need for digital educational programs in U.K. He explains that a growing population of disenfranchised youth in London and other cities have become a major concern to local authorities, as they suffer the negative effects of the financial crisis on youth unemployment. This inevitably leads to increases in gang activity, gang related violence, including the sexual exploitation of  young women,. Instances of forced prostitution are also on the rise, with increasing drug-related arrests and deaths. Additionally STD and unwanted pregnancy rates are skyrocketing, causing panic for the government who is now seeking out alternative ways to educate the hardcore, tech-savvy youth that are unreachable through traditional means of advertising.  In Lewisham, the council decided to take a completely different approach to engaging with its young people around these difficult and challenging issues.

As the economy continues to downturn, fewer low or no skill jobs are available, and making matters worse, fewer marketable skills are being taught in the public education system. Teens and young adults in some of the hardest economically hit areas are dropping out school due to a lack of incentive to graduate. With many kids leaving school early or graduating with no training or chance at a higher education, teens and young adults are left with zero skills and little chance at finding employment. This translates to a rise in gang violence, teen pregnancy and drug abuse. What TryLife aims to do is provide students with an incentive to stay in school and make smarter lifestyle choices, despite their circumstances.

Paul notes that one of the biggest issues he and his writers faced while reaching out to the teens in Lewisham was understanding their culture and dialect. This difficulty in translation and need for cultural immersion led Paul to create a team that consisted mainly of young people from the surrounding area. This will not only create a sense of realistic dialog in the finished product, but it provides paid employment, as well as on-the-job training for some of the disaffected youth they are trying to reach. In Episode 1, Paul hired first-year beauty students to style the hair and makeup for the show. Additionally, the writers and creators worked with schools and local theater groups to recruit actors and film crew. Paul says 85 to 95% of the cast and crew from the first episode were under the age of twenty-five.

During Episode 1 of Trylife, audience members follow teenager Sophie the night before her exams. The audience is given the chance to make decisions as Sophie throughout the evening, including whether she will attend a party, drink or have sex with her boyfriend. The storyline was developed to cover a wide range of teen-related topics including sexual health, drugs, alcohol abuse, rape, and peer pressure. With 26 possible stories, audience members could play over and over again – each time with a different outcome. However, what Paul and his team discovered was that the episode was too far-reaching in it’s approach, providing too many rabbit holes. Episode 2 will be more concentrated, and will instead focus on specific topics related to the Lewisham area, including racism, gang culture and sexual exploitation. However, despite being more focused, Episode 2 will be a larger scale production, with 72 possible outcomes this time, almost three times that of Episode 1.

TryLife is not just a marketing gimmick, Paul points out. Instead of taking a drama for teens and trying to squeeze some sort of life lesson into it, it turns learning and engagement on its head by developing a cohesive, interactive story where teens are engaged in facing very real problems that they encounter in their everyday lives. By giving them an opportunity to learn and make mistakes, they are more likely to make informed decisions in the real world.

The TryLife brand offers an alternative method of communicating with disenfranchised youth – an innovative storytelling device that teaches kids about the consequences of their actions. Paul and his team of creators worked with psychologists while writing the first episode to better understand the impulsive nature of teens and young adults. The success of Episode 1 has since drawn the attention of the U.K. Minister of Health, which has in turn provided partial funding for the production of Episode 2. Additionally, Paul and his team took the information they gathered while developing Episode 1 and created a 1-year curriculum for teachers including workshops, games, and session plans on the subjects of sexual health, substance abuse, equality, and diversity. The packs allow young people to engage with TryLife in the classroom, as well as online. Though the e-learning module was never part of the initial TrylIfe plan, it has become an important data-mining tool, providing the TryLife team with valuable information with which to present to potential investors.

Paul tells me his biggest hope is to eventually take the TryLife brand global and use it as a cornerstone for building similar e-learning programs that will expand beyond the education space and into practical learning environments, such as for corporate training and team building exercises. Though for now he is happy that he can make a difference, “some kids have to make very tough decisions at a very young age, and I hope that TryLife gives them the tools they need to make better, safer choices.”