Powster is nothing if not innovative. The interactive and motion graphics company provides “over-the-top” content, concepts, and apps for the entertainment industry. Powster’s inspiring work has earned the firm multiple accolades, including Webby and FWA awards, and a designation as one of the few Facebook Preferred Marketing Developers. One of Powster’s latest endeavors is an interactive music video for the band Bombay Bicycle Club and their song Carry Me. Ste Thompson, founder and creative director of Powster, shares how the groundbreaking interactive music video came together. 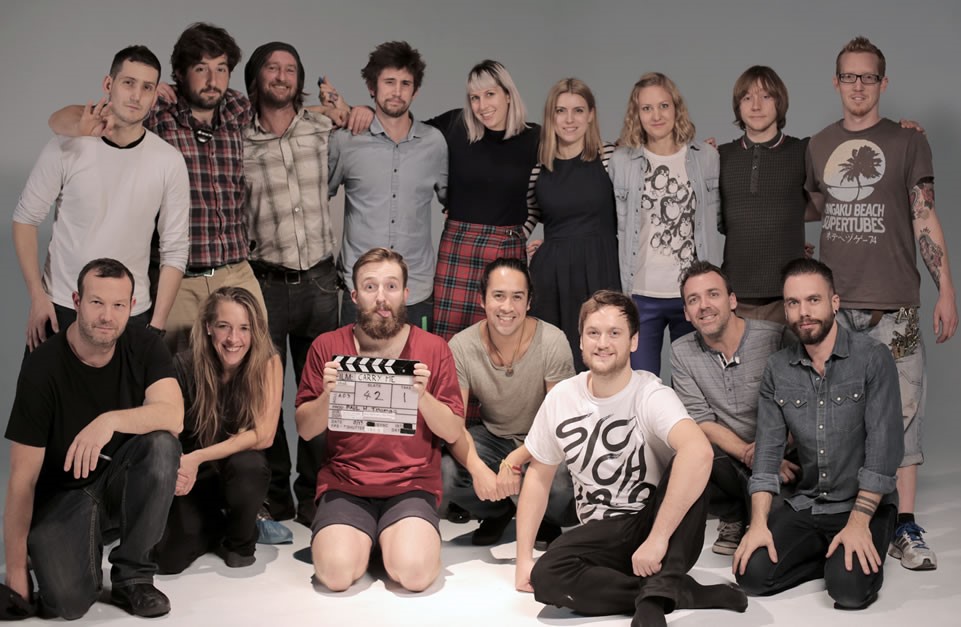 Adobe: Tell us more about Powster.
Thompson: We create entertaining content, marketing concepts, and applications/games. Our biggest strengths are video and interactive. We’re among the first creative studios making interactive music videos such as the one for Bombay Bicycle Club. The project was exciting because it was one of our most creative and innovative projects. Our team is half video and half interactive led, so the Carry Me project was a perfect fit.

In addition, we write quite a bit of custom software to pull off some of our more unique projects. We created Orbital Video, a technology that allows us to have multiple cameras in a circle with a performer—break dancer, musician, etc.—in the middle. Once the video is complete and published, viewers can switch between camera feeds or pause the motion. Our Orbital Video technology sparked our interest in creating the interactive music video for Bombay Bicycle Club. 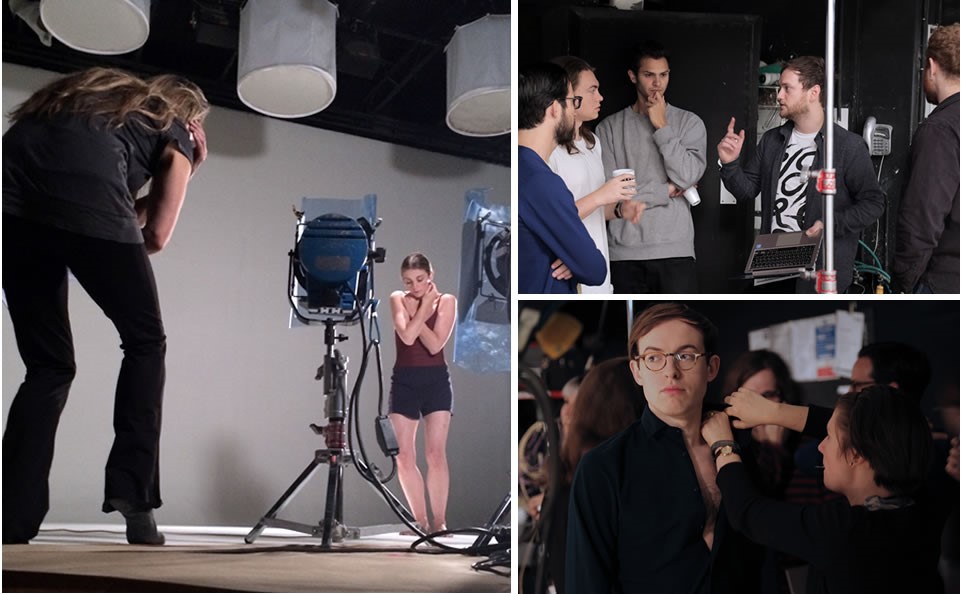 Adobe: What makes the Carry Me music video unique?
Thompson: The video is an online experience that engages with audiences on a completely different level. It is fun for users because they can manipulate the band members like stop-motion puppets. Users can control them and move their bodies while the band members continue drumming or lip-synching. The interactive experience with the music video is something very unusual, because it puts control in the hands of the viewer. As a side note, we created both the interactive version and a linear version that can be viewed more like a traditional music video.

Adobe: How did the idea for the video come about?
Thompson: Eadweard Muybridge inspired the album theme, and the video. He was an English photographer from the late 1800s who studied motion and motion-picture projection. A lot of people know him from his studies of horses running. His work centers on taking multiple stills and weaving them together to create motion. It was Muybridge’s concepts and studies that established 24 frames per second as the standard for moving pictures. We created this project on a concept of a zoetrope, a device that produces the illusion of motion from a rapid succession of static pictures. 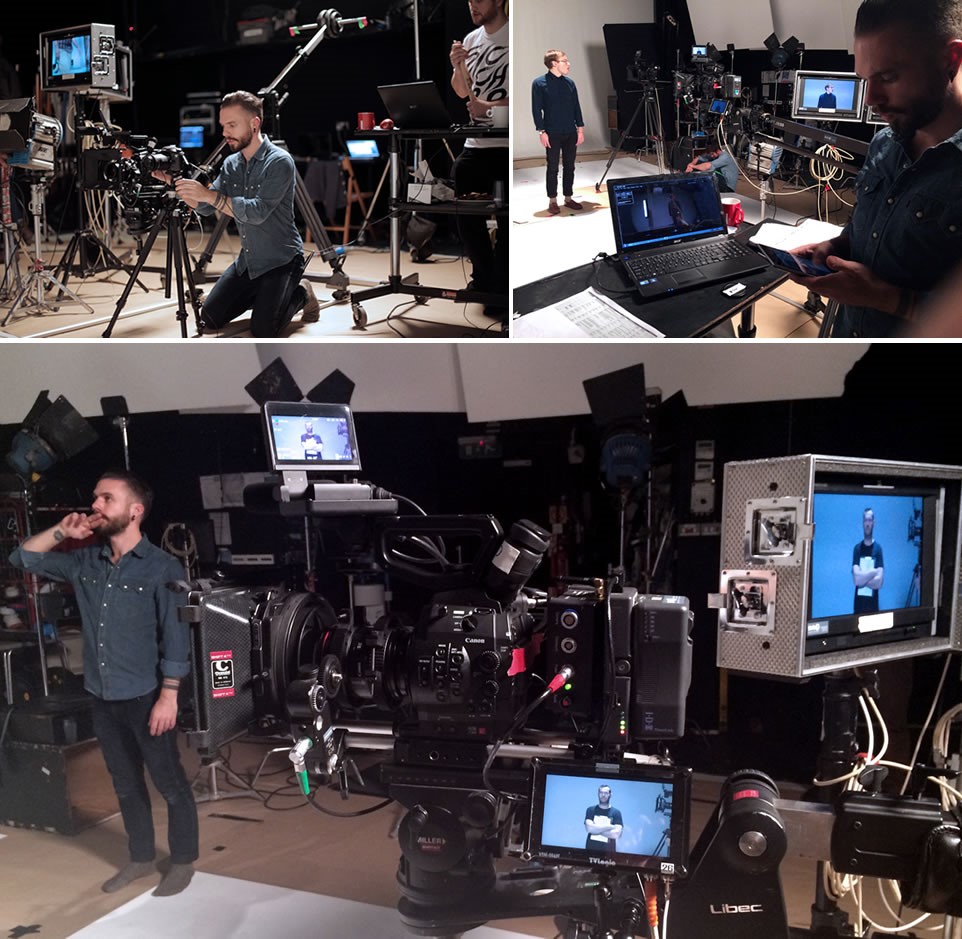 Adobe: Tell us more about the creative process behind the video.
Thompson: The whole idea was to be the first to make a linear piece of video footage interactive by allowing the user to switch between feeds, yet keep them in sync. We filmed nine different camera feeds at 1080p resolution, animated them, and edited them together in Adobe Premiere Pro CC. We had nine post-production processes on screen at once. Combined they were 5,000 pixels wide, so what we were trying to manage and edit was immense. We actually had to trick our graphics accelerator card and Adobe Premiere Pro CC so we could scale down every piece of footage and then scale each one back up in nested sequences, and retain quality. It was the opposite of most other workflows today, where everyone wants to work with media at maximum resolution.

Adobe: How did you shoot the project?
Thompson: The shoot was fairly taxing, for us and for the band. For example, we did nine different takes of the lead singer lip-synching and all the drummers drumming in different positions. It required a lot of patience and precise alignment, so we could play each frame after the other without it appearing jerky as viewers interacted with the footage.

Adobe: Why did you choose Adobe Premiere Pro CC?
Thompson: The flexibility of Adobe Premiere Pro CC is unprecedented. We’re standardized on Adobe Creative Cloud for its integration and versatility. For editing and post-production on most of our projects, we often have to do some unusual processes. For this project, we were able to push the Adobe software successfully and use it in different ways.

Adobe: How did you use Adobe After Effects CC?
Thompson: After Effects CC was as crucial as Premiere Pro CC. Nine animators worked to add frames. We used Expressions in After Effects to replicate how users would interact with the footage in the HTML5 version, as if someone on a desktop machine or other device with a browser would engage with the footage in real-time. In this way, we were able to view and alter how each user would interact with the video to create the best experiences.

Adobe: What other tools are you working with in Adobe Creative Cloud?
Thompson:  Our main applications are Premiere Pro CC and After Effects CC, as well as Photoshop CC. We use Audition CC for sound editing, though we didn't use it on this project specifically. We also do a lot of work destined for the web, so we are looking at Edge Inspect CC to obtain a snapshot of how projects will look on any device. Creative Cloud allows us to explore new creative possibilities and helps ensure that projects look and sound great on any device.

Watch the making of video:
www.powster.com/carryme