This will be the first of three posts about the basics of IMAG. We should probably start out with an explanation of what IMAG is: IMAG stands for “Image Magnification,” and is live multi-camera coverage of an event on big screens so the entire audience can see what’s happening on the stage. It’s similar to multi-camera TV coverage of an event (and sometimes the same feed), but created with people seated in the back of a big venue in mind. You see it at concerts, some award shows and conferences, and even large churches (where I gained my experience in IMAG). Usually the magic number for when you might start considering an IMAG system is when you have an audience of 1800 or more in your auditorium.

The (very) basic elements of an IMAG system are:

Of course there are other considerations, like cabling, signal converters, blackburst/genlock, etc., but the above is the basic skeleton of what you have to have, with #5 being the only semi-optional item.

Here’s an example of what a mid-range HD IMAG system looks like: 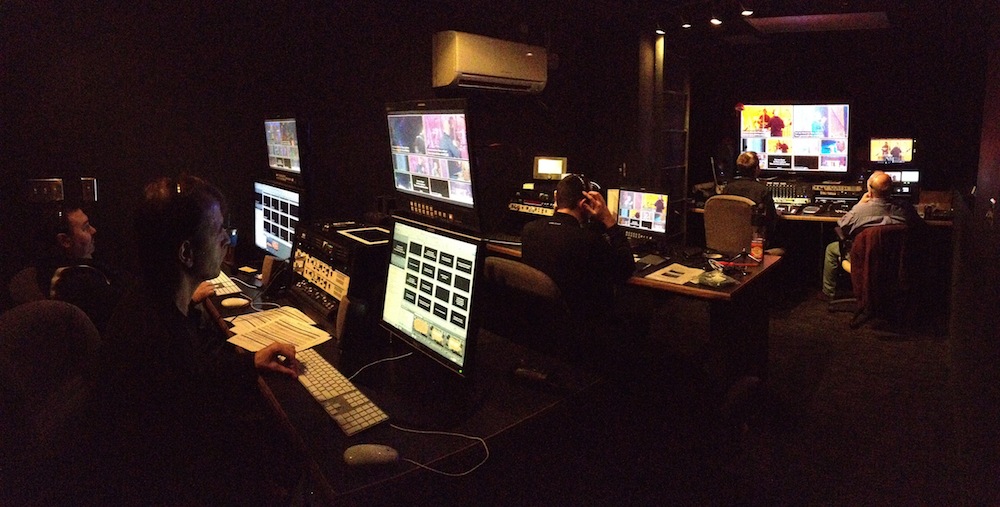 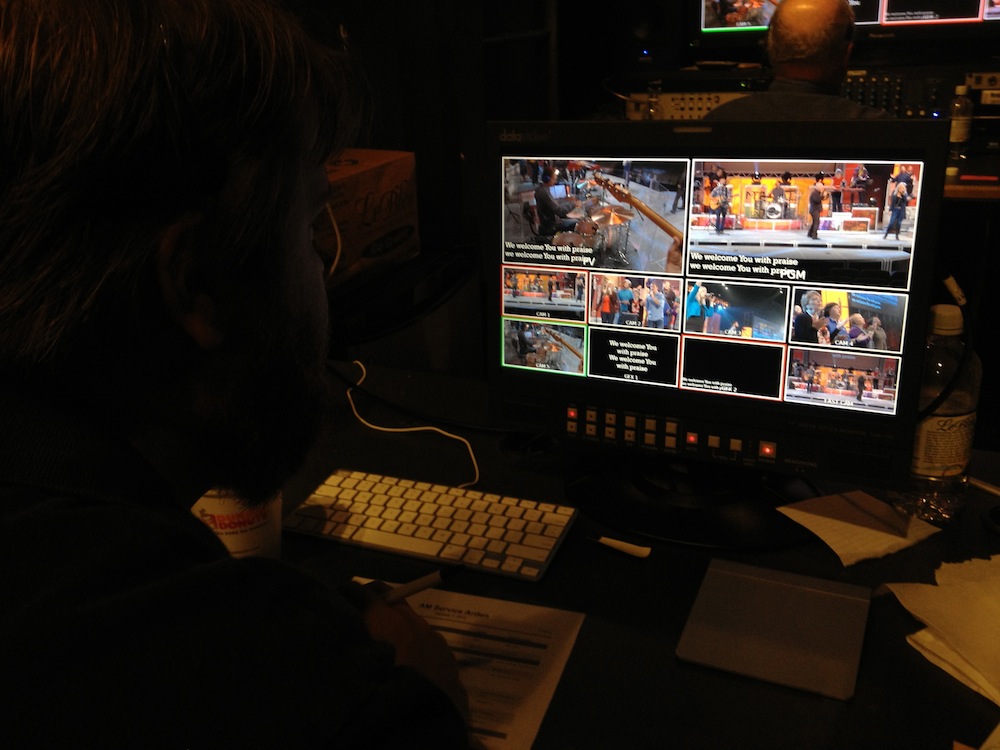 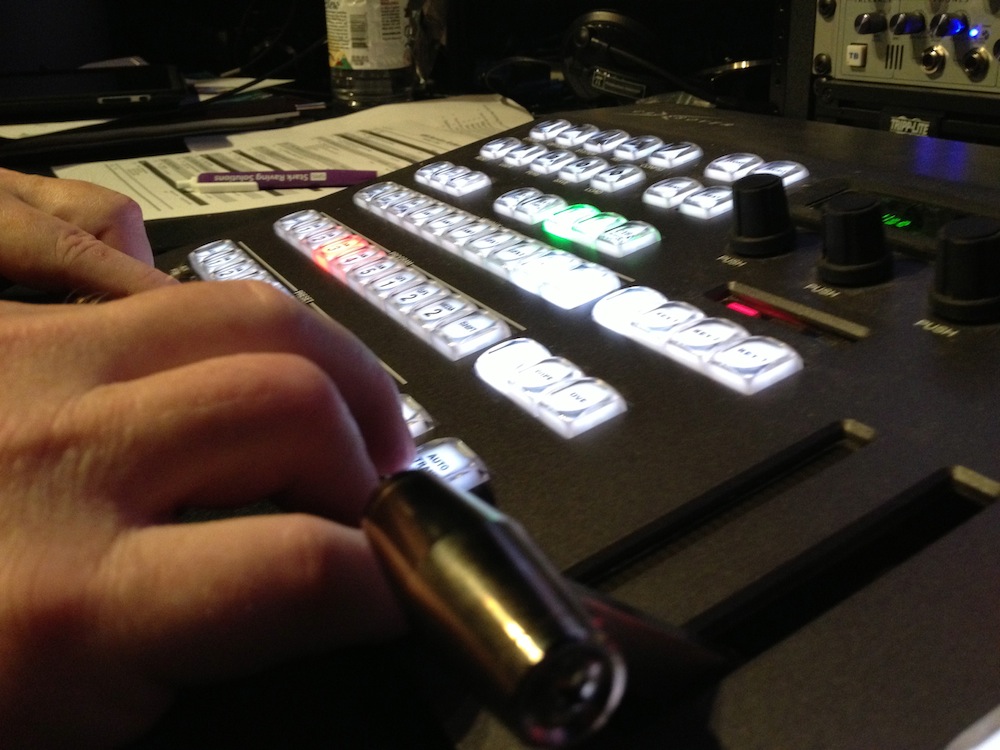 This is the control room at Biltmore Baptist Church, where I worked for several years doing original content during the week and running the IMAG team every weekend. This setup consists of:

Here’s a look at how complex the signal flow is for just the video signal of this system : 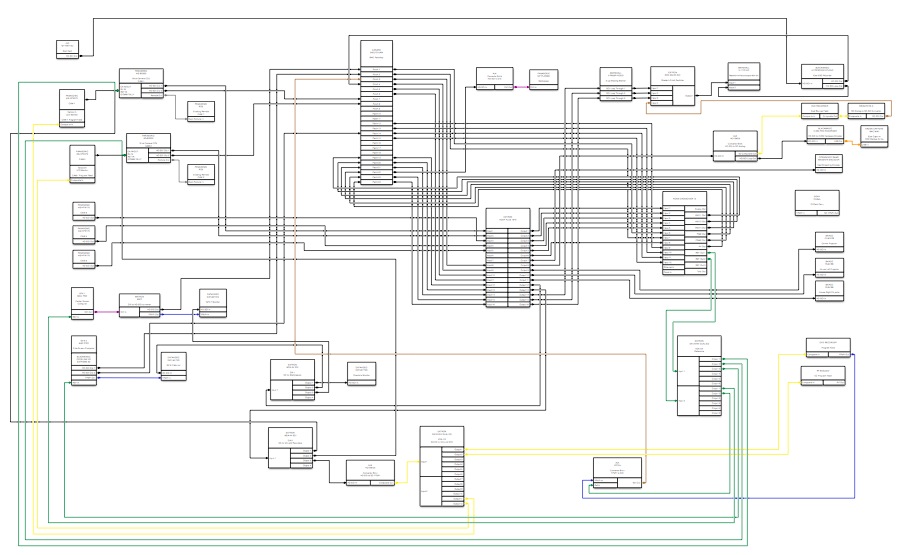 A setup like this can range anywhere from $100k – $300k or even more (this counts system design, gear, furniture, wiring, installation, etc.).

It’s actually possible to build a portable system called a “flight pack” on a (relatively) small budget. A flight pack usually breaks down into 1 or 2 road cases, and doesn’t include the displays (projectors, LED screens, etc.), with the idea that the venue would have these already and you would just hook into them.

A budget flight pack might cost in the range of $12 – $25k depending on the quality of gear you get. There are some great options these days for a good flight pack. Blackmagic Design’s ATEM line is an incredible value for what you get. You can use a cheap consumer LCD for your multiviewer, prosumer cameras have great image quality (we used 3 Panasonic HPX-170’s as the handheld cameras at Biltmore, and they looked great on the huge screens), and you can get separate ClearComm belt-packs and tally converters (like the one from DataVideo, though you have to do a little extra wiring) to give your prosumer camera most of the features of a full IMAG camera setup. You can even get A/V combo cables from companies like Canare that can carry HD-SDI, tally, and intercomm down one cable for ease of use. Some switchers have character generators built in, or you can look at cheaper systems like Compix, or even go with a non-traditional but very flexible mac based system like ProPresenter (which is what we used at Biltmore – it even has linear key capabilities!).

The above is just a very basic starting point if you’re interested in hacking together a budget flight-pack. There are also ready to go systems from companies like Mobile Studios, DataVideo, Newtek’s Tricaster, etc. If you do decide to make one, I highly recommend paying a professional to help you do the system design unless you really know what you’re doing; there’s a lot of details to take into account with the signal flow.

So there’a very basic introduction to the gear world of IMAG. The next two parts of this series will cover how it all actually works together and how to run it well! Read Part 2 here.