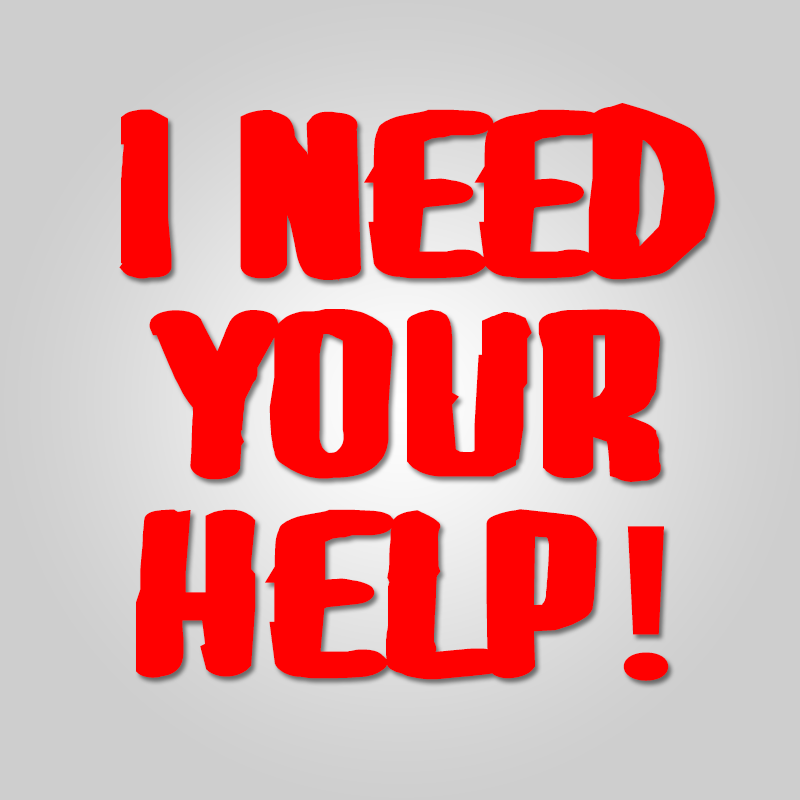 We’ve all been there! The all too familiar passion projects – ie: short films, documentaries, even feature films. When we create these projects we know in order to pull them off, we have to invite others to get the vision, to hopefully be as passionate about the project as we are, all in order to utilize their skill for either very low compensation or none at all. So who do you invite, inspire and convince others to join your team when money is scarce or no existent? How do you ask the people you know who are very talented to become part of your project knowing they will most likely not see a dime? Here are four things to remember when asking for free work.

This first point is probably the best point to make because it makes all the other points relevant and easier to follow. It goes without saying, you should be up-front and honest with the people you are asking. If there’s no budget to pay crew for your passion project, tell them right away and be honest. Whether it’s no budget or only $50 a day, let them know up front. Do not promise that they will be paid once you have a successful crowd funding campaign or that a rich relative will most likely come through. Those are not guaranteed statements. It’s ok to let them know you are seeking funding and if there is money left over everything else, then some compensation could be made. But if you do not have the funds ready to spend, it’s best to let them know from the very first conversation that there will be no compensation.

2. DO NOT EXPECT TOO MUCH

In my opening paragraph I stated we have to inspire others to join the team in the hopes that they will be just as passionate about our project as we are. Let’s face it, they won’t be. They may like you’re project, they even may be interested enough to help you, that alone is worthy of an ask. But just know, they will not be as passionate about it as you are. If they do agree to help, let’s be honest, they are involved for their own reasons as well. And that’s not a bad thing either. Maybe they want more experience, or they want to grow their skill, maybe they’re trying their hand at a new genre. Either way, you should not expect too much. What I mean by this is that if a camera operator can only give you two days out of the 7 day shoot, then take it and find someone who can fill in the other 5 days. It’s a gift when someone is willing to give you their skills for free and if they are gifted at what they do and are willing to give of their time and talent for free, then take it, again, it’s a gift!

3. GIVE MORE THAN YOU ASK

When we ask people to join our team and to give of their skill for no pay, it’s asking quite a lot. So you as a filmmaker or producer, need to be willing to give more than what you’re asking. You need to make sure they have everything they need for the shoot. You need to be on location unloading and loading gear. You need to be the first one to show up and the last one to leave. You need to be giving more than receiving. This not only shows leadership but it also shows your team that you are giving above and beyond what’s needed so they do not have to. It not only eases the burden from your team but it inspires the team to give more without you having to ask.

When it comes to sentimental things I’m not one to wear my emotions on my sleeve, however, this point I’m about to make does stretch me quite a bit in that area. Make sure you show how much you appreciate the work your team is putting in. And I’m not talking about just the wrap party or a free copy of the film, I’m talking about even during production. Each day or night that you wrap, try your hardest to go around and thank everyone for their hard work. Even for me I get caught up in trying to get everything wrapped and prepped for the next day so it’s hard to get to everyone and thank them personally but make an effort. Even if it’s the next morning, let them know your appreciation for their work the previous day… every little bit goes a long way!

And speaking of that wrap party, this is an opportunity to go the extra mile. On my last short film Fruitcake, we took pride in the fact that the entire film was produced, created and starred local Nashville talent. And for that reason we toasted using a local Tennessee drink. I bought a liter of the Jack Daniels Whiskey, brought as many shot glasses as I could get a hold of and we all toasted to a job well done. Now, it may not seem like much but again, every little bit goes a long way. Many people came up to me after that night and told me how much they appreciated the wrap party and what a pleasure it was to work on the film and thanked me. Again, these were people who I did not pay yet they’re thanking me for being on the team! It’s evidence that following these tips, being honest, not expecting too much, giving more than receiving and showing appreciation really does pay off in the end and makes for a better production and stronger relationships.

I wanted to clarify some things because, based on some responses I’ve received through Twitter and Facebook it seems some people are not reading the first paragraph or they do not understand where I’m coming from. I’m not at all advocating for paid productions to ask for free work. If there is a budget, even in a small one, the work that is being carried out should be compensated. If you can’t afford a 1st AD for your project, don’t hire one, find ways to work around needing to fill that position. I’m speaking on the topic of doing passion projects (as stated in the second sentence) where the filmmaker/producer/director is not getting paid. I’ve done a few of these projects and almost every single one of them I ended up paying for the production out of my own pocket. And in every case where money was raised, the crew was compensated. I have had great experiences doing these projects and many of the people that help me I use on my paid projects. It develops great working relationships and can lead to more paid work.

Some people have voiced that no matter what, no one should ask for free work. I’m sorry but I just don’t agree. Many great forms of art are created by people who help for free because they want to and love the craft. If you’re only creating to earn a paycheck then you’re missing out on the very essence of why artists create. And to explain further would require a deeper conversation than a one page blog post.

What things have you found to be beneficial when asking for help with your project?