I Have Yet to Metadata I Didn’t Like AI3:::Adaptive Information.

Contrasted with Some Observations on Linked Data 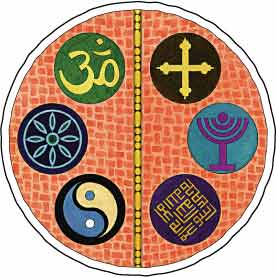 At theSemTech conference earlier this summer there was a kind ofvuvuzela-like buzzing in the background. And, like theWorld Cup games on television, in play at the same time as the conference, I found the droning to be just as irritating.

That droning was a combination of the sense of righteousness in the superiority oflinked data matched with a reprise of the “chicken-and-egg” argument that plagued the early years of semantic Web advocacy[1]. I think both of these premises are misplaced. So, while I have been a fan and explicator oflinked data for some time, I do not worship at its altar[2]. And, for those that do, this post argues for a greater sense ofecumenism.

My main points are not against linked data. I think it a very useful technique and good (if not best) practice in many circumstances. But my main points get at whether linked data is an objective in itself. By making it such, I argue our eye misses the ball. And, in so doing, we miss making the connection withmeaningful, interoperable information, which should be our true objective. We need to look elsewhere than linked data for root causes.

Observation #1: What Problem Are We Solving?

When I began this blog more than five years ago — and when I left my career in population genetics nearly three decades before that — I did so because of my belief in the value of information toconfer adaptive advantage. My perspective then, and my perspective now, was that adaptive information through genetics and evolution was being uniquely supplanted within the human species. This change has occurred because humanity is able to record and carry forward all information gained in its experiences.

Adaptive innovations from writing to bulk printing to now electronic form uniquely position the human species to both record its past and anticipate its future. We no longer are limited to evolution and genetic information encoded in surviving offspring to determine what information is retained and moves forward. Now,all information can be retained. Further, we can combine and connect that information in ways that break to smithereens the biological limits of other species.