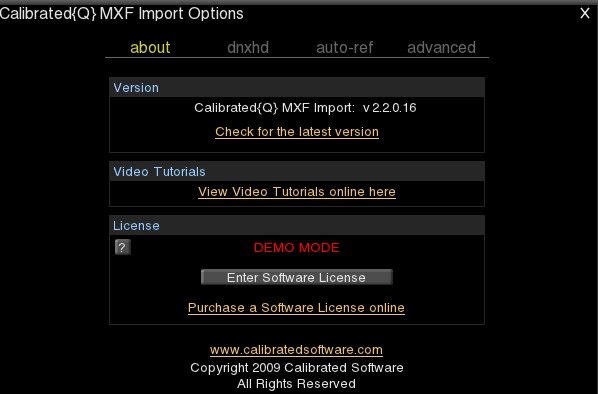 Here’s a handy little tip for viewing and previewing Avid Media Composer .MXF files outside of Media Composer itself. It came up via Twitter recently and it’s one of those little tips that I can’t believe I didn’t know before now. It’s mainly for those moments when you wonder … “what’s in the file that is called OS020705A01.CBA36E04F7E03DB.mxf?” Is a human really supposed to be able to read those things?

If you’re a Media Composer user then you probably know that Avid uses a specific type of MXF wrapper called OP-Atom. This separates the audio and video and while it might be great for the Avid it’s not that easy to see what those files are when looking at them in the Mac Finder. Couple that with cryptic file names that only the Avid (and file-based camera manufaturers) could love and there’s no simple way to look at Avid .MXF media outside of Media Composer. It always seemed to me there should be some type of small, free Avid media browsing utility but there isn’t that I’m aware of (if you’re listening third party developers get on that).

It was just this discussion on Twitter that led someone to point out that Calibrated Software’s MXF Import tool for the Mac has a free demo that lets you preview up to 30 seconds of a clip using that installed demo. This is often all you need to take a quick peek inside an Avid MediaFiles folder and see just what that piece of footage really is. And it’s not just for Media Composer files as there’s a good list of other MXF formats that it supports as well.

Calibrated Software has long made a number of MXF utilities for both Mac and Windows. I’ve used the software before to allow native MXF editing (in my case it was using Sony XDCAM directly in Final Cut Pro 7) in FCP7. They also make specific codec-type products that allow you to use certain codecs on Mac (without FCP being installed) and Windows machines. It can be some really useful stuff.

When you install the MXF Import demo nothing really noticable changes … until you look in an Avid MediaFiles folder on a media drive. 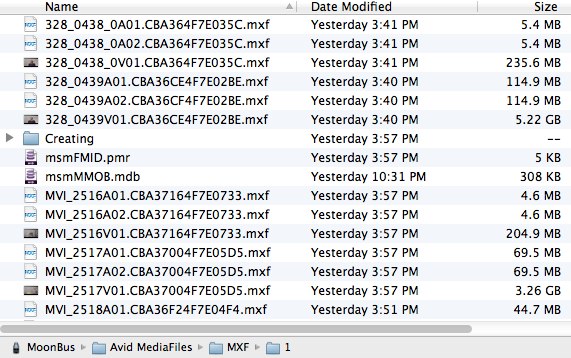 Once installed you can see the Avid media MXF icons have changed.

Suddenly all the Avid MXF files have a different icon and, depending on your Finder view options, you may or may not see an icon preview for the video files.

Adjust your Finder View Options if you don’t see (or don’t want the previews. They can take a bit of time to draw as the file has to be read off of the disk. I’m using TotalFinder so some of the menu items above might be different that what you see.

With the Calibrated [Q] MXF Import demo installed you can now open MXF files in any number of applications and get a short preview (like Quicktime Player). I like that Quicklook will now work on them as well as that’s the easiest way to just check and see what a file contains. Single click on the clip and hit the spacebar and preview the file. If it’s audio only (and there are a lot of audio files in an Avid MediaFiles folder since Avid’s OP-Atom format seperates audio from video) you’ll get an audio preview.

It doesn’t just stop there as the install includes a tool called Calibrated MXF QuickStat (this will now be the Mac OS double-click default to open an MXF file after installing) that provides a lot of detail about the file. It’s sort of a metadata browser. 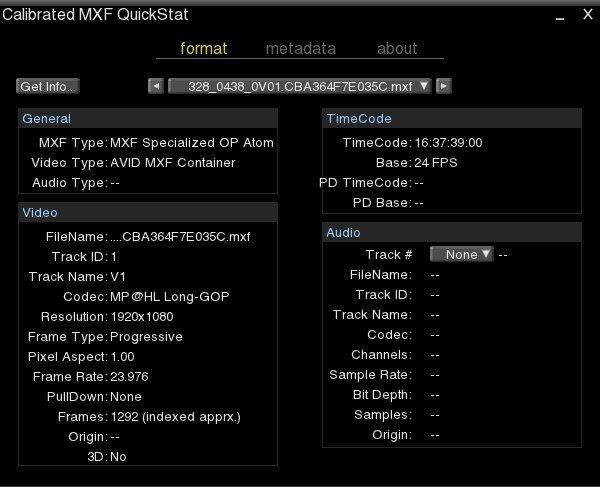 Calibrated MXF QuickStat gets installed and is a handy tools for viewing info about an MXF file.

Also check the preferences using the Calibrated{Q} MXF Import Options app for things like software updates and purchasing a license and a number of other important MXF related things. 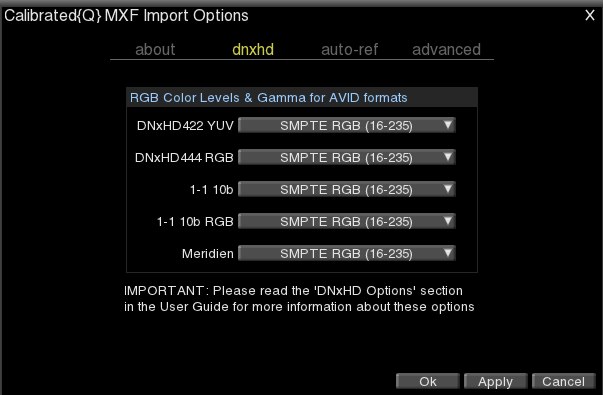 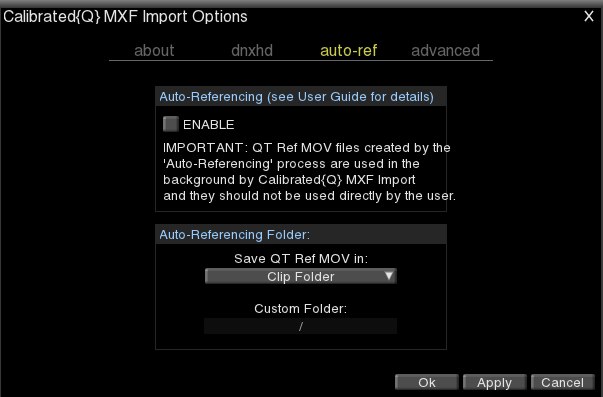 auto-ref is another option that I need to read the manual about. 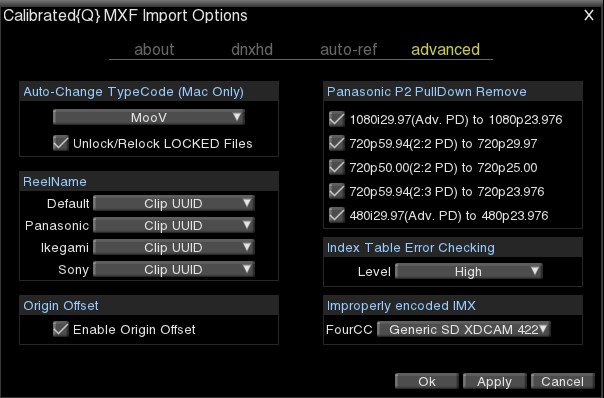 advanced is for dealing with MXF formats other than Avid’s.

The Calibrated{Q} MXF Import demo is available for free and the full software license is $249. If you work with a lot of MXF file formats (and there are a lot of them out there in the multitude of camera formats these days) then it’s bound to be a good purchase option. Check the Calibrated Software store for everything they have to offer. The company’s products were at NAB 2011 so if you see some of them at NAB 2012 be sure and check them out.