How to make a living in the post-post house world

Even in good times, video production/ post-production is a risky business. In bad times it’s downright foolish. A company has to be scrappy enough to weather the stagnant months, but robust enough to crew up for a big project that could walk through the door any second.

The San Francisco Bay Area has a vibrant, thriving, tech-forward economy that, despite all the brands and companies headquartered here, has put a lot of video production companies out of business. Blame it on the bad luck of geography: not close enough to Southern California to get LA work, but close enough to lose all the bread-and-butter economy building projects to enormous filmmaking industry in Hollywood. It’s just too easy for local clients to fly down to Burbank in the morning and come back home the same night.

The effects are hard on a tight-knit community. Over the last decade, I have seen many friends and colleagues give up and leave the Bay Area, or the video production industry altogether. San Francisco is not alone, the forces that are rapidly changing how media is created and consumed, effect every professional in the industry, everywhere.

This is why I think the story of Swordfish and Matt Silverman is so interesting, and a great case study for surviving, and thriving, in this roller coaster climate. Matt has pivoted (to borrow jargon from the Silicon Valley lexicon): from a guy that makes videos to a guy that makes videos that are also integral to the UI/UX (User Interface and User Interaction design) development of his clients products.

This article started out as a focus on how one post house was using the Cinema 4D and After Effects pipeline for combining live action material with computer generated stuff. Which is still a really interesting story, but I got sidetracked once I saw Swordfish SF in action and talked with Matt, the founder of the shop.

Matt started out in the Bay Area scene as a freelancer way back in the mid-90’s after attending SF State’s Cinema program. He worked as a Mograph (Motion Graphics) artist, software developer and interactive designer. He was the creator of the plug-in Color Theory and the QuickTime Codec, Microcosm. He was also the product manager for Commotion at Puffin Design. Like so many professionals in the Bay Area, Matt has a foot in creating images as well as designing the tools that make those images possible.

This is an oft repeated line in production and post, but not something many people actually believe, or practice. We are in an industry that fetishizes hardware, specs, performance stats and cost. This has been our fatal flaw. The days of building a reliable revenue stream around a digibeta deck are long gone, but the business model isn’t.

NO ONE NEEDS YOUR VIDEO ANYMORE

As Matt says, “No one will pay you to ‘make a video” anymore. And why should they?”

It’s too easy to do it. The tech companies of the Bay Area (Apple, Adobe, Google, etc) have insured this by dispersing the technology, simplifying it and productizing it, cheap. While simultaneously creating the framework for the easy and free distribution of content. Video creation has been rolled into an office admin skill set, like building a webpage. Will it be as polished as the product created by a professional editor with years of experience?

No, but it doesn’t need to be.

Most of the content created for our media-saturated environment only has to be good enough, and on-time, for the deadline. No one cares what it was shot on, or what it was cut with. This de-skilling of video production has had a deleterious effect on the local professional labor pool. Or as Matt says, “Bay Area professionals are in a tough spot. If a client needs a pitch video put together they can do it in-house, or with junior editors. If they have the budget to get top talent, then they head to LA.”

Professional “videomakers” have to offer a wider assortment of products, while defining new roles with the brands and agencies they serve.

In the case of Swordfish, the new thing that Matt and his team can offer is integrated UI/UX Design work. This shift in direction was partially serendipitous. Matt’s team was tasked to do mock ups for interfaces on a hand held digital product that didn’t have a completed UI yet.

This is not uncommon in the tech world, where hardware, software and promotional media are all being created simultaneously. With the desperate hope that each department will hit the release date at the same time.

It was in this chaos that Swordfish saw an opportunity — use the mocked up UI’s in the product demo video as the actual UI’s in the final consumer product. Mograph artists can iterate UI’s much faster than the software development team. It saves the client time, money, and integrates the larger product design process with branding and presentation.

USED COMPUTERS ARE ALMOST AS GOOD AS NEW ONES, BUT WAY CHEAPER

The other side of this is hardware. When building out his new facility, Matt looked at getting the 2013 MacPro’s and sinking a lot of money into hardware. After comparing specs vs price, he concluded that for a lot less money he could just scour Craigslist and snatch up used 2009 through 2012 8-core and 12-core Mac Pros for a piece. He kitted them with at least 32GB of RAM and 256 GB SSDs. The basic rule is to leave at least 100GB of the SSD as cache. For the cost a four or five top-end, brand new “trash can” Macs, he suddenly had a network of 25 machines clustered together with Pixar’s Tractor network rendering solution (http://renderman.pixar.com/view/pixars-tractor).

This works well for Swordfish, most projects are between 30-60 seconds long, there are ten artists on staff and they can ramp up with freelancers to meet need.

As far as apps go, Matt says, “We are really software agnostic. While most of our motion graphics work is done in AE, we have Nuke licenses for heavy compositing work such as the [renowned fine artist Matthew] Barney film work we did.”

After Effects and Cinema 4D handles a lot of the animation work, especially motion graphics, “but we still use Maya for projects such as photo-real product shots with VRay (we use Vray for C4D as well). And Mauchi [Baiocchi] is a Houdini wizard, using it on most of his projects, especially those requiring complex data sets, procedural animation and simulations.”

All this useful, beautiful work isn’t restricted to product videos and mock-ups either. Some of Swordfish’s clients have proprietary tools for translating After Effects and Maya/Houdini projects into code, and for those that don’t there’s other options such as Youilabs’ proprietary service which can translate After Effects motion data into iOS and Android code that developers can immediately put to use. Matt and his team don’t have to actually write code to be a part of his clients’ software dev teams.

What started out as an idea for one client, UI/UX design now represents half of all the work at Swordfish and seventy percent of its revenue. Matt’s takeaway from this is to, “find a niche within a niche. You take the thing you know how to do, that maybe only a handful of people can do, and focus on that.” 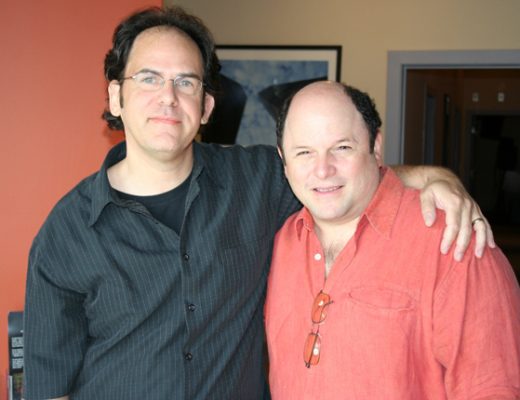 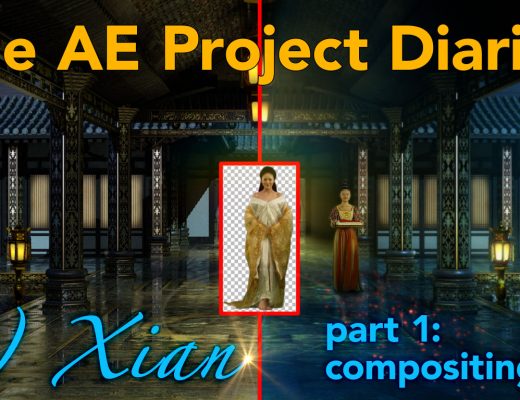 When I started on the Xian project in 2011, it was the largest and most complex compositing project I...