How to Integrate Social Media With Traditional Media | PrintMediaCentr.com.

Is your social media program fully integrated with your traditional marketing program, or are you just bolting on “Follow me on Twitter/Facebook” to your ads and fooling yourself? 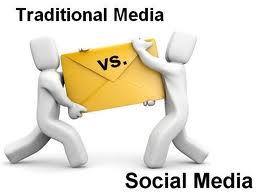 If you’re running a truly integrated program, congrats. You’re among the elite. Like the Marines, you’re part of the few, the proud, the enlightened.But for everyone else, the question that constantly floats around boardrooms, ballrooms and conference panels is “How do I integrate all of this new social media with my traditional advertising and public relations campaigns?” Yes, social media is growing up, and in 2010, marketers don’t just want to know how to use Twitter and Facebook, marketers want to know how to integrate Twitter and Facebook into their advertising, direct marketing and public relations campaigns.

I think the problem is that most people are asking the wrong question. When you ask someone to tell you how to do something, you’re asking for a process that you can replicate. But that is just one process. Sure, it worked for them (and maybe you) this time, but is it truly replicable? Will it work tomorrow or the day after that?

So instead of asking how to integrate all of it, maybe a better question would be to ask “how to think” about integrating social media, digital media, old media and the blending of all of it. We need to be asking for a framework, not a solution.