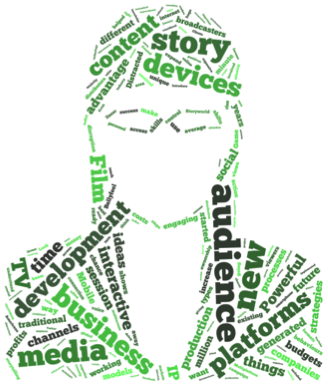 What’s your batting average for getting transmedia commissions to greenlight?

Several years ago, I knocked on the door of every single broadcaster, digital network, funding body and philanthropic organisation in London. I was raising funds for a transmedia thriller that mixed up web serial, mobile, live event, social, UGC and games.

This project was a follow-up to a double Webby award winning interactive film that I created out of blood, sweat and tears – funded by some heinous corporate training films I was producing at the time…

The interactive film I was following up was called Crimeface. This project wasn’t a commercial success, but it was critically acclaimed and had hundreds of thousands of visitors to the site.

With the new thriller project, I switched from the format of ‘Interactive Film’ (single screen) to ‘Transmedia’ (multiplatform and social). The best chance of getting a positive ROI for funders was to build an audience for the story socially across different platforms. So transmedia development and delivery was a logical next step, as our team had created many other projects with a storyworld basis.

So things were in good shape, so I thought.

Everyone I saw was interested – but nobody wrote a cheque.

You know how that goes?

I soon realised that greenlight scenarios are better negotiated by media companies who have the relationships with funders in place already. So I took that on board and changed my mode from independent producer, to collaborator and consultant.

Since then, I have greatly improved my greenlight batting score by teaming up with forward thinking ‘traditional’ Film and TV producers. Over the last few years, we have produced together some great projects and we got paid too.

The Transmedia project I was pitching? We did get some seed funding and rolled out a pilot. The pilot gained good audience numbers and reviews but still wasn’t able to get into the 2nd act – both creatively and financially. (Though creatively it’s the best 1st act I’ve ever been involved with!)

Following on, my business, the business of stories and technology, has developed much more towards collaboration with traditional media companies. And currently that’s where the money is to greenlight Transmedia projects.

Whilst these relationships aren’t always easy, and I have fierce competition from digital agencies (who act like they’re storytellers rather than the profit guzzling leeches they really are). It does mean that there are funds to develop new platform and device experiences. AND there is the will to make it a magical storytelling experience, in harmony with the story being told in the Film or TV show.

The Audience Are What?

One of the most important things I have to define in these collaborations between new and old media is the relationship with the modern audience. Understanding how the audience has changed and how to turn the changes into competitive advantages is the most crucial aspect of expanding traditional media into profitable transmedia business models.

I recently wrote a report about this, “The Audience Is Revolting”. This free report looks at the modern audience through the lens of their new desires and behaviours. It gives real strategies for “traditional” media producers who want to take advantage of new device and platform opportunities to expand their audience and increase profits.