It’s a thankless but crucial job. Be kind, and they’ll come through for you when you really need them to.

A lot of people are starting out at the top these days–just buying a camera and starting a career shooting. That's cool, but cinematography is a collaborative craft. You have to know how to work with others, especially those that work for you. Let's talk about camera assistants for a moment…

Back in days of old it was common for a DP to have worked their way up through the camera department. They'd start off as a loader or second camera assistant, work their way up to first assistant over the course of a few years, work a decade as a first assistant until moving up to operator, and–at some point–getting the chance to prove themselves as a DP.

These days it's much more common to just buy a camera and start shooting. That approach has its merits, but as all the popular cameras have 35mm-sized sensors you'll have to work with a camera assistant at some point. If you've never worked as one it's a good idea to try to understand what it is they do, how hard their job is, and what they need from you to have half a chance at getting anything in focus.

There are DPs who will consistently give their assistants a stop of T1.4 or T2 with an attitude of, “If this assistant can't do it I'll get someone who will.” That's unfair and slightly stupid, because that wide a stop severely limits how well an assistant can do their job in a number of circumstances.

Documentary camera people learn to pull their own focus, and while it's a bit tough to do they are most often working with cameras that have small sensors and, as a result, a fair bit of depth of field. That was the most common complaint for years about video cameras: 1/3″, 1/2″ and 2/3″ sensors made it difficult to throw backgrounds out of focus because nearly everything was sharp, and that made it difficult for a cinematographer to use focus to direct attention, particularly if the background was cluttered and busy. Still, it meant that the camera could be operated by a single person who could ensure that 98% of their footage was in focus.

I transitioned from film into video when I moved away from Los Angeles, shortly after winding up my career as a camera assistant, and I discovered that it wasn't terribly hard to pull my own focus on a 2/3″ video camera. There was a certain knack to it, with the hardest part being that the focus ring was non-linear: the farther the distance the closer together the focus marks were. This meant that if a person was walking toward me I'd have to instinctually increase the speed of my focus pull as the near focus marks spread farther apart. A little focus “buzz” wasn't that big a deal as everyone understood that in run-and-gun doc-style production you'd get a bit of that.

35mm-style filmmaking is very different because depth-of-field is vastly reduced. It's impossible to pull your own focus because the tolerances are so small, and by the time you see the shot is out of focus it's too late: that's what it is. That's why a camera assistant is so handy to have: they can use a measuring tape or some other measuring device (most assistants use some sort of digital rangefinder these days) to measure how far away the subject is from the camera over the course of a scene. Because they can see the action in three dimensions and aren't limited by the edges of the frame they can follow focus using real world references. An operator can't see focus at all as they are watching a 2D image in the viewfinder with no sense of depth.

A good assistant will generally know when they've missed focus on a shot, but in the old days it was 50/50 whether the camera operator or assistant would be fired for consistently soft focus.

The person looking through the camera was generally responsible for saying whether the shot was good or not. Now that we're predominantly shooting HD the director probably has the best view of all, which is unfortunate as they may not be paying attention to technical issues like focus during the take. This means the camera assistant still has to know when a shot worked or didn't work for focus because the operator often has the worst view of anyone on the set.

Here's when your assistant is going to need some help:

Rookie assistants will keep a death grip on the focus knob during tough shots, which can interfere with camera moves. A focus whip allows them to keep their grip while giving the operator more flexibility to make subtle camera moves.

Here's how you, as an operating DP or camera operator, can help your assistant do their best:

I try not to let modern assistants pull focus off their monitor. If they're pulling focus off the monitor then I might as well do it, because I've been doing it longer than they have and I'm better at it. The entire purpose of an assistant being there is to take care of focus so I don't have to worry about it, other than to say whether it was in or out, and the best way to do that is to watch marks in the real world. The one time to look at the monitor is after an actor or object lands on or near its mark: the monitor can tell an assistant whether they nailed the end of the shot or not, and help them adjust–subtly–if they missed.

I also encourage assistants not to rely on eye focus marks when possible. They'll have to look through the lens to get marks for long lens shots, but the rest of the time they really should use a tape measure or other measuring device so they can learn to estimate distances accurately. This helps them considerably on dolly and crane shots when everything is moving. One of my mentors told me that a good camera assistant should be able to estimate, within one foot, the distance from the camera to everything on the set.

If you're a DP or an operator and you like your assistant, try to cover for them on the rare occasion that they miss a shot. In the old film days we'd often make the assistant check the gate and then report there was a hair in it, which is a blameless reason to redo a shot.

If you don't like your assistant then be sure to yell loudly at the end of every take, “You missed focus AGAIN!” They'll be gone soon enough but make sure your assistant really can't do the job, as opposed to missing focus on shots that are unrehearsed and really difficult.

Occasionally an assistant will run into an operator who will insist on giving the assistant marks through the lens themselves, and won't let the assistant look through the camera. This is less of an issue these days as it's common for camera assistants to have their own critical focus monitor, but in the film days it could be a real problem if your operator was mostly blind or not very careful at giving marks. One assistant I knew had an ingenious solution: he'd reach in front of the operator, grab the base of the pan handle, then lean toward the eyepiece while bending his arm outward forcefully. His elbow would smack into the operator's chest and push them away from the eyepiece, and he'd slide in and get his marks. (He always made sure to say “Excuse me!” when he did that.)

Like everything else in this business things generally work better when professionals collaborate. The DP/operator-assistant relationship is one of the closest on set. Don't take it for granted. Do, together, what it takes to get the shot. 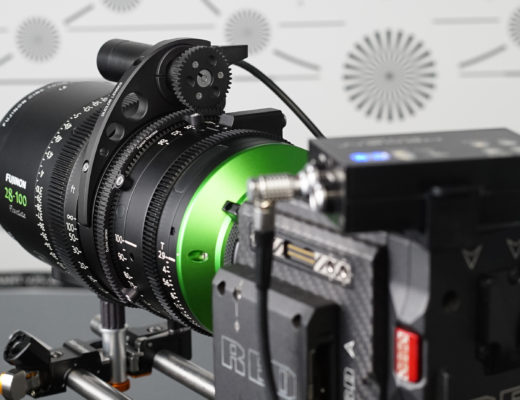 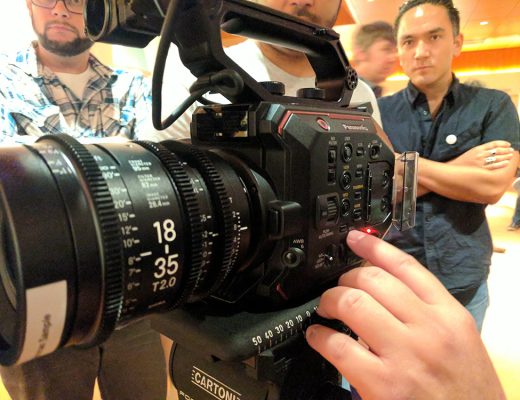