Alden Fertig, Ustream’s Director of Customer Success, talks to us about what it takes to stream an event

The PVC general mailbox is a collection of messages from users across the Internet and all over the world. It can be a great resource for us, as we get a fair share of industry announcements as well as emails from folks looking to showcase their talent or work. But of course, we also get emails from seemingly every prince in the world who is looking for our help with moving 5 million dollars out of their home country. Nigeria doesn’t seem to be a very big place, but they sure do have a lot of princes.

One type of message that comes through almost as frequently is from individuals and organizations who are curious about streaming logistics, as many people are trying and figure out where they should start, what are the hardware and software requirements and what sort of experience they’ll be able to create with their event. PVC contributors like Allan Tepper will write about streaming devices every now and then, but we wanted to put together some info for anyone who is just getting used to the technology and the logistics. 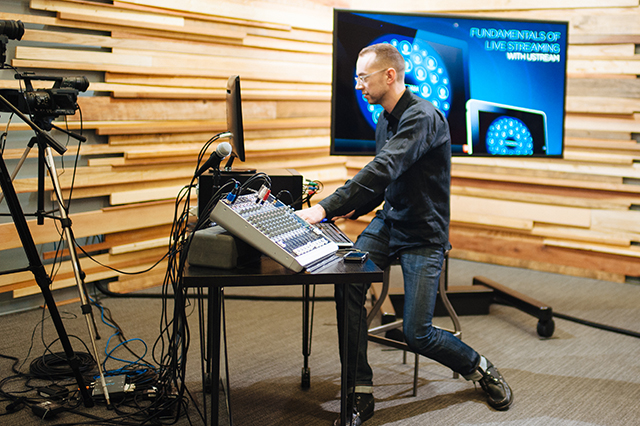 That’s why we talked with Alden Fertig, Ustream's Director of Customer Success. Ustream is dedicated to the power of live video, and of course that is utilized via their streaming platform. They’ve got some relevant experience in this area after powering more than 85 million live streams, and Alden was able to tell us about streaming technology and bandwidth requirements and how streaming an event can and should be approached.

ProVideo Coalition: How has the ability to stream events changed things for content producers?

Alden Fertig: There are three different types of “content producers” we can think about here.

First, there are people who have been creating audio and video content for years.  Someone like Leo Laporte, who started out in broadcast radio, then got into podcasting and recorded web tv shows, and now streams all of his shows live as he is still recording them and distributing them in both live and VOD form. For someone like Leo Laporte, streaming live means he can doing something more exciting, interactive and engaging than VOD.

2nd we have people who are producing “real life” events, like conferences, concerts and churches.  These people have been producing a live show for years, but only recently did they realize they can reach a wider audience than just those who can attend in person.  Some of this group is still scared of streaming.  They think that offering the event on a live stream will mean people won't show up in person.  Anyone who actually streams their events never finds this to be the case.  In fact, its usually quite the opposite.  TechCrunch, a popular tech news site here in Silicon Valley host a conference in NY and SF every year.  I think it costs around $2,000 to attend in person.  They stream the entire thing (not just a few keynotes, the stream every single keynote and panel, plus additional backstage content in person attendees don't even see…)  on Ustream every year for free.  And despite “giving away” the content, they are continuing to sell out the conference every year.  When you watch the stream, it makes you want to attend in person.  The stream is marketing and promotion for the “real” event, not a substitute for it.

Our third group of content producers really understand the marketing power of live streams.  These companies you wouldn't typically think of as being content producers, but they definitely are now.  For them, the best marketing for their main product is to stream live content that matches with the lifestyle and values associated with their product or service.  A great example of this would be Salesforce.  They've been streaming their Dreamforce conference from San Francisco, as well as smaller events in other cities around the country with a huge audience every year.  Dreamforce is a massive event.  It's partially about their product, but also a big meeting of the minds of business and a healthy dose of straight-up entertainment as well.  Companies like Salesforce are finding that streaming massive live events like this has a greater ROI than many traditional marketing activities.

Al Gore's 24 Hours of Climate Reality is a really innovative event that we streamed on Ustream the past two years.  They broadcast from every time zone around the world for 24 hours to raise awareness around Climate change. More examples of innovative uses of Ustream can be found here: http://www.ustream.tv/casestudies 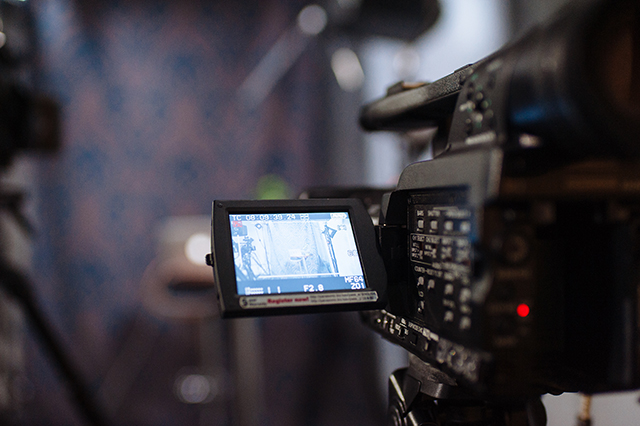 Is there a particular type of event that seems to be streamed more often than others?

Yes, events that make the most sense to stream live are those that have a particular value when they are watched live.  There is something that is immediate, important or newsworthy about them, so you want to experience them live.  News, Sports, Conferences, Product Launches, Concerts, Meetings and Meetups.  In addition, 24/7 streams.  All of these things you want to experience live.  You can't just watch a recording later, its not the same thing.

What kind of hardware and software requirements are there when it comes to streaming?

In short, the best bandwidth and the most processing power you can afford. You can stream with just about anything, but you need good bandwidth and a good computer to be able to do HD streaming.

You can stream with as little as a mobile phone or a laptop, but pro-quality streams require a fairly powerful processor with video capture cards or boxes or you need a dedicated hardware encoder.  Check out some more details here: https://ustream.zendesk.com/entries/22962268-Encoding-Specs-and-Stream-Settings

It seems like the most popular piece of hardware that's utilized to stream an event is the TriCaster. Would you agree with that? What are some other options?

TriCasters are popular, but the most popular piece of hardware that's used to stream to Ustream is a laptop or desktop computer with our Ustream Producer software installed.

Teradek products, like the VidiU and the Cube are also very popular.  Other options include Telestream's Wirecast, Adobe FMLE, or higher end pro encoders from companies like Capella Systems, Elemental and Digital Rapids.

How do bandwidth requirements factor into streaming?

Our rule of thumb is you should have minimum 2x the bandwidth of the bitrate you plan to stream at.  Most encoders are variable bitrate, so whatever you set as the bitrate in your encoder is only a target, and the actual bitrate and bandwidth used will swing higher than your target.  The headroom is important so that if your bitrate spikes, you still have enough bandwidth to cover it.

On average, how many people are involved when an event is streamed? What's the least amount you've seen? And the most?

Least amount is none.  Plenty of streams are running automated 24/7.  Obviously initial setup and maintenance is required, but one of the Ustream broadcasters we love is Explore.org  They run over 50 live 24/7 nature and animal cameras.  Most of these are in remote locations and volunteers sometimes operate pan and zoom controls, but often they run completely automated.

That is pretty hard to say because it depends how close to the stream we can include in the numbers of people. But to produce a large scale event like the Outside Lands Music Festival, or Salesforce's Dreamforce Conference, or Sony's Playstation 4 announcement, let's just say there are a lot people involved : ) 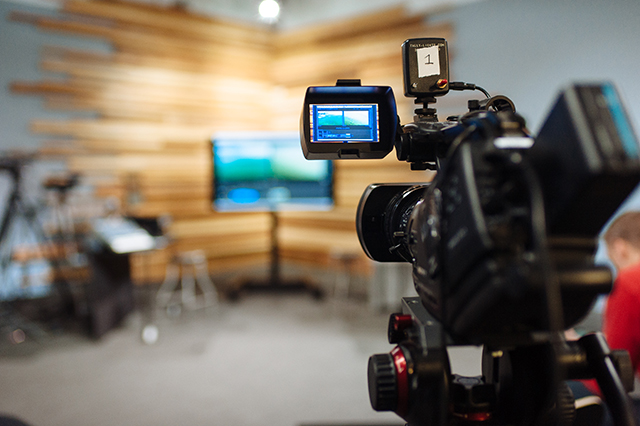 What sort of feedback do you typically get from people after they've streamed something for the first time? Are they relieved? Asking about ways they can improve? Anxious to do more?

Let's say you're looking to stream an event and have no idea where to begin. What should be someone's “first step”?

1. Create a Ustream account for free and hit go live.

If you want to learn how to do everything, watch our Fundamentals of Live Streaming, free one-day video course. It will teach you everything they need to know.