In 2003, when I was taking a small handmade promo of Sofia’s Diary to broadcasters, mobile operators and Internet portals, I had no idea about the potential of Transmedia and the way audiences were changing their habits of watching entertainment, especially television. I just knew that I had this little character that was conquering thousands of fans through the Internet

At the time I knew it didn’t make any sense to limit the content to just one platform. This self-funded multi-platform approach paid off and let our small story become a mass-market phenomenon, becoming one of the top TV Shows on Portuguese broadcaster RTP, a book sensation with almost half-million books sold and a licensing hit. In 2006 the show went international, was sold to Sony Pictures Television and is now localized in 10 territories around the globe. 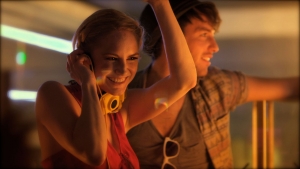 Ten years passed, beActive developed and produced several other Tansmedia properties, from Ireland to Brazil, and the model of distributing this type of content changed. Social Media is now part of audience’s day life, second screen experiences are conquering the preferences of millions of users and we, as consumers, demand stories that adapt to this new life style. This is why we developed Beat Girl.

Beat Girl is a Transmedia series designed to embrace the opportunities offered by the digital world, along with the great storytelling originally found in major film productions. The Beat Girl storyworld includes a Feature Film and a TV series, a Webseries, a Novel, a Mobile App and in 2012 it was the first drama series on Pinterest. According to Digital Dot Magazine it was the 8th most influential profile on this new social Network (beating Barack Obama that was 9th). Further to all this, Beat Girl also has an extended social media presence supporting the project through cross promotion on different social networks.

But even after all these experiences and case studies, the big challenge to producers and broadcasters is to understand the fact that different media requires different languages, approaches and probably different storytelling structures and formats. Historically, new media (cinema, radio and TV were once new media) in their early years usually borrowed their language from existing media. As these “new media” grew up and conquered audiences, they developed their own language and formats. 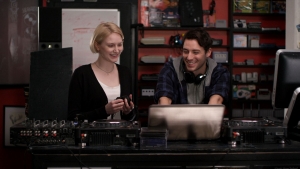 On the creative side, beActive has been embracing all of these new platforms and the social media phenomenon in order to allow our writers and creators to tell better stories; stories that engage audiences on different platforms throughout the day. Most of this story-relevant content will not fit the rigid format of a half-hour TV comedy-drama, but it’s ideal content for the aforementioned different platforms, and helps in building a fan-base and making sure that that fan-base connects at a deeper level with the main characters and their motivations and plotlines.

On the financial side this strategy is also paying off. Our Transmedia shows have been broadcasted and localized around globe and more recently BEAT GIRL has been picked up for a US format deal. The North American format rights to beActive’s Beat Girl were picked up by multimedia studio Electus. The company is headed up by Ben Silverman, who was behind the reversioning of both Ugly Betty and The Office in the US. In Europe, the Beat Girl: The Movie, the feature film spin off of this Transmedia series is opening on European Theaters on May 10. The Book, the soundtrack CD and the mobile Game are already bestsellers around the world.

Nuno Bernardo is the founder and CEO of TV, film and transmedia production company beActive. He is also the author of a book, The Producer’s Guide to Transmedia. Find him on Twitter and Facebook. http://pinterest.com/beatgirlworld/