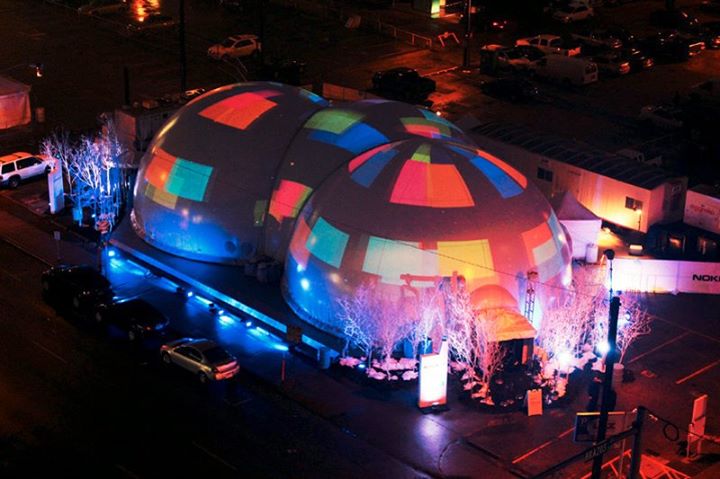 The great thing about this gig I have with Createasphere right now, is that I get to do an amazing amount of research and trends tracking.  Today, a colleague turned me onto Ted Hope's HOPE FOR FILM blog.  In particular, he wanted me to read the two blogs he just posted called A NEW ERA REQUIRES A NEW PITCH, Part 1 and Part 2   In these articles, Ted writes about the need for filmmakers to design “niche audience, world building” stories versus a traditional linear one off story.

And — just this morning I read quotes from transmedia producer, Nuno Bernardo of BeActive Media in an interview with Power to the Pixel's Rosie Lavan:

“PttP: Times continue to be tough for the creative industries. What are the main challenges for cross-media today? Are you optimistic about the future?

NB: In my view, one of the major changes we’ll see in the future will be a clear definition of terms and buzzwords so that when we are discussing cross-media, transmedia or multiplatform applications we’ll know exactly what we’re talking about. This is not to say that any one of these terms is incorrect, but we will only be able to effectively promote cross-media and other forms of digital content production and distribution if the industry at large knows what we do. Nailing down our own terminology will help us to show our more traditional colleagues the value of cross-media beyond the buzz. Once we clarify the many different approaches to telling stories using new digital platforms, and the ways in which those platforms can be utilised to enhance audience experience, the establishment will begin to understand the advantages of cross-media’s production and business models.

The second change I anticipate in the future involves the cross-media funding model. Currently, there is some movement within traditional funding institutions; broadcasters, film funds and private equity investors are all adapting to the new world of digital media. Some film funds are already investing in digital content, video games and digital marketing campaigns. Others are developing ‘experimental’ and ‘innovation funds’ so projects that are not based on film or television formats can also benefit from an injection of early stage funding.

Furthermore, future industry leaders should subdivide funding budgets into two categories: intellectual property funding for early stage development of concepts and stories which are not (in their initial stages) aimed at a specific traditional platform; and platform funding which would facilitate cross-media producers in developing products for specific platforms from television shows and feature films, to mobile applications and video games.”

Having spent over 20 years working at Paramount and Universal I was fortunate to work in mainstream television and feature films with incredibly talented storytellers.  As a development executive, I quickly learned the value of IP as I sought out and optioned underlying rights from other media platforms such as; books, plays, newspaper articles and even the paintings of Norman Rockwell, to develop into potential TV series, MOWS or feature film concepts.

I find myself today, working alongside my partner in an exciting new emerging media platform — the 360 full dome.  We own and operate a 50 foot theater at LA Center Studios in downtown Los Angeles and have been working with a growing group of artists passionate about exploring and creating in this space.  The 360 immersive experience — yet another platform to extend a story world into or birth one from.

I do believe that refining our understanding and definitions of the buzzwords such as; transmedia, cross-platform, cross media, multi platform, etc. is essential as we move forward as story world creators and builders….  It's an exciting space and one filled with so much possibility and creativity.

It's our hope that the articles that are being contributed to this site by some of the most progressive writers, creators and educators in the space will help inspire greater awareness of the techniques and technologies for approaching this new era of storytelling and content creation.   And — that the community building companion to the Transmedia Coalition, the TransVergence Summit, will provide a robust annual gathering where creators can  connect and network with experts in multiple fields of the media and entertainment storytelling landscape.

Here's to a New Era of Storybuilding!