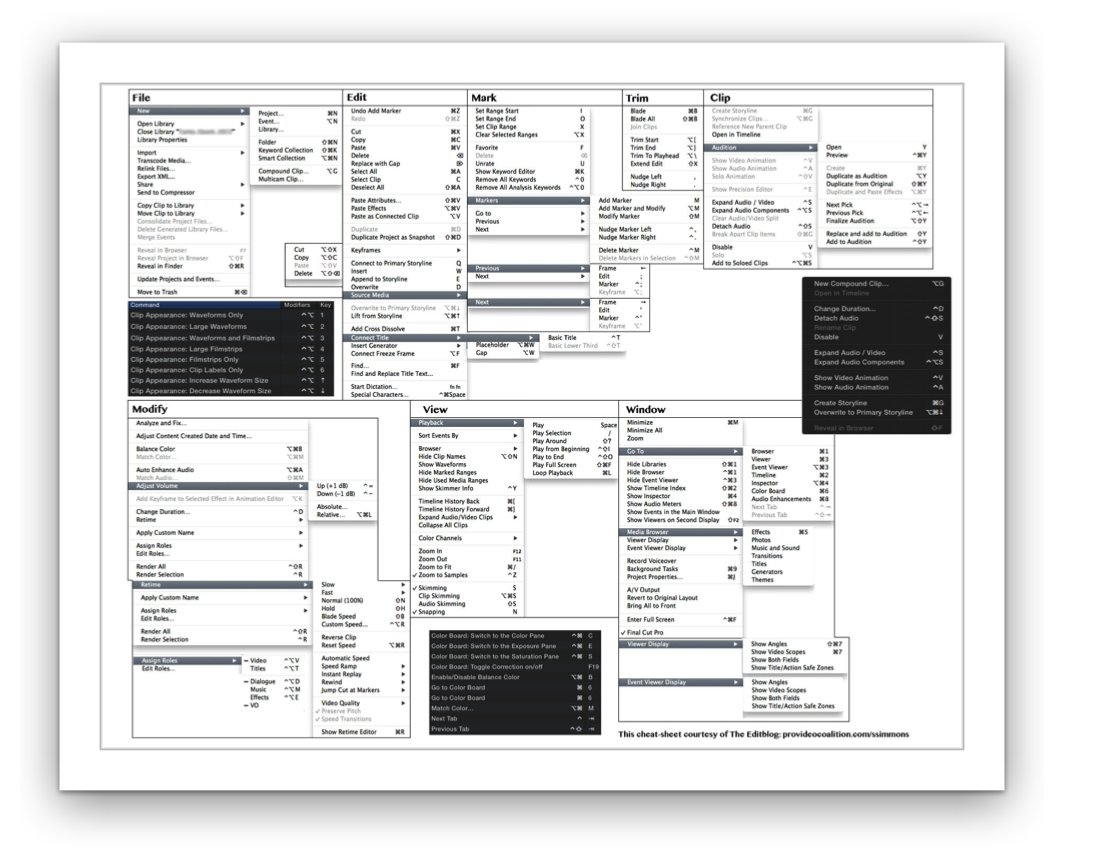 I’m currently deep into the biggest Final Cut Pro X edit that I’ve done to date. Back when FCPX was new I did a webinar where I gave out a document I had made of some of the FCPX menus to help learn the keyboard shortcuts. I thought it was a good time to update that menu list since there’s many new keyboard shortcuts and menu commands that have come along since those early days of FCPX. There’s a lot of shortcut lists out there but they are just that, lists. I have found this image display of the FCPX menus and sub-menus to be more helpful for quick reference.

One thing I have decided not to do with FCPX is remap the basic keyboard mappings. Not because I think they are brilliant but more the fact that FCPX does editorial in a different enough way that some of the keyboard shortcuts I’ve long since used (read the Keyboard Manifesto for more details) aren’t as relevant in FCPX as they were in FCP7, or Avid Media Composer or Adobe Premiere Pro. That’s not saying I won’t remap after this big job but the default keyboard layout in FCPX is much better of a layout than the default Final Cut Pro 7 layout ever was.

Another reason I made up this menu details is that there are a lot of operations that require a lot different modifier keys to perform. The s key alone can have two and three key modifiers added to it to deal with lots of different audio operations. It’s great we have so many keyboard shortcuts (and great that so many of them are mappable in the keyboard editor) but remembering them all when you aren’t in FCPX on a daily basis can be challenging.

So give this image a print or open it on your iPad or toss it onto your second editing display. There’s a few other items I’d like to add to this image so I’ll update it at the same link if and when I do. Some menus don’t have all of their submenus in the image either because I ran out of room or they didn’t have many keyboard shortcuts associated with them. There might be one or two that I’ve change from their default but I think I tried to make most of this all the default keyboard shortcuts. If you find this cheat-sheet useful feel free to pass it around but please give a tweet or a link back to this blog post where you found it. Happy Editing! 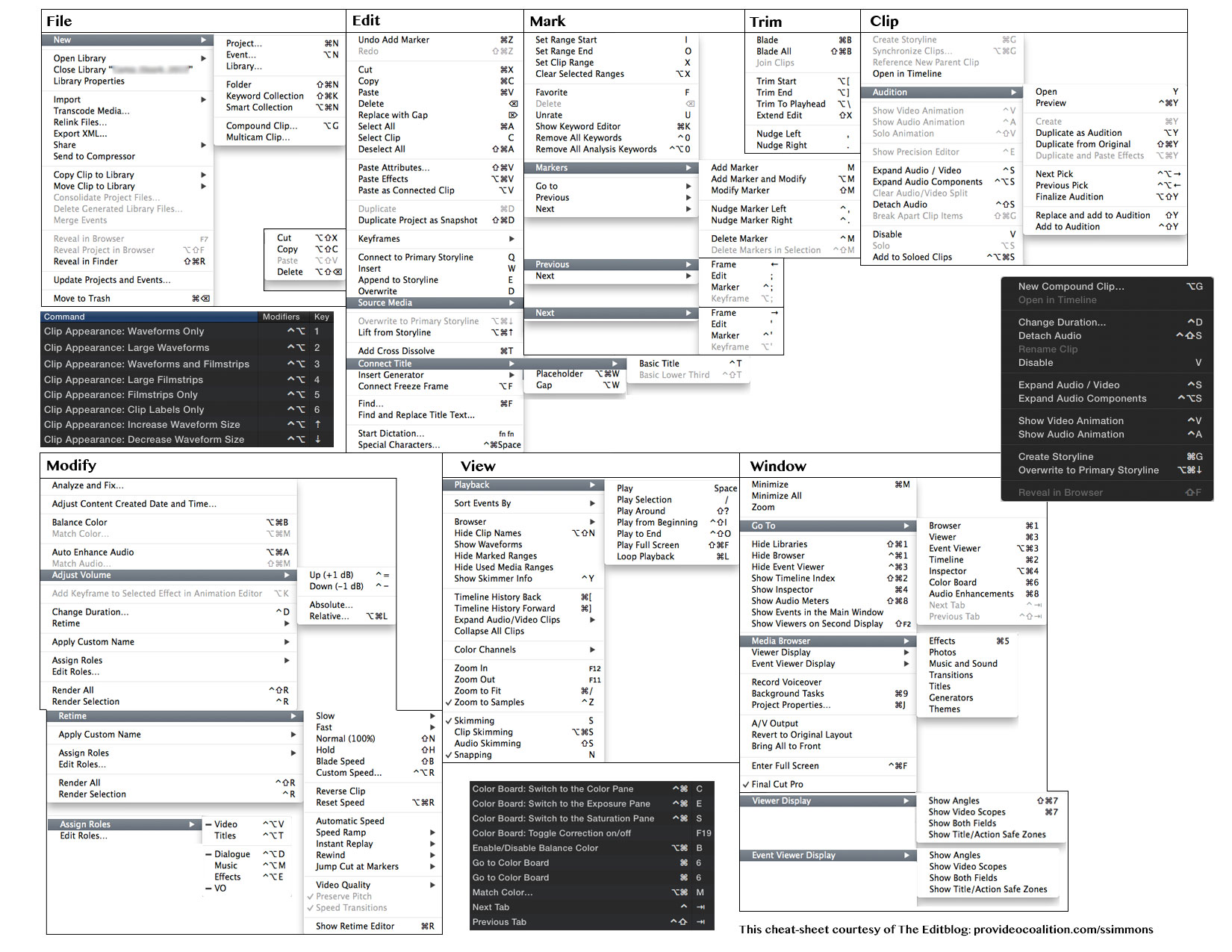