There’s a difference between “terror” and “horror.” “Terror” is in short supply. Here’s where to get some. 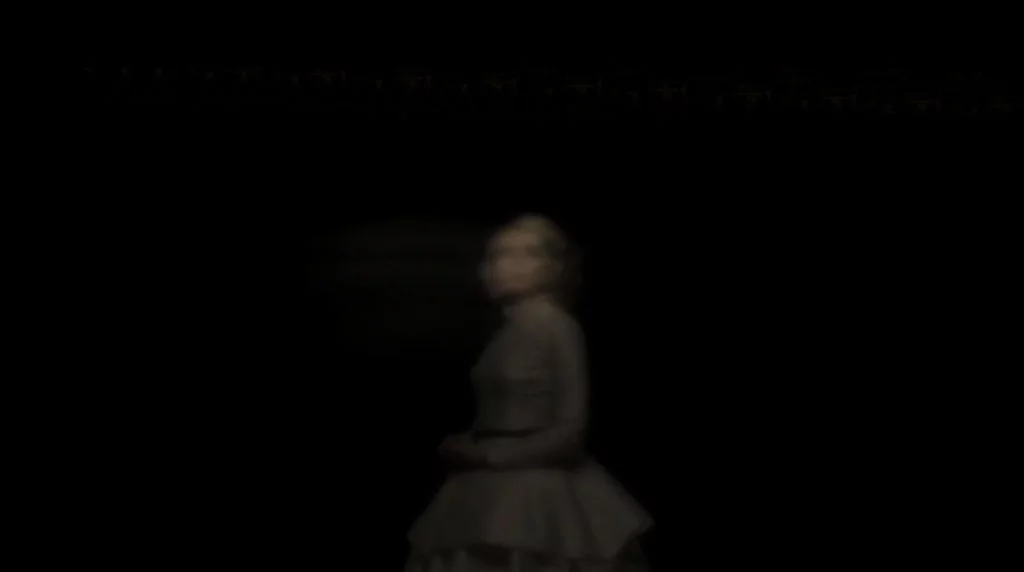 “Terror is smelling a corpse, while horror is finding it.” Gothic fiction defines these terms as very different things, and until recently I didn’t know how to describe the kinds of films I sought at Halloween but can almost never find.

Ghost stories, time travel stories and political thrillers all share a structure in common: the plot itself is hidden, and it’s up to the protagonists to discover what it is to save themselves. A ghost story is the story of someone searching out yet another story, in the face of events that don’t make sense until the structure of that underlying story is revealed.

There’s a tremendous sense of satisfaction for me in watching a film where it makes more sense over time. In the beginning, unexplainable things happen for no apparent reason but they all have some sort of theme in common. By the end, everything that went before makes sense.

So, on Halloween Eve, it seems only appropriate that I roll out some of my favorite haunted house and ghost movies. I’ve already written extensively about one of them, but I’ll throw in some notes about the others as I go. What these have in common is that the ghosts are very rarely seen, but their influence is felt everywhere.

I wrote about this film five years ago in this article. For me, it is by far the haunted house film against which all others are measured. It’s a bit dated now, but the sense of dread holds up nicely, as does the sense of the house as a character.

It’s best if you just go read my article, as otherwise I’ll simply end up repeating myself. Here’s a taste, though, of the craftsmanship at play in this film—watch all the way through, past the opening credits, for the brilliantly edited introduction to the house itself. Notice that every time someone dies, there’s one extra little detail that drives that death home: dropped keys, a shoe falling to the floor, a bracelet sliding down a wrist. Those little touches make each incident feel gruesomely real. (The sequence starts at about 2:10.)

This film looks to be available on Amazon Prime Video.

I saw this film, and The Haunting, at a double feature when I was a teenager. (It was at a theater that showed old movies—I’m not that old.) I still think of it as the best Halloween I’ve ever had, as I was completely captivated by these films.

The Innocents is a retelling of the Henry James story, “The Turn of the Screw.” In it, a newly hired and very naive governess finds that the children in her care appear to be possessed by the spirits of the previous governess and the chauffeur, whose love affair resulted in their deaths. While not as subtle as The Haunting, it does have some truly stellar and spooky moments. This scene, for example, is genuinely creepy, with nary a ghost in sight:

This next scene has a ghost, and it’s interesting to note some of the details that come to light after repeat viewings. The governess wears white at the beginning of the movie, perhaps to symbolize innocence, but by the end of the movie she wears black. Her brushing against the white roses and causing some to fall has symbolic meaning. Also, notice how her key light fades as the ghost approaches, and how the background outside the window is dark and invisible as the ghost backs away from the window:

As an interesting side note, someone compiled four different versions of this scene from four different productions. It’s easy to think that this kind of sequence is easy to dream up creatively, but when you see three other versions that do it very… differently, one comes to understand that true artistry is a rare thing.

Amazon sells this film, but I don’t know if it’s part of Amazon Prime Video. It may also be available on Comcast Xfinity On-Demand. You can download it for free, however, from the Internet Archive.

I’m a huge fan of The Blair Witch Project. The filmmakers did so much with so little, and doing so created more terror than if we’d seen what was lurking outside of their tent in the dead of night instead of simply hearing it. That film, though, was presented as a found footage narrative. Lake Mungo is a full-on produced documentary—completely fake, but also completely convincing.

This film is a gem for several reasons, not the least of which is that there are three points in the film where the viewer is forced to reassess everything that came before. The last point is during the closing credits, so don’t skip them or you’ll miss the biggest twist of all.

The mood of the film is brooding and mysterious, augmented by beautifully time lapse photography of the inside of the house and a perfect score by minimalist composer Murcof.

This film appears to be available on Amazon Prime Video.

I found this little gem last year just as I was about to give up on new high quality Halloween movies. After watching it I thought to myself, “I feel like I just watched a poem.” Shortly after I found an interview with the director, who said that was exactly the intent.

This is a slow movie with a simple story that is all about the atmosphere. It’s the kind of film that has to wash over you, as it is most definitely not an action movie. It’s beautifully photographed and very creepy, with little to no gore, so it has landed on my current “terror but not gore” list.

The trailer makes it look like a traditional horror film, but it’s really not.

A GHOST STORY AT CHRISTMAS

It seems to be a British tradition to tell ghost stories at Christmas, and over the last fifty years the BBC has intermittently produced short ghost stories to support this tradition. Many of the films focus on the short stories of M.R. James, widely considered to be the father of the modern ghost story.

There’s a dozen or more of these films on Youtube. You need only search for “A Ghost Story at Christmas.” Here are two to get you started:

An academic finds a pair of old spyglasses with a peculiar quality: through them, he sees an old church in a nearby field, but without them the field is empty. Naturally, he explores further, only to disturb those who attend services within…

A scholar, conducting field research from his hotel room, finds himself inconvenienced by the noise of a party coming from the room next door. The problem is… there is no room next door. Where, then, does the door down the corridor lead, and why does it only appear at night…?

The cinematography in all of the above films is wonderful. Dealing with the unknown gives us license to hide things in the dark and use expressionistic lighting to advance the tale. This is one of the few types of story where brightly lit frames are the enemy. As a cinematographer who likes to use black as a color, that’s heaven.