The HERO8 Black, announced 15 years since the first GoPro camera made it to the market, comes with a trio of surprises: Mods! The company also announced the $499 GoPro MAX. 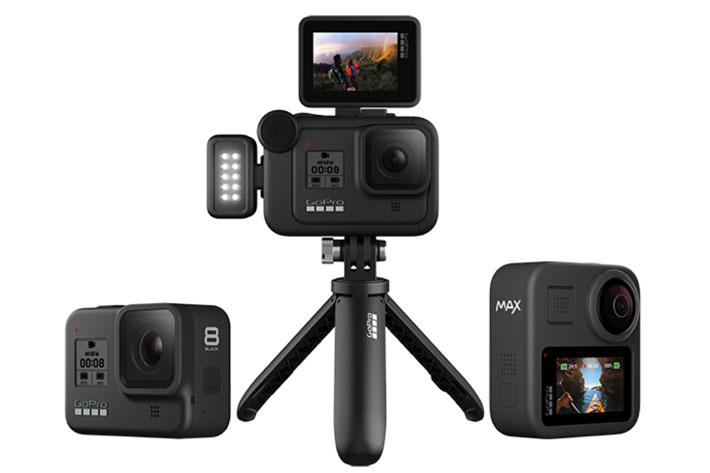 Dramatically improved stabilization, a new Boost mode and in-app horizon leveling are some of the features of the new GoPro HERO8 Black, which will be available October 20, priced at $399.

It’s been 15 years since the first GoPro camera, and from the start, we’ve been about enabling people to share their passions whether they’re fueled by adrenaline or artistry,” said GoPro Founder and CEO Nick Woodman, at the introduction of the new product from the company. “HERO8 Black, the Mods and MAX redefine what’s possible with a camera.” 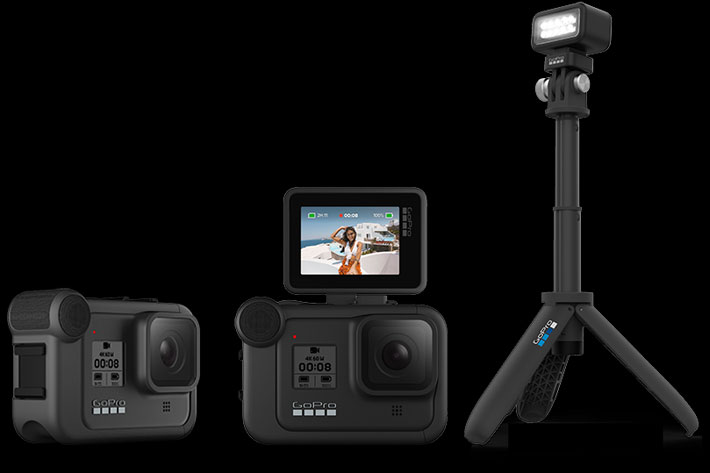 A vlogging or production powerhouse

HERO8 Black builds upon the success of its predecessor and brings, adds the company, “unparalleled performance to the HERO line”. The revamped SuperPhoto feature delivers ghost-free HDR action photos, and all-new LiveBurst captures 1.5 seconds of 12MP (4K 4:3) footage before and after the shutter. And if you need to hear it to believe it, HERO8 Black’s new wind-optimized front-facing mic and high-fidelity audio improvements will certainly do the trick.”

Plus, new digital lenses help to set up the shot like a pro every time with one of four options—ranging from GoPro’s patented SuperView to zero-distortion linear—and customizable capture presets provide quick access to settings for any activity. All of this is housed in a streamlined, frameless design with folding mounting fingers.

Versatility is what this new product is all about. HERO8 Black can also be transformed into a vlogging or production powerhouse with GoPro’s new modular accessory ecosystem. The Mods enable on-demand expansion of HERO8 Black’s capabilities without sacrificing the signature compact, ruggedness of the HERO camera design. 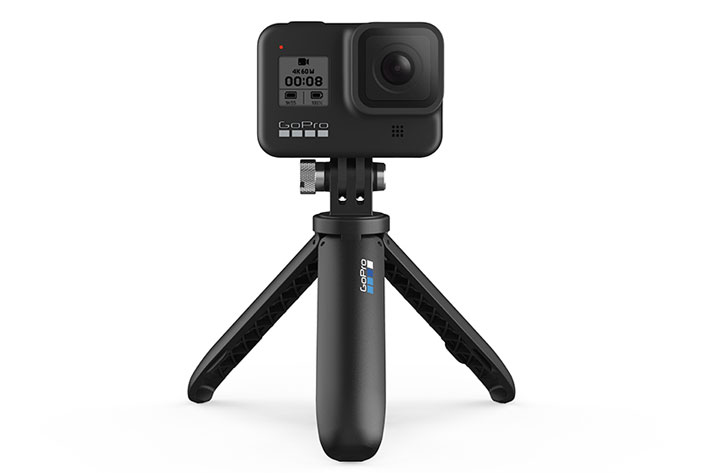 The HERO8 Black and the Mods

The Media Mod ($79.99), Display Mod ($79.99) and Light Mod ($49.99) are modular accessories that deck HERO8 Black out with professional-grade audio, a front-facing display and enhanced lighting. For those seeking the additional performance, Mods enable users to transform their HERO8 Black into a production powerhouse.

Here is some more detailed information on the three Mods: 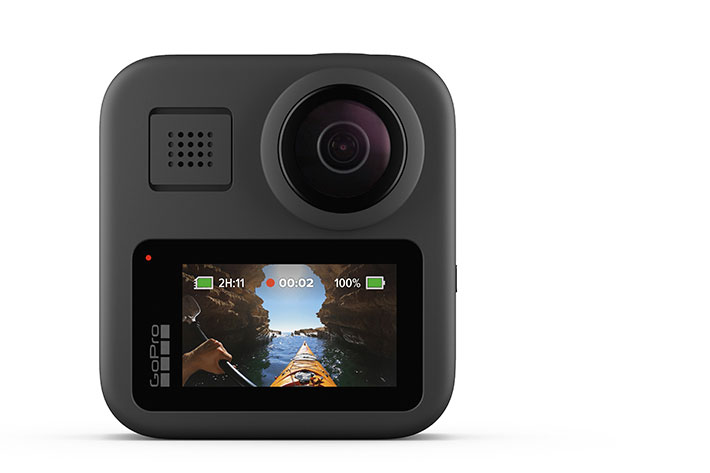 The HERO8 Black is not alone, as the company also announced the GoPro MAX, a dual lens GoPro camera that maxes out on versatility—it’s like having three cameras in one. Use MAX as a waterproof (down to 16 feet/ 5 meters), maximum-stabilized single lens HERO camera, dual lens 360 camera or next-level vlogging camera with its built-in front facing display and shotgun-mic audio capabilities. No matter how you use it, MAX delivers next-level, unbreakable video stabilization with Max HyperSmooth.

MAX also features four digital lenses, including the new ultra-wide Max SuperView—GoPro’s widest field of view ever. Additional updates include in-camera 360 video and photo stitching plus keyframe-based editing of 360 content in the GoPro app. GoPro MAX is like no other camera in the world—perfect for innovative users looking to take their creativity to the … errr…MAX!

Welcome to the ProVideo Coalition Podcast! With so much news coming out every day it’s nearly impossible to keep up...