My recent review of Red Giant Universe got me thinking, after taking a look at some Facebook comments, that there are a lot of users out there who might not know some of the 3rd-party plug-in companies out there, so I thought as a recurring article series, we would take a brief look at all the plug-in companies out there, and what they bring to the table for you, the end user.  I thought I’d start with a company I’m very familiar with, and that is Boris FX.

To quote their website, “Founded in 1995, Boris FX is a leading developer of VFX, compositing, titling, video editing, and workflow tools for broadcast, post-production, and film professionals. Boris FX products have grown to serve over a million artists worldwide. The company's success lies in its ability to tightly integrate and leverage technologies through strong partnerships with Adobe, Apple, Avid, Grass Valley, Nexidia, Sony, Quantel and other leading developers of video editing software.”  So what does that mean, really?  Well, Boris FX has always been a leader when it comes to 3rd party solutions to issues that editors, specifically Media Composer editors, run into all the time, but their effects are not just limited to Media Composer.  As you’ve seen by the company bio, their product line is available for all the NLE’s and most compositing applications on the market today, as well as recently having support for DaVinci’s Resolve as well. 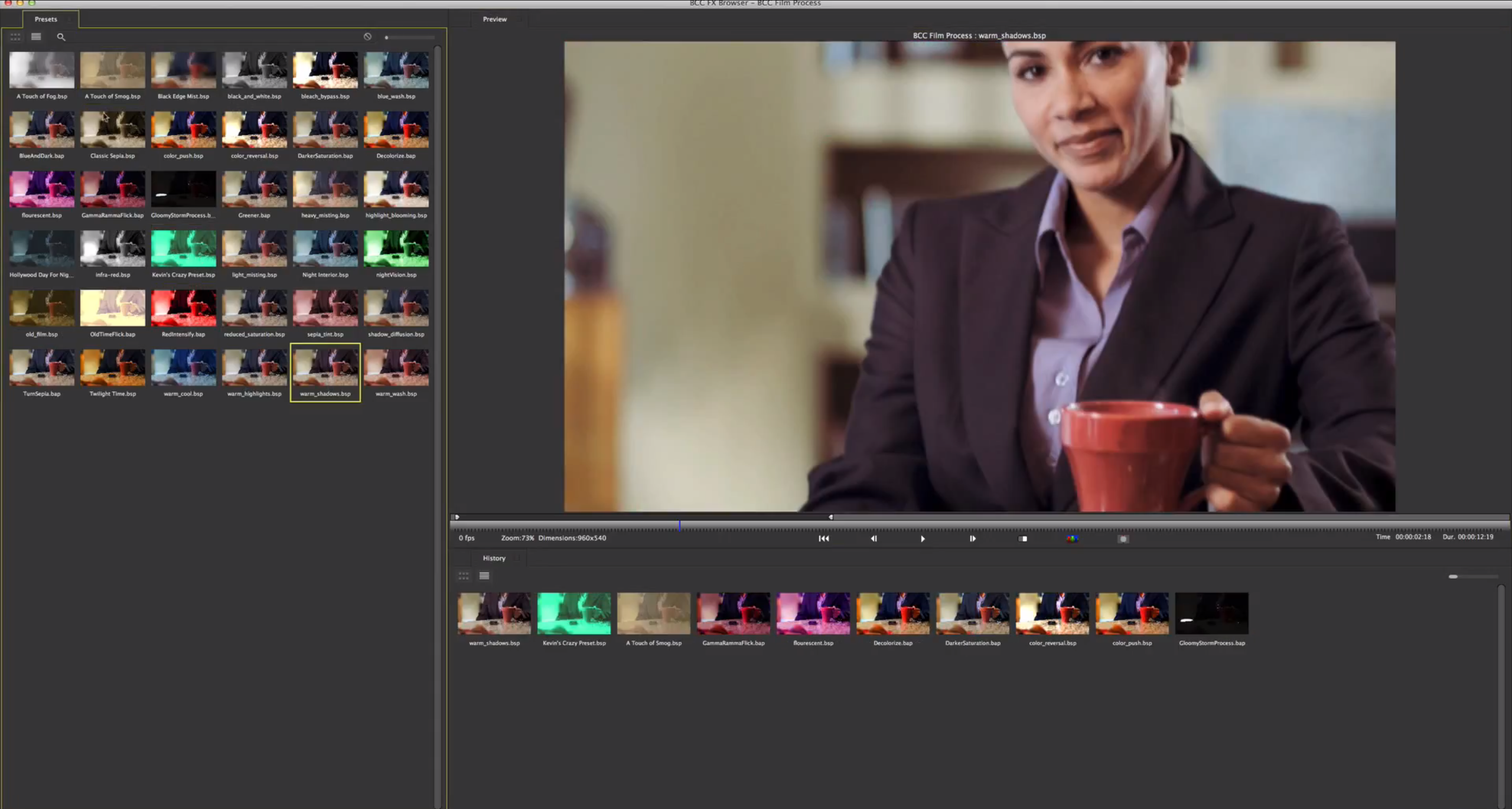 WHAT MAKES THEM STAND OUT?:

What makes people take notice of Boris FX is their flagship offering, Boris Continuum Complete, which is up to version nine.  BCC offers editors and compositors not only “cool” visual effects like Lens Flares, Glows and other “additive” effects, that will stylize your footage, but they also put the focus on effects that fix common problems that editors and compositors run into on a daily basis.  Their “Image Restoration” category has twelve effects that range from flicker and pixel fixers to noise reduction and image stabilization.  Almost all their effects include a “beat reactor” parameter that specific elements of an effect be animated to music.  For the other huge bonus is that many (and I mean almost all) of the BCC effects are real time in Premiere and Media Composer, which just makes it more of a bonus when you’re working with them. 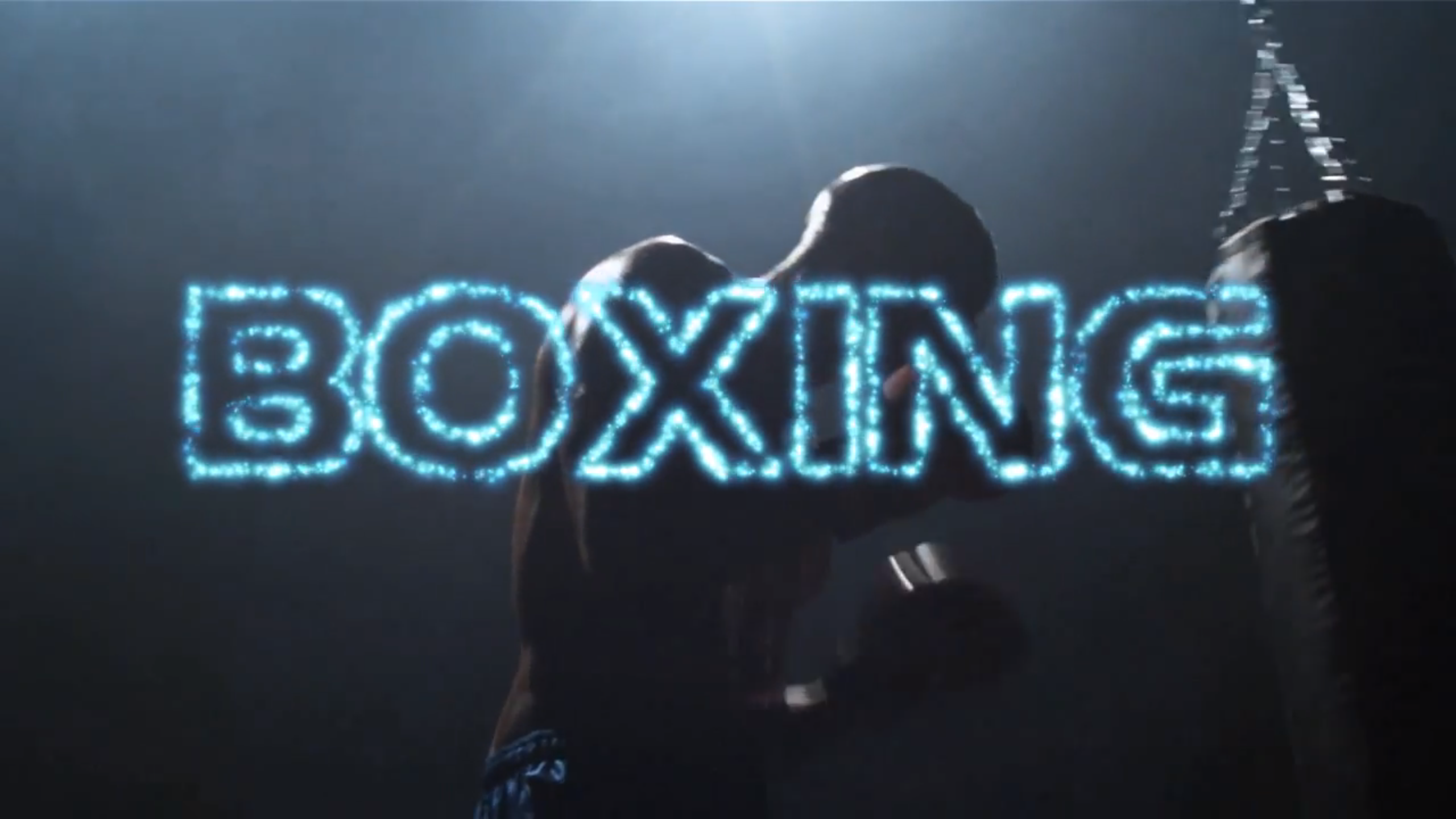 When it comes to big plug-in packages, most people are turned away by the price.

Some people, at this point, might be heading for the hills, but Boris FX has done something clever by offering Continuum Units, which is the take the BCC plug-in package, and break it down into it’s individual categories, and offering those for sale for a greatly reduced price.  The units are either $299 or $199, based on what the unit can do.  The “speciality” units like the 3D effects are in the $299 catagory, whereas the Art Looks are in the $199 catagory.  What Boris FX is giving you is choice.  You might really need the Image Restoration effects, but can’t afford the whole $1999 for the AVX version of BCC.  Well, don’t worry, all the Units are now available as well for Media Composer editors, so they can be fit easily into any budget.

In the end, these brief looks are not reviews, but are really to give you a small taste of what the main product is, the highlights of the effect/package and price of the effects offered by the different companies out there.  Boris FX has other products, but I wanted to focus this article on it's flagship product, BCC, as for me, you get the most bang for your buck with it.  Best part is that they normally offer free trials, and Boris FX is no different.  You can download a free 14 day trial of BCC from the Boris FX website at www.borisfx.com .

Kevin P McAuliffe is a Senior Editor at Extreme Reach, in Toronto, Canada.  You can send him an e-mail at [email protected] or follow him on Twitter @kpmcauliffe.