I was recently hired to do post production work on a series of testimonial videos for a start up based in Vancouver. Originally the project was supposed to surround a series of artistically pleasing photo essays featuring users of the client’s product. As to what that product was is of no importance. What matters is how the project quickly transitioned from still portraitures into a series of video interviews. 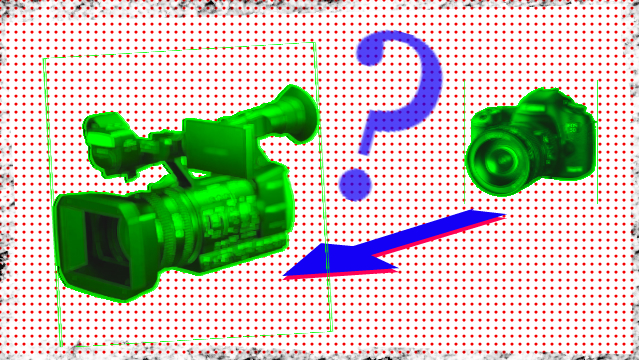 I was recently hired to do post production work on a series of testimonial videos for a start up based in Vancouver. Originally the project was supposed to surround a series of artistically pleasing photo essays featuring users of the client’s product. As to what that product was is of no importance. What matters is how the project quickly transitioned from still portraitures into a series of video interviews. This is significant in two ways: 1) the client recognized the value of communicating his message through online video as opposed to still imagery and 2) the photographers hired for the job had suddenly become videographers.

A long time ago before the digitization of motion imagery, the function of the photographer was not dissimilar to that of the cinematographer. In fact, the same principles applied when it came to the tech. The only difference with cinematography involved the added issue of frame rate. However, you still had to deal with aperture, you still had to deal with ISO, you had access to different lenses, etcetera. Then broadcast technology gave rise to a third camera visualist known as the Videographer. And therefore a different approach with altogether different terms developed when it came to shooting a subject. Ergo,”fstop,” “ISO,” etcetera, had no place in this dojo. Because the nature of how the image got recorded through a video lens was entirely different from that of analog film.

Then live feeds gave way to tape media and tape media gave way to hard drives. And as the interlaced technology of standard definition gave way to progressive HD, the video camera has now come full circle and thus more resembles the photographer’s camera than ever before. Maybe even more so than those analog 35mm Panavisions and 16mm Bell & Howells of yester year. In fact, these days you can record impressive video on a photographer’s DSLR. For independent film makers on a tight budget, this turned out to be a godsend as it also marked the return of applying analog cinematography principles to a digital tool that wasn’t a $100k camera like a Red Epic or Arri Alexa. Now you can set the aperture! You can use different lenses!!  But while budding videographers were embracing what was essentially a photographer’s tool, the photographer didn’t seem to entertain the inherent potential of adding videography to his or her skill set. Not all photographers anyway. There are those like Vincent Laforet – a pulitizer prize winning photographer – who arguably raised the stock value of Canon when he shared his video footage shot from the first iteration of the 5D. There are others who have made an easy transition from photo journalism to video documentary and back again while sometimes playing both roles for a single assignment. But the wearing of two hats is not that common outside of editorial circles.

I suspect the reason for this involves the challenges of working with video as opposed to still imagery. Different cameras contain different file formats that require some sort of conversion tool to ease post production workflow.  A steep learning curve is to be expected while engaging in non linear editing systems for the first time. However, even if there is no need on the videographer’s part to edit the uploaded footage, there is the issue of sound to consider. Suddenly, the photographer is no longer dealing with just the silent artistry of a snap shot. One has to acquire an expertise in recording audio as well.

But this is the thing… and I really mean this… The transition isn’t all that difficult. Not to mention that developing one’s skills as a videographer adds a pretty nice feather to your cap.*

*For the purposes of this hypothetical, we won’t get into post production as it is very possible that a photographer/videographer may never have to worry about that aspect. Simply, you shoot then deliver the footage. However, it should be said that having the ability to edit footage as well as shoot is becoming more and more attractive to potential clients be it corportations looking to boost their brand or media agencies hiring in house videographers for journalistic purposes. But I will table the ins and outs of post for another article.

So let’s break down, shall we?

WHAT YOU MOST LIKELY ALREADY OWN:

WHAT YOU MOST LIKELY DO NOT OWN (YET):

Now I totally understand if by looking at that second list you might feel a little overwhelmed. And the additional expenditure required may not help, either. But it is up to the photographer to decide whether this is a viable investment. Remember: the added skill set will make you more marketable. The most expensive items mentioned involve audio and, unfortunately, you do get what you pay for. The quality of audio equipment in general is reflected by the cost so the cheaper the mic, the less effective it’s going to be. However, the other items listed are fairly inexpensive. You can purchase some reasonably priced green screen kits for less than $300. Heck, you can buy a green sheet from your local fabric supply shop  for even less as long as it isn’t too translucent (I once created a fairly effective green screen from wrapping paper. Like, seriously).

Shoulder mount systems can vary in cost from $150 to the thousands so you would do yourself a service by researching what works best for you (some of them can be quite uncomfortable to carry as they may not be weighted properly so you need to be careful). Attachable monitors and eye pieces not only allow you to view your image in magnified ways, they’re also instrumental when it comes to shoulder rigs. It’s almost impossible to view your image due to the placement of the camera on a shoulder mount. Ergo, these are devices that help to circumvent that problem. The eye piece (or “loupe”) attaches to the LCD display on the back of your Canon 7D Mark II or Sony Alpha 7R2. So you can treat that as if by looking through a view finder. While they are much, much less expensive than an attachable monitor, the drawback can involve considerable eyestrain. But they work. And can run you less than $50, even $20. Whereas the attachable monitor could cost you up to thousands of dollars.

A follow focus wheel is also important  due to the challenge of having your camera mounted on a rig that is affixed to your shoulder. This, too, can be reasonably priced and often are included with some shoulder mount kits.

On camera lights are paramount when it comes to low light conditions. There is just no way around this unless you’re in the field and undercover while attempting to record something devious on camera without letting your subjects know they are being filmed (provided that your DSLR has a really fast ISO). Good news is there are some very decent lights on the market that are reasonably priced. Most you would have to spend is $350 for the kind of light you will actually need and a lot of these toys can be powered by your camera battery, or a battery from any other camera that is no longer in use.

When it comes to actually shooting video with your DSLR, there might be some confusion when it comes to frame rates. It’s enough to have to worry about shutter speed, white balance, aperture and ISO only to have to deal with how objects in motion are effected by these factors. But, again, it’s actually pretty simple. As of now there are only three frame rates you should be concerned with: 24 fps, 30 fps and 60fps. Most videographers shoot at 24 fps (some at 25 fps but that’s not a factor when using a DSLR camera) as it simulates the progressive scan quality of film. 30 fps is the frame rate for what used to be a broadcast or television standard. Hence that video look ala cable news or a day time soap opera. But even for that format, most videographers are shooting in 24 fps as most HD technology is progressive scan anyway.

(let me digress a bit. “Progressive scan” was a term applied towards analog film. That is, the illusion of motion acquired though the rapid succession of still images. Like a flip book. Or a sequence of frames running through the lens of a film projector. Prior to the existence of pixel dominated HD TV and LCD screens, broadcast television engaged in “interlaced” technology. Where the image appeared via a series of very thin lines streaming across a tube. These days most cameras and monitors output in an actual or simulated form of progressive scan)

Depending on what frame rate you use, there is a simple rule when it comes to adjusting your shutter speed. And that is: it should be double the frame rate. So if your frame rate is 24 fps, then your shutter speed should be 1/48. After that adjust everything else accordingly. That’s it. Simple, right? If your camera does not have a 1/48 option, just use the closest approximation which is usually 1/50 and you’re good to go.

The 60 fps option (some offer a 120 fps option as well) is your go to frame rate for slow motion. Although the footage itself will not appear so in camera it will be adjusted in post.

Uploading the footage is pretty easy. Just copy it from your SD or CF card directly to your hard drive. As to how you want to label that footage, that’s a discussion to be had between you and the production company (“logging and capturing,” the process of ingesting footage while tagging shots, scenes, time codes, etc., is usually dealt with at the post production end). Keep  in mind raw footage takes up a lot of memory. So for archival purposes you’ll want to invest in some external hard drives.

Now, there are no hard rules when it comes to the expectations mentioned above. What I’ve presented is a basic list of what to anticipate when transitioning from photographer to videographer. I could also get into a more detailed, technical explanation as to why things are the way they are (for example, you’re probably asking yourself just why exactly should the shutter speed be double the frame rate). But that is something I’d like to reserve for a more in depth piece later on. Especially when it comes to audio recording. Should you still feel squeamish at the prospect of making this transition, I invite you to visit Adorama on 42 West 18th Street and ask a sales representative any question you might have. They are eager and knowledgeable when it comes to the tech. Or follow up with any questions in the comments section below.  Most likely I will have at least some them answered in the next installments of this series.