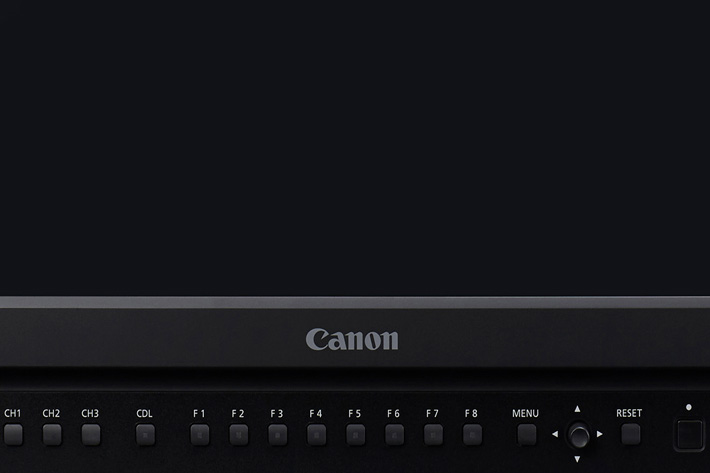 The new firmware to enhance connectivity with Canon Cinema cameras and improve HDR video functions will be available in June, but is being demonstrated at NAB 2017.

The new features include enhanced connectivity with Canon digital cinema cameras. The firmware updates permit 4K RAW video captured using the EOS C700 or the EOS C700 GS PL (scheduled to be released July 2017) to be viewed directly on the display using only a 3G-SDI cable, without the need for an external transitional device. The firmware also makes possible, adds Canon, “the acquisition of all image data from video captured using the EOS C700, EOS C700 GS PL as well as the EOS C300 Mark II, enabling the display of image setting values from the connected camera and metadata.”

Furthermore, these updates enable the display of the cinema aspect ratio 2.39:1 for specialized shooting using a digital cinema camera equipped with an anamorphic lens. The addition of these new features delivers enhanced user convenience when confirming images during shooting. 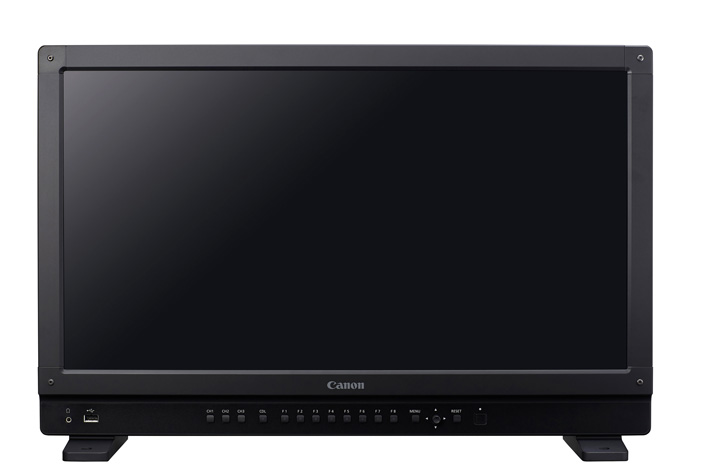 Expanded shooting-assist functions for HDR video are another feature available after the update. It becomes possibel to display 4K video in both HDR and SDR (Standard Dynamic Range) simultaneously, using a vertical split-screen mode. What’s more, the updates make possible the downscaling and parallel display of 4K video as two separate images, enabling side-by-side comparisons of HDR and SDR images or HDR images and images with HDR shooting-assist functions applied. Additionally, colors can now be overlaid on HDR video, with the color depending on the actual luminance of the video area, allowing for the visual confirmation of luminance distribution.

Canon demonstrates the enhanced functionality of the company’s 4K displays made possible through the firmware upgrades at the 2017 NAB Show in Las Vegas, NV – Booth C4325 in the Central Hall.