London-based Fraktiv and geebeebee media are two separate parts of the same company. Fraktiv is the post production-specific arm, focusing on TV and film, and geebeebee media is the production arm, mostly for sports work. Oli da Costa is the founder and managing director and is active as an Adobe Community Professional. Ever since he founded the company in 1999, da Costa has relied on Adobe for his design and video applications, and today embraces a workflow across all digital content based on Adobe Creative Cloud.

Adobe: How did you first discover Adobe creative software?
da Costa: I actually studied aeronautical engineering at university and was researching the aerodynamics of Formula 1 racing cars. As part of my research, I needed to shoot videos of airflow simulation around cars from several angles. To do this, I put model cars in a water tunnel and released dye into the moving water to simulate how air would flow around them, as it was much clearer to see than in a wind tunnel. For that project, I taught myself how to edit video using Adobe Premiere Pro and how to use the pen tool in Adobe Photoshop to trace the paths.

Adobe: How did you move from engineering to operating your own production facilities?
da Costa: After university, I decided to apply my engineering mind to learning software and ended up going into media production instead of engineering. I started freelancing and now I operate my own company. Fraktiv and Geebeebee are two halves of the same company. Or you could say one company with two brands.

My first client was the university where I had studied. They hired me to do design and production, digital publishing, and video promotions. I liked the variety of work because it gave me opportunities to learn new software.

Adobe: What Adobe Creative Cloud software do you use?
da Costa: Over the years, I’ve used a number of applications, from Adobe Dreamweaver, Photoshop, and InDesign to Adobe Premiere Pro and Illustrator for media production work. I still use Dreamweaver on a weekly basis for client web projects, and occasionally work in Adobe Flash Professional and Edge Animate, but video is now the mainstay of my work so I primarily use Adobe Premiere Pro, After Effects, and Photoshop.

To keep my skills up, I attend as many Adobe events as possible. I try to keep track of new software developments, such as Adobe Muse, Prelude, and SpeedGrade. Even though I don’t use these applications on a daily basis, I want to have the knowledge to use them if I need them. 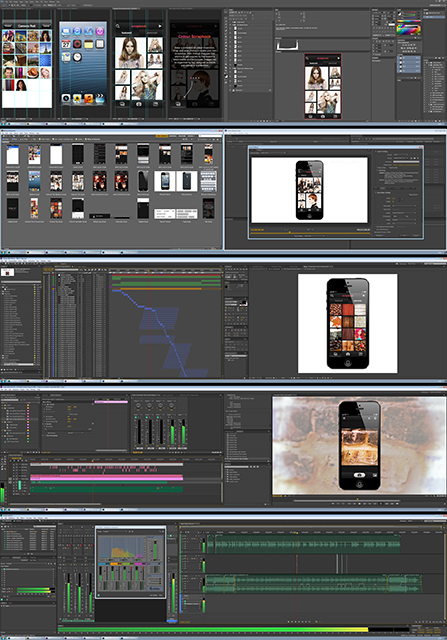 Adobe: How do Adobe Creative Cloud applications help in your day-to-day work?
da Costa: I recently managed media output for a pair of major international biking events in France and Canada. All of the videographers and editors used Adobe software, so we were able to implement some great workflows, such as shared video assets, titling, and encoding presets. Because everyone was using the same files in Premiere Pro, we were able to establish a style and hard code it into the files so it was carried all the way through. 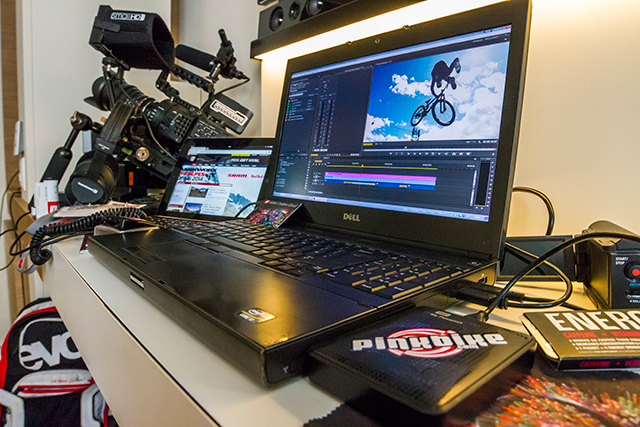 Adobe: Tell us more about your action sports work.
da Costa: Action sports give us a free reign over creativity that we might not get with corporate projects because of branding standards or other parameters. We do a lot of the action sports projects on spec. The sky’s the limit creatively. We can use props and actors. It all comes down to budget.

Earlier this year, we completed a project for Velosolutions, a Swiss company that builds pump tracks – which are like skate parks for bikes – all around the world. To promote the opening of the newest park, we worked with champion German freerider Timo Pritzel to be in a quirky intro where he’s a teacher who invites students to ride their bikes because it’s more fun than math and English.

We’re also getting into a more cinematically-styled approach as well as 4K workflows since we started working with Sony FS700 super slow-motion cameras. Along with Premiere Pro and After Effects, we’re able to deploy high-end techniques and workflows and bring Hollywood production values to the action sports world. We put together videos that wouldn’t have been achievable two years ago.

Adobe: What other projects have you worked on recently?
da Costa: A few months ago, I worked on a feature documentary starring John Hurt for ITV, where I helped to train an editor moving from Avid to Premiere Pro. The documentary was about the famous poets who wrote during World War I, and whilst assisting with the online edit, I also created the show’s title sequence in After Effects. At the moment, I’m completing a series of animations for the Victoria & Albert Museum in London, illustrating the firing mechanisms of the very first rifles. That’s what I love about my work, there’s loads of different things coming my way on pretty much a daily basis, from action sports and TV work to installations and online advertising.

Adobe: What are you most excited about for the future?
da Costa: I’m excited to do more 4K projects. Adobe tools such as Premiere Pro will help us take our work to the next level in terms of working in 4K/UHD resolutions and high-end formats like CinemaDNG for editing, visual effects, and grading.