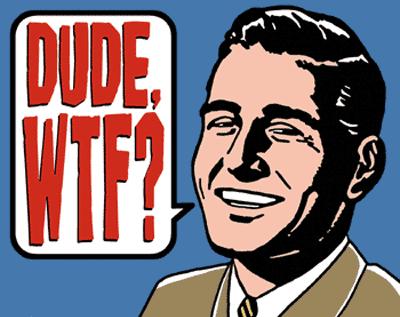 This is a bit off the normal video topics, but deserves some attention as we have the whole comment thing here for each article. Being a bit off-topic, it’s actually rather ironic, considering what follows…I’ll explain. It seems that Verizon has changed the Acceptable Use Policy (AUP) for FiOS users. And oddly, a good percentage of FiOS users are probably already in violation of the new AUP. Read on…

FiOS is a high speed internet and television service. One of the areas changed in the AUP is a new clause that states it is a violation to “…post off-topic information on message boards, chat rooms or social networking sites.” Which, in my opinion, is so broad a statement as to include just about 100% of their users. That is, most FiOS users are likely already in violation of this overly-broad AUP, and can be disconnected at Verizon’s whim. Specifically:

Verizon reserves the sole discretion to deny or restrict your Service, or immediately to suspend or terminate your Service, if the use of your Service by you or anyone using it, in our sole discretion, violates the Agreement or other Verizon policies, is objectionable or unlawful, interferes with the functioning or use of the Internet or the Verizon network by Verizon or other users, or violates the terms of this Acceptable Use Policy (“AUP”).

Oh, and if your term plan service is cut off because you violated the AUP by posting something “off-topic” on, say a Facebook page, you’ll also be liable for the FiOS $179 early termination fee. Good times. It’s also worth noting that the off-topic clause is just one line in a long list of possible offenses that can get your high-speed internet pulled. Read the full AUP for a few more examples. Now I don’t think that they are going to enforce all these rules in most cases. Clearly, Verizon is just adding every possible avenue and option to their legal quiver, should they need to dump a problem user for whatever reason. Good for them, bad for users. If I was a FiOS subscriber, I’d be writing anyone I could reach at Verizon and making a stink. This sort of policy is anti-consumer. Bad form, Verizon, bad form.