Get the scoop on color theory and grading for on-set professionals in this exclusive webcast with Juan Carlos Ortiz-Duran, colorist, DIT and local 600 member whose latest work includes MTV's hit show “Teen Wolf.” Juan Carlos will be sharing his insight and knowledge on such topics as:

Juan Carlos will be available to answer any and all questions during the presentation, so don't miss out on this unique opportunity to learn and ask questions at the same time! 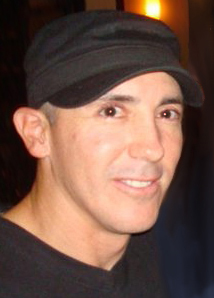 Juan Carlos Ortiz-Duran is a Los Angeles-based cinematographer, DIT, colorist and IATSE Local 600 member. Juan Carlos is a veteran of over 20 features, documentaries and television shows including Pirates of the Caribbean: On Stranger Tides (Disney, 2011), Teen Wolf (MTV 2013) and The Last Ice Merchant (Jury Prize, Best Short Documentary, Woodstock Film Festival, 2012). Juan Carlos was born in Ecuador where all his passion for film started, at age of 19 he moved to USA to pursue his passion. He attended Parsons School of Design, Seneca College of applied Arts & Technology and Maine Media Workshops.