Pablo Fernandez began his career at 15, working as a full-time graphic designer. His father owned a successful Swedish advertising agency and growing up surrounded by creativity greatly influenced his style and passion for design. By the age of 18 he owned his own production company and was experimenting with Motion Graphics and 3D. After a brief time in South America and Spain working in 3D Engineering, he returned to Sweden and turned his attention to film, commercial, and online 3D post-production work. Eventually, he started directing and is now achieving his goal of working on his first full-length feature film, edited using an Adobe Creative Cloud workflow. 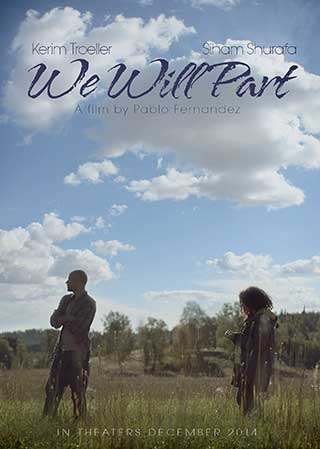 Adobe: What is your background and how did you get started in film?
Fernandez: I’m a Sweden-based director with roots in Uruguay. I worked as a visual effects supervisor for a while but realized that directing was my passion so I’ve been directing small projects for many years now, including music videos, TV commercials, and ads for the web. During this time, I’ve also been writing scripts for shorts and features.

Three years ago I decided to take the big leap and focus on what I really wanted to do—write and direct—so I sold my company and shot a couple of short films. Last summer I couldn’t wait anymore so I invested all the money I had saved and decided to shoot my first feature, We Will Part.

Adobe: What is the film about?
Fernandez: We Will Part is a story of two people, Zoe and Taylor, who find themselves forced to be together in a little cabin in the countryside in Sweden. She is from the big city and he lives in the country. The story is about doing what you love, and not taking anything for granted. It is about that person that changes you forever, that one that you’ll always remember, who forced you to take those steps that you thought were impossible. 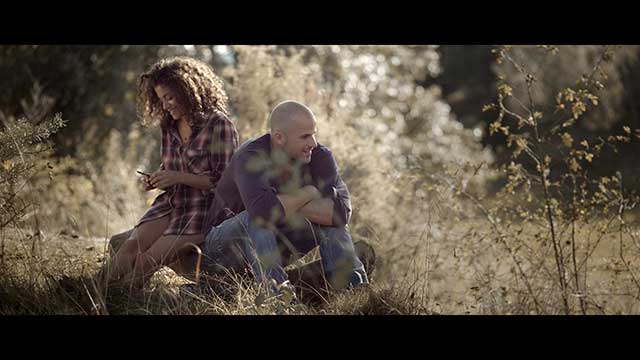 Adobe: What special considerations went into the production?
Fernandez: I knew it would be difficult to do with the little money I had, so I wrote the script knowing it needed to include as few actors and locations as possible. I finished the script in 10 days and I wrote it in English, even though I knew my dialog wouldn’t be good enough. I planned to let the actors improvise, so perfect dialog would not be necessary. I wanted to fool them into thinking the movie would be set up a certain way, so I didn’t show them the script. I only told them what the scenes were about and then let them find their way to make the scene work.

Adobe: Can you give us an example of how this played out during the shoot?
Fernandez: I told the male lead that the movie was a romantic drama, which it is, but I told him that if he didn't make the girl fall for him we wouldn’t have a movie. Then, I told the female lead the opposite. I told her that whatever the male lead did, she would never fall for him, that he had nothing she wanted. This caused the actors a lot of frustration because they thought the other one didn’t understand what we were doing. Creating the film in this way made the dialog very natural and real. They did a great job with the little info I gave them and I’m really pleased with the result. 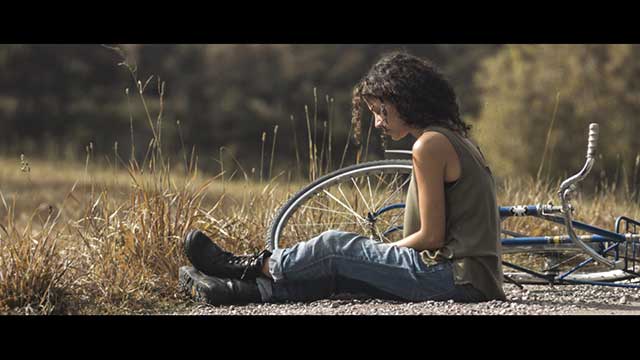 Adobe: What Adobe products did you use on We Will Part?
Fernandez: We used a full Adobe Creative Cloud workflow, beginning with Adobe Premiere Pro for editing. I’d worked with Adobe products for many years, and Roberth Nordh, the film’s editor and a long time Avid user, thought this would be the perfect time to learn how Premiere Pro works. We used After Effects for some shots and we even designed the poster for the film in Photoshop. We are also using Media Encoder constantly now to export renders and we used Audition for some sound edits. Creative Cloud offers a great set of tools with everything you need to complete any project—visuals, sound, graphics, web, you name it.

Adobe: What did you like most about working with Adobe Premiere Pro CC?
Fernandez: We shot the film on RED Epic (HDR-mode) and the Blackmagic camera in raw. What we love the most is how Premiere Pro handles different formats without any problems. Whatever format you throw at it, Premiere Pro seems to be able to play without issues. The ability to use Dynamic Link, which eliminates intermediate rendering between Premiere Pro and After Effects, is also great. I must add that Roberth Nordh’s work is amazing. He really took the material to a higher level.

Adobe: What is next for your film?
Fernandez: Right now we have a rough cut of the movie and in June we have four days of pick-up shooting for the movie. Some scenes need some extra footage and there are a couple of new things we need to add to make the story work on every level. After that, we will make the final edits. We haven't started yet with the visual effects for the movie but we’ve already used After Effects on some shots that needed some tweaking, such as sky replacements, combining two different shots, rotoscoping, stabilizing, and tracking. The music is being written by the talented Swedish band Notice To Airmen whose song “Elegant Words” we used in the trailer.

Adobe: Are you already looking forward to another project?
Fernandez: After We Will Part I’m planning on shooting one of two scripts that I’ve been working on. One of them requires some money, while other one can be done with less. Which one I do first depends on the financial support.