The rise of digital video first and the ‘Arab Spring revolution’ in 2011, contributed to change the life of filmmaker Ikbal Arafa, who recently won an award for the cinematography in the short film Black Spirit. 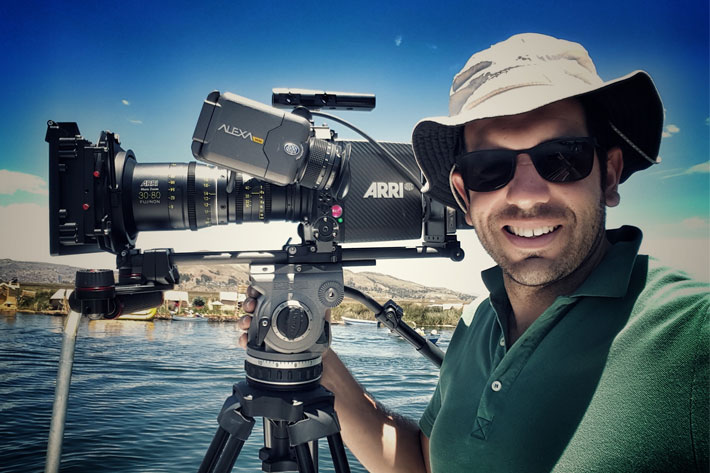 Being polyvalent is an essential skill for Tunisian filmmaker Ikbal Arafa. He is at the same time DOP, colorist, movi and drone operator, as he leads the way for a new generation of filmmakers.

Award-winning filmmaker Ikbal Arafa isn’t a household name – yet – but the Tunisian native is quickly making a name for himself for both his versatility and his creativity. Since starting as a freelancer, in 2008, Arafa has done everything from working in the desert on a documentary to shooting TV commercials in the studio.  He recently received a ‘Golden Eye’ award for Black Spirit, an independent short film directed by Chakib Taleb BenDiab and co-produced by “Paprika” and “Clandestino Production”. 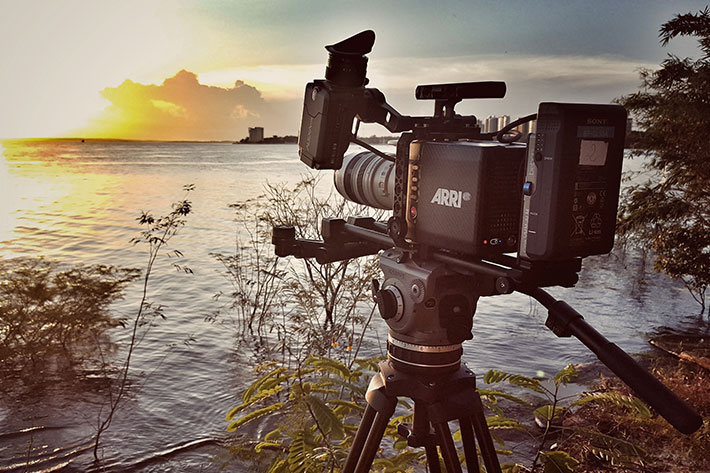 The short film “Black Spirit” was shot in the Douz’s desert, in the south of Tunisia, with a Sony FS7. The film is co-produced by “Clandestino Production”, the company founded by Ikbal Arafa and his wife, Yasmine Dhoukar, in 2010, when the filmmaker returned to Tunisia. Clandestino is a production/equipment rental company offering different kind of services from pre to post production. High-end cameras, gimbals, drones and grip equipment are available for rent and “a powerful workstation makes editing, color grading or Dcp export, a breeze”, states a note on the company’s website.

Ikbal Arafa passion for telling stories started long before, though, and he has nearly two decades of filmmaking under his belt. The filmmaker says: “I started working in the film industry since 2001. At that time, I just started my studies in the University. I tried to find jobs during each holiday. In 2008, I got my master degree in France and I became officially a freelancer. I spent 2 years in Abu Dhabi, in the UAE in a production company. A very interesting experience. In 2010, I went back to Tunisia and I co-founded with my wife our own company ‘Clandestino Production’.” 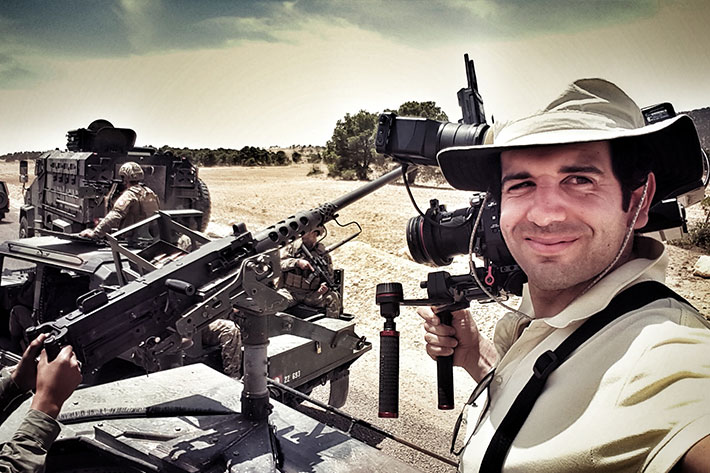 A passion for documentary

The filmmaker is well aware that there isn’t “a real film industry in Tunisia”, so “you have to be quite polyvalent with your skills. Depending on the period of the year, I work as a DOP on different type of projects: commercials, TV series, short films or documentaries”.  The good thing about it, he adds, “is that every day is different from the day before. I mean one day you shoot a boring yogurt commercial in a studio and the day after you are in the middle of the desert shooting a very intimate short film.”

Documentary has a special place in Ikbal Arafa’s heart. He believes documentary “is the first step for a lot of aspiring camera operators. That was my case. When time came to fly with my own wings, documentaries were the path to follow. It’s a very good school where you can experiment a lot of different things and learn how to catch the right moments when they come to you. Plus, I really enjoy traveling and shooting with a small crew.”

“My documentary background – he continues –  plays a major role in my choices today. I love natural light. I’m lucky enough to live in a country where I have plenty of sun during all the year. So, I learned from the beginning of my career how to control it and to turn it in my advantage. Every experienced cinematographer will tell you that it’s more complicated to shoot outdoor because shooting indoor means that you have full control of your light. That’s why I consider documentary as a very important step. I love using practical lights as it ads that natural feeling to my look. Today’s cameras are really good at low light. This pushes us to explore more and more the darkest areas.” 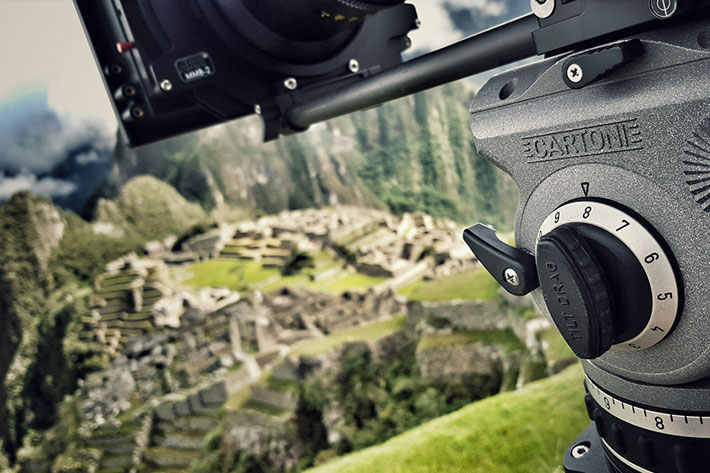 Shooting outdoors also has other problems, as filmmakers have to work with the elements and sometimes under inclement weather and harsh conditions. Ikbal Arafa reflects on his experience while shooting “Black Spirit” in the Douz’s desert, in the south of Tunisia. “During the shooting, we had extreme bad weather with heavy sand storms. It was very complicated, especially for the equipment. But what was a problem at first sight, turned to be a real advantage to achieve the unique film look of “Black Spirit”.

Knowing the equipment well is essential when you’re a filmmaker that is constantly jumping from studio to outdoor shoots. Ikbal Arafa works with his own equipment, which, he buys with a goal: to “suit my needs perfectly”. His first kit, from years ago, was a fully rigged Canon EOS 5D MKIII, and after that “I moved to the brilliant Sony FS7. I love that camera. I own three of them. It remembers me the old Betacam days with a smaller size and a better quality. With the right accessories, it’s perfectly balanced on my shoulder, has a good latitude and a super 35mm sensor.“

For support, Ikbal Arafa uses Cartoni products. “Cartoni heads accompanied me all through my carrier. When I started as a camera assistant, Cartoni systems where the ones we rented the most. It has proven its durability and efficiency on set. Time has passed, and now I work with my own equipment. It was normal for me to buy Cartoni tripods for my cameras. Now, I have the Laser, the Focus 18 and the Focus 22 in my kit. I really love the mid-level spreader and the one clamp lock/unlock legs. It’s really useful as most of the time, when shooting documentaries, you are alone in the field in rough terrains.” 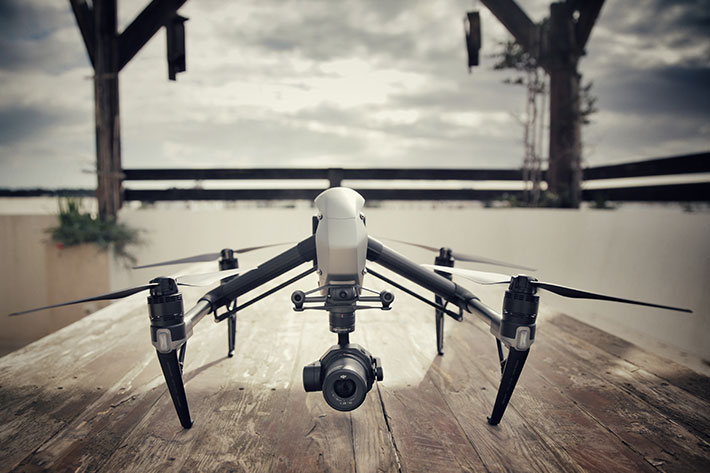 Being able to tackle different requests is important when you’re a freelancer, so, he says, “I have also the legendary ARRI Alexa Mini with 2 different set of lenses the Cooke Mini S4 and the Canon CN-E.” Drones, several DJI units “with the best camera in the world and one Freefly Movi Gimbal” are also included in the equipment available and the filmmaker says, proudly, “we are the leaders of aerial cinematography in Tunisia”.

Aerial filmmaking in Tunisia is not just about the drones, it is also about knowing the legislation. Aerial shooting permits can be very difficult to obtain in Tunisia, and that’s an area where Clandestino’s experience can be an asset for filmmakers from abroad. Thanks to it’s experience,  the company knows how to handle all the paper work with ease, and the team is well versed in the best locations for aerial shooting within the country.

With Tunisia being political stable, several foreign productions are returning to the country, says Ikbal Arafa, as “it offers a lot of advantages. Depending on their needs, they can found different natural sceneries from breathtaking Sahara dunes to dense forests or beautiful clear sea water. Foreign productions are very important to establish a film industry in our country.“ 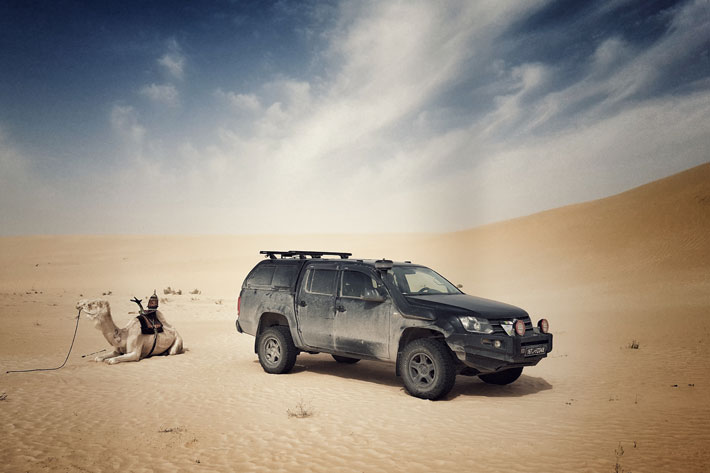 Tunisia: The film industry is changing

Despite the fact that there isn’t a real film industry in Tunisia, the situation is evolving, says Ikbal Arafa. “In 2011, we went through a very intense moment in our lives as Tunisians. The ‘Arab Spring revolution’ came as a tornado with its hopes and fears. We were suddenly submerged by a freedom of speech that allowed several directors to shine in international film festivals like Berlin or Venice. A new wave of young and independent Tunisian filmmakers was born. It’s still complicated to get funds for projects, like anywhere in the world, but I firmly believe that things are changing.”

Being in the industry since the explosion of digital photography and video, two decades ago, Ikbal Arafa is one of the filmmakers leading the way in his country. The ‘Arab Spring revolution’ in 2011 contributed to define the future, too. He says it is inspiring to know he is part “of a generation of cinematographers that experimented during the last 15 years a huge technical advancement with the rising of digital video. This radically changed our way of work. Our tools to tell stories have evolved too. Shots that were impossible or very expensive to do few years ago, are now accessible with the development of gimbals, drones and lighter cameras with better performance. It’s really an exciting era.” 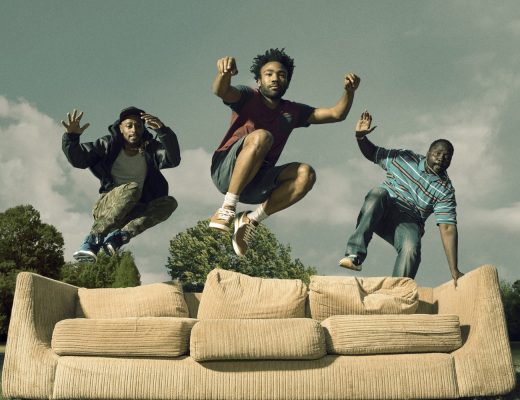 In this edition of the Art of the Shot, I had to opportunity to talk to “Atlanta” Director of... 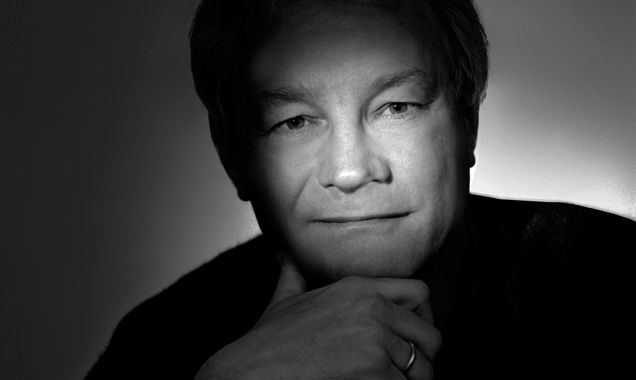 He is the current President of the American Society of Cinematographers and at times he shoots on the Blackmagic...