Abe Fettig loves analog film, but lives in a digital age. So, this photographer and programmer created one app to scan film with a smartphone. 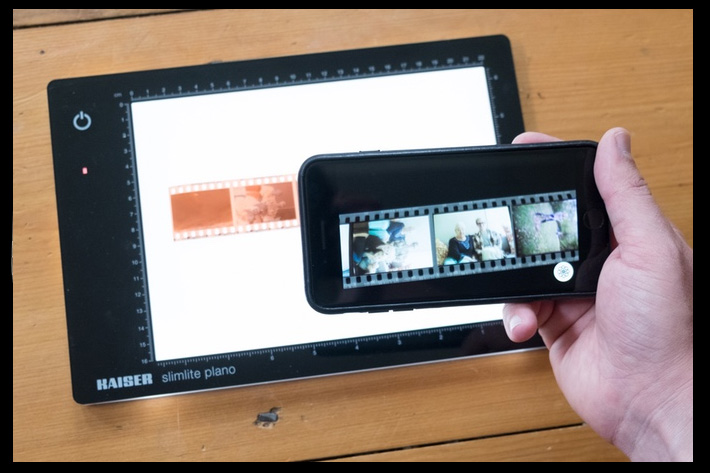 Shooting film is great, scanning it a nightmare. Abe Fettig decided to try something different: he wrote a software that transforms your smartphone in a scanner.

The Kickstarter campaign, which started a few hours ago today and ends July 8, has a goal of $20,000 and already pledged close to $4.000 from over 200 backers, which points to a good start. Abe Fettig expects to  release the first beta version of FilmLab to Kickstarter backers during July, and ship version 1.0 to the public in late summer or fall. This app for iOS and Android makes it possible to scan film with a smartphone.

Abe Fettig decided to create FilmLab because he loves to shoot film, but found “scanning film to be really unpleasant.” With 20 years of experience writing software and five years shooting film, he says that “dedicated film scanners are expensive, the scanning process is slow, and the software is dated and painful to use. So I started thinking about making an app for digitizing film with a smartphone. For a while I wasn’t sure if it would be possible to get good-quality results, but recent advances in phone camera technology (particularly the ability to capture raw sensor data) made the idea seem more promising. Finally I just had to to dive in and see if I could get it to work.”

Apparently it is working. Since February he has shared his work on a website created for the app FilmLab. He wrote, then that “there’s a lot of work left to do, but I’m really excited about my progress so far. Modern smartphones have great cameras and lots of processing power, and I think it will be possible to make an app that’s a lot faster and more fun than using a dedicated film scanner, while still producing good quality results.”

The first prototype demo available in February showed how FilmLab could detect film frames and create a full-res picture from which it creates a preview from the negative. Last March, the latest build of FilmLab revealed, says Abe Fettig, “how the app could tell the difference between color and black and white film, and it gives you a real time preview of all the frames it found, with individual color correction applied to each frame. Still a little glitchy, but it’s getting there!”.

To use FilmLab you need a smartphone, the app and a lightbox… and the film you want to scan. FilmLab recognizes negatives and gives you a live preview of your negs as positives. I’ve asked Abe Fettig if the software can read transparency film,and he replied this: “Yes FilmLab will work with transparencies. For best results you’ll need a nice bright light source, since slide film can be pretty dense.”. So, if, like me, you’ve thousands of transparencies and sometimes feel the urge to get one transferred to digital format but are too lazy to go the classic way – or have long lost any way to run your Nikon scanner – FilmLab may be the best way to have no excuses.

When you first point FilmLab at some film, it automatically detects the photos, and gives you a real-time preview of what negatives will look like as positives. You can tap a frame, and it will zoom in to fill the whole screen (including correcting the perspective if you’re viewing at an angle).

To save an image, you just need to tap the capture button. FilmLab uses RAW capture available on modern smartphones to capture as much detail as possible. It combines multiple captures to create one image of much higher quality than you’d be able to get by just snapping a photo of a negative or slide with the built-in camera app. From there, you can save the photo or share it using any of the apps on your phone.

Abe Fettig says that “inside FilmLab is a brand new image processing engine dedicated to recognizing and processing film. If you prefer to use a dedicated digital camera and macro lens to scan your film, you can still use FilmLab to quickly process your images. No more cropping and manually adjusting color curves in Photoshop!”

Although this may not give you the quality of your old Nikon, Minolta or Epson film scanner, it’s a shortcut that I am sure many will appreciate, as it means a quick and cleaner way to get some of your archive back to life. Now I just need to get rid of my Windows Phone and buy the new Nokia 6 that I’ve promised myself will carry me into the world of Android. I want to try FilmLab! 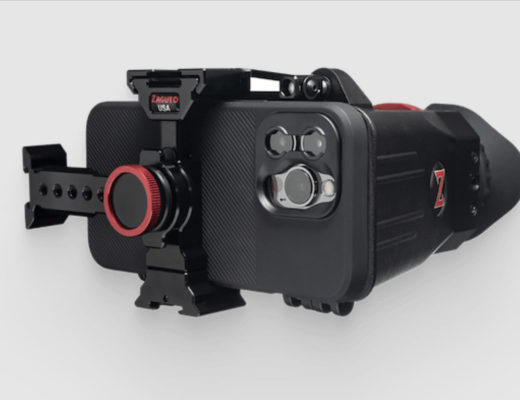