Remember the 1970s days of Saturday Night Live (SNL) and the Coneheads? Okay, you may be too young, but trust us: it’s as hilarious now as it was then. George Carlin was the first host, alongside comedy legends like Chevy Chase, Dan Aykroyd, Gilda Radner, Jane Curtin, and John Belushi. Today, the popular, late-night sketch comedy and variety show lives on with a new and equally talented cast of characters—including Bill Hader, Fred Armisen, Nasim Pedrad, Seth Meyers, and Vanessa Bayer—and new technologies that get fresh content on-air faster than ever. Adobe sat down with Rhys Thomas, film director and producer for the show, and Adam Epstein, freelance editor for the film unit, to talk about how they recently switched to using Adobe Creative Suite Production Premium to bring fresh video content to SNL fans each week—all in a three-day turnaround. 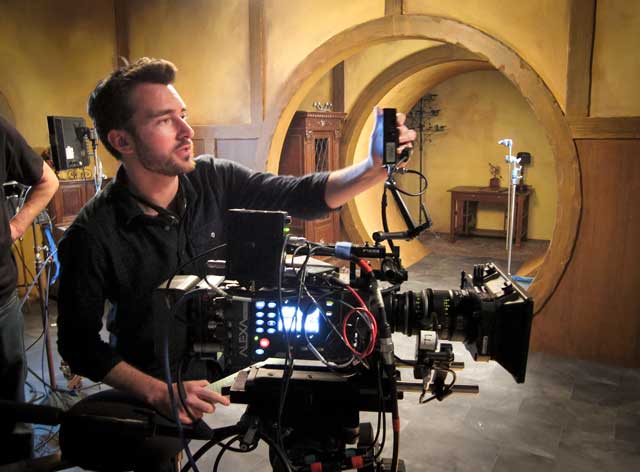 Adobe: What is the film unit’s role on the show?
Thomas: Firstly, and I have to get this out of the way, Saturday Night Live really is Live. I don’t know how many people have given me a wink and a nudge and said, “But it’s not really live right?” It really is. With that explanation out in the open, I’ll now explain that the film unit essentially produces anything that’s not live. The film unit is the team that creates the commercial parodies, digital shorts, and any other pretaped content that gets aired between live sketches. We fill in during wardrobe and scenery changes.

Adobe: A three-day turnaround for creating that much content sounds pretty manic. How do you accomplish it?
Thomas: My typical production week starts on a Wednesday with our read-through meeting. This is where we see the possible sketches for that week's show for the first time. At this point, because we don't yet know what will be chosen for the actual show, my team will begin pre-producing anywhere from two to eight films. This will encompass research, location scouting, and design—anything we can do to get ahead. We'll finally get the green light at around 9pm on Wednesday night and the countdown to Saturday begins. All of our pre-production has to happen on Thursday—locations are found, sets are built, the crew is assembled, cameras and equipment gathered, art direction, props, wardrobe, wigs, you name it. It's all built from scratch every week and generally camera ready by 8am Friday morning for a piece that is cut, mixed, and finished by Saturday night. I forgot to underline that film production is happening parallel to rehearsals for the live show. This means that our cast and host have double duty and might spend the early morning with us before going back to 30 Rock to rehearse into the evening. Time is a very precious commodity at SNL!

Adobe: You recently switched to an all Adobe workflow, including Adobe Premiere Pro. What were the main reasons?
Epstein: We consider ourselves system agnostic, so we work with whatever can get the job done in the speediest time frame. Minutes here and there when you have a hard deadline are critical. We work with After Effects and Photoshop on every project, and integration with Adobe Premiere Pro is ultimately what drove us to an all Adobe workflow. We don’t ever have time to see a “spinning ball” on the screen while we’re editing. It just can’t happen. Leveraging the tight integration between Adobe Premiere Pro and After Effects and Photoshop makes the spinning ball go away. The support for almost every tapeless format out there and the ability to open old Final Cut projects (the final control room delivery system for Saturday Night Live does still use Final Cut), also attracted us to Adobe Premiere Pro. 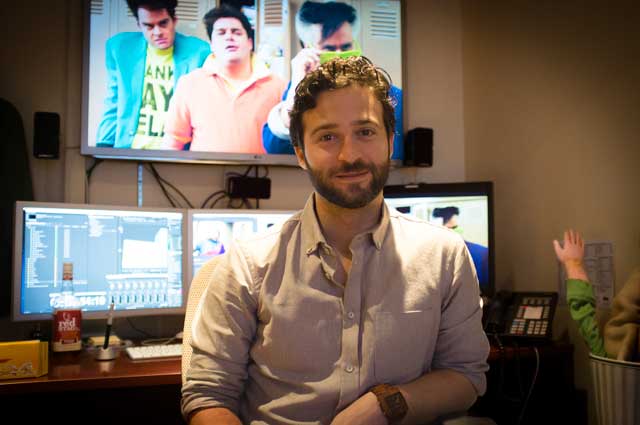 Adobe: Was it a tough switch?
Epstein: Without exaggeration, there was almost no learning curve at all because we mapped the keyboard commands and hot keys from Final Cut to Adobe Premiere Pro so everyone could get started without having to relearn the editing process.

Adobe: What cameras are you using most?
Thomas: We use different cameras depending on the piece and the look we’re trying to emulate or recreate. Right now, our standard-bearer is definitely the ARRI Alexa, not only because it takes you to a rich, cinematic place, but also because of the simplicity of it's workflow. We also work with the RED Epic, especially if we're doing a lot of green screen work and want the 5K resolution to resize or recompose. In situations where we need a small form factor, I'd probably turn to the new Canon EOS C500-i. The great thing about Adobe Premiere Pro is that we can work with virtually any camera without the slow down of transcoding.

Adobe: How do you deal with post-production?
Epstein: We do a lot of spots in a green screen environment. So we’re building the backgrounds and graphics in Photoshop and After Effects from Friday night onwards. We also use After Effects for title sequences, compositing, and quick color correction and lighting enhancements. Saturday evening we have a dress rehearsal at 8 p.m., and this is the first time anyone sees the shorts. Between dress rehearsal and air at 11:30 p.m. we get notes based on the response to the piece. The notes can be minimal or we can find ourselves reshuffling content, removing scenes, or diving back into After Effects. This is where timing is really critical—it’s not an option not to make it. 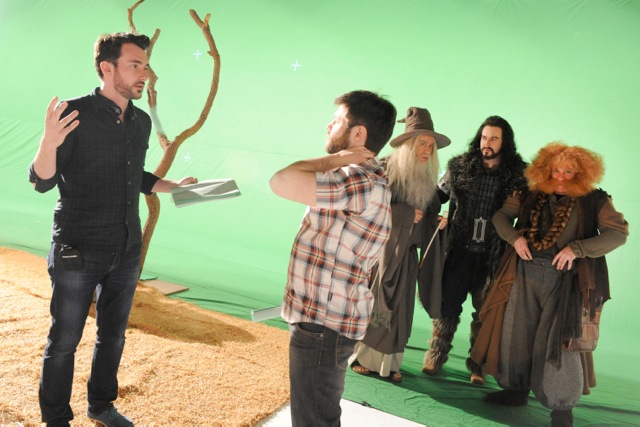 Adobe: What feature in CS6 could you not live without?
Thomas: It has to be Warp Stabilizer, which is now available in both After Effects CS6 and Adobe Premiere Pro CS6. We can use it to stabilize handheld shots or to just smooth out a dolly shot that has movement. It’s amazing how it can interpret footage into a silky smooth camera move.

Epstein: The dynamic trimming in Adobe Premiere Pro also works really well. It actually feels a little faster than Avid and the JKL is super speedy. I’ve always been a fan of SynthEyes, but the camera tracker is now built in to After Effects CS6 in a faster, cleaner way. We do a fair amount of camera tracking and can use a round trip workflow—taking stills into Photoshop, doing tracking in After Effects, and tying back into the Adobe Premiere Pro sequence.

Adobe: What do the Adobe solutions give you and your team that make SNL better?
Thomas: Essentially, we can execute bigger, more complicated ideas a lot faster. It challenges us every day. We come up with crazy assumptions and creative ideas that push the limits of professional production. Yet again and again, we pull it off in three days. Then we have to do it again. It’s both a blessing and a curse!

Adobe: What is the most gratifying part?
Epstein: It’s a lot of fun when we use a graphic to make a joke that wasn’t in the script and we get an audible laugh. Or when we take a throw-away line and cut in a punchier way that works. It’s almost like writing. That’s what’s so fun about working on SNL. It’s great hearing that reaction when your humor hits the mark.

Adobe: What’s in store for this season?
Epstein: More fun times. In our second week we completed three new pieces (see links below), all of which aired before the first musical number. All three were started and finished with Adobe Premiere Pro CS6, After Effects CS6 and Photoshop CS6. We’re looking forward to a great season!