Since 2009, Rob Bralver and Jeff Broadway of Gatling Pictures have worked together on documentary films that tell stories of social importance. Their latest project, OUR VINYL WEIGHS A TON (THIS IS STONES THROW RECORDS), explores the history of Stones Throw Records, a record label committed to independence and artistic freedom. The film—featuring interviews with Kanye West, Snoop Dogg, Common, Questlove, Talib Kweli, Mike D (The Beastie Boys), and Tyler the Creator—premiered at the Los Angeles Film Festival in June 2013 and is now showing at SXSW 2014.

Adobe: How did you get your start in filmmaking?
Broadway: Rob and I went to college together and as we were finishing school, we started scheming about how we could get into the film business and not be gophers. We saw documentary as an access point. Our first film, CURE FOR PAIN: The Mark Sandman Story, was about a family member of mine so we had direct access to a compelling story. It was a great first experience, and we’ve now been working together for five years.

Adobe: What made you pursue a documentary on Stones Throw Records?
Broadway: I grew up listening to hip hop music. Stones Throw Records was something I’d followed since I was a teenager and I’m still a big fan. I knew that there was a demand to know more about the subject, so I approached Peanut Butter Wolf, the founder of Stones Throw Records. We ultimately picked up a production that was started and stopped by another group, and two years later we had a completed film. 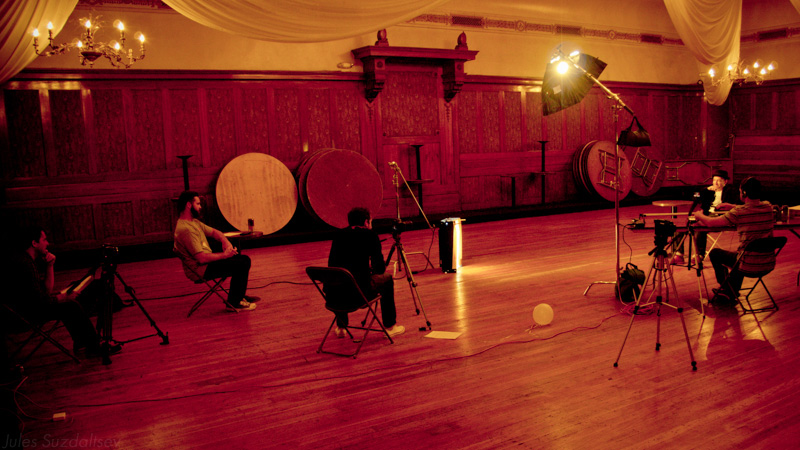 Adobe: What makes the Stones Throw Records story unique?
Broadway: The label has a lot of cult, die-hard fans in niche pockets all around the world. This was an opportunity to make a film about the collective of artists who have been so influential over mainstream culture. It’s interesting to hear from the artists about how they have been affected by the Stones Throw collective and aesthetic over the past 20 years.

Adobe: How was the learning curve switching to Premiere Pro?
Bralver: I edited two feature films before this one, the first with Final Cut Pro and the second with Avid. All editing programs perform similar functions, but Premiere Pro offers so much more. The best analogy I can come up with is that working with Final Cut Pro and Avid is like playing an old video game that only lets you march down certain hallways and you don’t have the whole world available to you. Premiere Pro is like playing Grand Theft Auto where you have everything available to you and it is so much more inspiring.

Adobe: Tell us about the use of Premiere Pro on OUR VINYL WEIGHS A TON.
Bralver: For this project we incorporated a lot of motion graphics, so the integration between Premiere Pro and After Effects was critical. In Final Cut Pro or Avid, including these same elements would have added many more hours and would not have been practical. We like to handle every aspect of production, including creating our own graphics, so Premiere Pro is the only option that makes sense for us. 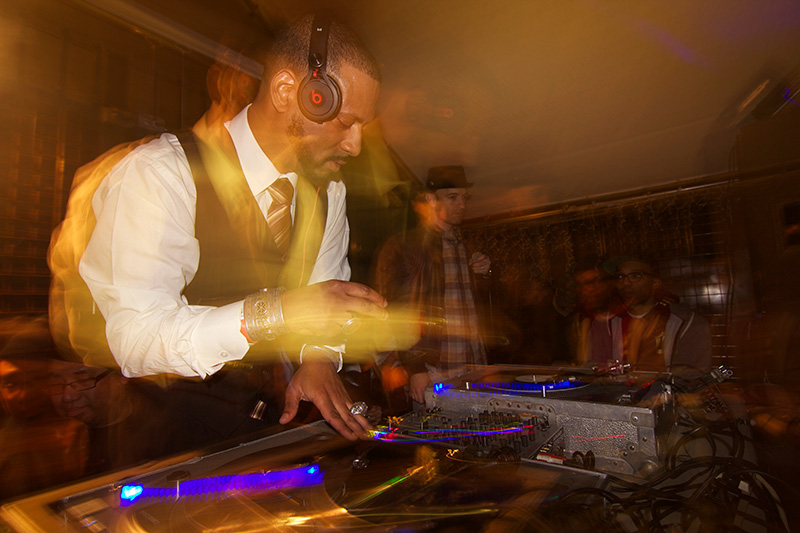 Adobe: Are there any specific features that stand out to you?
Bralver: I’m a younger editor and the Premiere Pro interface just makes more sense to me and is much more intuitive than the other NLEs. It’s clean and easy to figure out how to do everything. With Premiere Pro, everything is open to you and you’re not constantly trying to overcome technical obstacles that interrupt the creative process.
Broadway: On the post end, we were recently creating Blu-ray discs. It was so easy to learn how to kick out from Premiere Pro, encode, build the disc image, and create a Blu-ray disc via Encore.
Bralver: Ease of use on the back end is very important. A lot of people, even experienced editors, run in to trouble because they can create something on the timeline but can’t figure out how to export it in different formats. Premiere Pro is the most modern NLE in terms of making the backend simple.

Adobe: How did you incorporate visual effects in the film?
Bralver: We worked with some animators and a motion graphics artist. The animators mixed stop motion-style content with the layering possibilities in After Effects. They would create settings from found materials such as roof tiles or construction paper, photograph them, scan in drawings of cast members, mix them together, and then exploring the 3D depth possibilities of moving in and around objects in After Effects. The motion graphics artist added green screen video elements to layered photographs, integrating motion video with still images in an interesting way.

Adobe: What other tools did you use from Creative Cloud?
Broadway: We used Photoshop for photo layering and worked a lot between Photoshop and After Effects. The graphic design teams also used Illustrator for key art and one sheet materials. 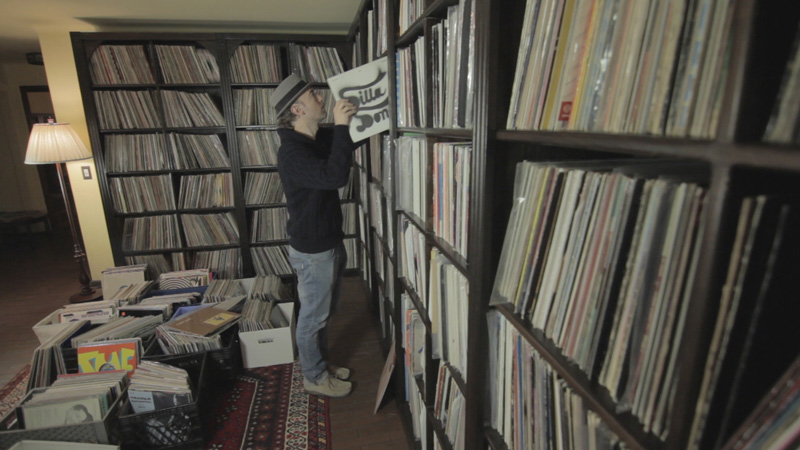 Adobe: What do you think of the Creative Cloud membership model?
Bralver: It’s been great for us. We’re much happier paying $50/month and getting regular updates that don’t cause massive headaches between project files. Everything keeps going smoothly with Creative Cloud, and it is preferable to paying a lot of money all at once for a new version. We have several people working on content at once, so the ability to install the software on multiple machines has also been extremely helpful.

Adobe: What’s next for the film after SXSW?
Broadway: SXSW is a great place of convergence for the worlds we’re coming from—music and film. Leading into SXSW, Peanut Butter Wolf has been touring with other Stones Throw artists, playing 10 North American markets and doing sneak peeks, Q&A sessions, and hosting parties in each market. Everything will culminate at SXSW with an after party following the third and final screening on March 15th. The film releases theatrically the following week in New York and Los Angeles. From there it will screen wherever it is requested in local markets and on April 15th it releases on DVD and Blu-ray and digitally on iTunes.