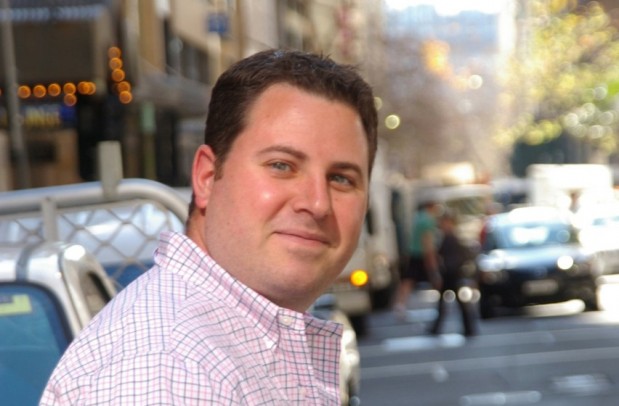 With a mind of a genius and the spirit of a rebel, Evan Schechtman is one of the most accomplished post professionals in the business. Through his thirst for knowledge and contempt for establishment, Schechtman has transcended his career from owning his own post facility to becoming one of the most sought after minds in the industry. I was able to catch up with Schechtman recently who talked about how he started Outpost Digital , his partnership with Radical Media and why Autodesk’s Smoke is the answer to the question, “What’s next?

PVC: Can you tell me a little bit about your history and how you came to create Outpost Digital and work with Radical Media?

ES: I started Outpost Digital in 1998 after leaving college. I was doing a lot of video compression, and really trying to, for lack of a better term, start a very modern Kinkos. I took a leap and hired some very creative editors and started to offer more of a creative product as a company.

PVC: How did you come to sell Outpost Digital to Radical Media, and what’s your role there now?

ES: A very cool client, Jon Kayman of Radical Media, liked a lot of things about Outpost Digital. After a few months Outpost was bought buy Radical media. So now I work as Chief Technology Officer of Radical Media. It’s my job to understand the tools people use, our business goals and know what fits in the larger scheme of Radical Media. Designers having a tool where they’re not limited by what the operator can do, or the system, are as important as the speed of the system. We really have raised the creative bar internally over the past two years, and it really became time to breathe some new creative excitement to the facility and attract new talent. We needed to give people a higher ceiling. So this year I was like “Wow, look at Smoke!”

PVC: What’s so special about Smoke?

ES: Smoke has a lot of the power of the Autodesk tool set. Best keyer. Best tracker. Really fancy features like 3-D. Now that software was in the reach of Radical. Most importantly, I wasn’t going out and buying an Octane or an Onyx or an O2SGI to run it and paying a hundred grand for it. It’s a $15,000 software, which is still a lot of money, but I can put it on a Mac Pro that I soup up with an amazing graphics card. Smoke has the ability to switch over to a Final Cut Pro keyboard layout and reads the XML. So now I believe that with Final Cut Pro X, we have an unbelievably fast media management and editing tool.

PVC: Do you see Smoke changing the way colorists and editors work?
ES: There’s something about this “super app” and the sophistication of its tools that raises the bar for the facility’s output, and gives all of the artists internally (whether they be a pure designer, online editor or color corrector), a new tool to dive into and a new skill to strive for. So when we talked about trans-media and programmers who are great artists and artists who can code and designers who want to edit, and all these other things…this tool really becomes the hub, and the change agent for that.

PVC: Do you advise people just breaking into the business to learn Smoke?

ES: When new people come in who don’t know After Effects, I tell them not to learn it. I really do. I tell them to learn Smoke. Learn node based work flow, it’s more powerful. With Smoke, I feel like the sky is the limit; everyone feels challenged by it. I’m trying to make people here understand, if you take the time to learn this app, there’s a much higher ceiling for you, and it’s a more portable skill and will gain you entry. The more you know the more powerful you are, and I think it’s a wiser move to learn the Autodesk system. There’s a lot of people in this business who don’t want to learn, and who want to knock what they don’t understand. So for me, having that product here is a filter. Which employee is going to go above and beyond and ask to be trained on it.

PVC: Do you think some people may feel excluded by the price of Smoke?

ES: I would ask those people, “Don’t you want to invest in yourself?” “Don’t you go buy the most expensive, most powerful computer..?” If making money on your computer is your business, don’t you make that investment? Why should it stop at the hardware? Better software gets more out of the same hardware. So what I’m trying to explain to people is that fifteen grand is not only an investment in yourself, it’s a longer term investment, it raises your rates, and gives you entry into places that are aspirational because they use these products. You’re going to go to The Mill and say “I know Smoke perfectly. And yeah, sure I know After Effects and everything else.” You’re sooner to go in than a Junior who says “Yea I only know the Adobe package. Teach me.” So total cost of ownership is one thing I look at, and investing in one’s self…right? You want to learn the best tool that you can.

For more information about Evan Schechtman, go to his website at:  evanschechtman.com

For more information about Radical Media, their website is: radicalmedia.com

For more information about Smoke you can find them at http://www.autodesk.com/smoke

FTC Disclosure: The creation of this article was partially subsidized by Autodesk. Although they approved the general subject, they had no control over its editorial content.