Video is becoming part of many people’s lives and small cameras help to capture unique moments of daily life. 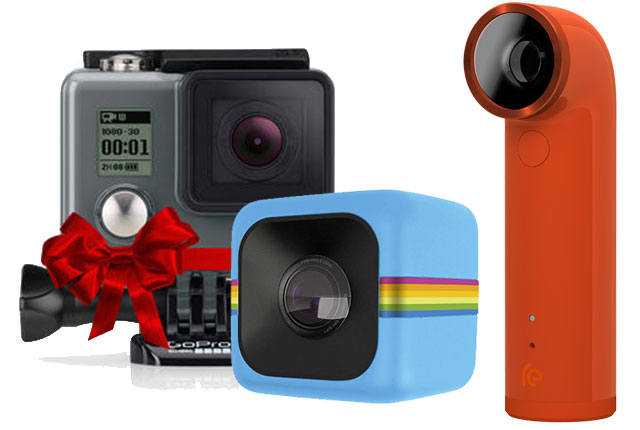 The passion for video making starts, many times, at an early age.  Although Smartphones offer video capture, a small camera may be the best option for many situations. The cameras suggested here may be good Christmas gifts for young people avid to try their hand at creating their first stories. Adults will love them too!

Presented as the camera to give everybody the opportunity to get out from behind the lens and start living in the moment again – something many have sadly forgotten – the RE from HTC is, as the company states, a remarkable little camera with a minimalist cylindrical design that makes it easy to hold and activate: the built-in grip sensor in the RE instantly activates the camera as it’s picked up, eliminating the need for a power button. Its large, tactile shutter button captures photos with a single tap and videos with a longer press, making it fun “and super-easy to capture high-quality, creative imagery or video.”

The upright design is not absolutely new, other video cameras before have tried it, but not in the same way as this one. The RE can stand up on its own – although it is advisable to buy a support accessory from the range available. The RE offers a 16MP CMOS sensor, Full HD (1080p) video recording and a 146-degree wide-angle lens that makes it easy to get everything in the picture, even without a viewfinder. In fact, the viewfinder exists, but as a remote viewfinder, as you can control the whole device remotely through one app in your Smartphone. 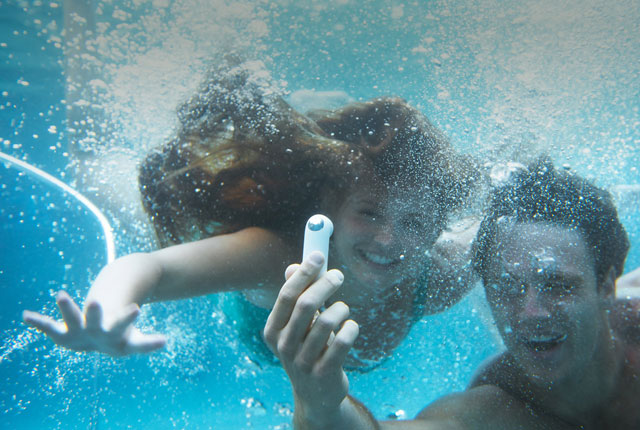 It is easy to argue that many of the things the RE does could be done with a Smartphone, so there is no need for a camera that has against it a price tag, $199, that is not exactly cheap. But the RE goes where no Smartphone goes, as it is prepared to brave the elements and even go underwater, just as it comes out of the box, even if only down to one meter, for 30 minutes,  which is more than enough for some pictures at the pool or by the seaside. It can also go down to two meters for some time extra time, with a protective case.

The camera accepts microSD cards up to 128GB and the camera’s built-in battery, charged through a USB port, lasts for some 90 minutes of video. With Bluetooth and WiFi, the RE lives in harmony with a Smartphone through the RE application, which syncs photos, videos, slow-motion and time-lapse recordings seamlessly over WiFi – meaning that you can relive and share your experiences at the touch of a button. Available on Android and iOS, there is no need to edit or sync to your PC, as the RE app backs up those precious memories to your phone or the cloud, working in harmony with the Zoe app, a collaborative video-editing app that makes it easy to remix photos and videos with beautiful themes and soundtracks that can be shared.

Another example of a camera that you’ll gladly use for any risky endeavor, and this means things as easy as attaching it to your dog running at the beach, is the Polaroid Cube. I believe no one in his perfect mind would use a Smartphone for that kind of video capture, unless they were being paid to do so. So, this $99 camera from Polaroid may well be your best bet. And young people will love it, as they can even through it around while it captures video. That’s an interesting idea! 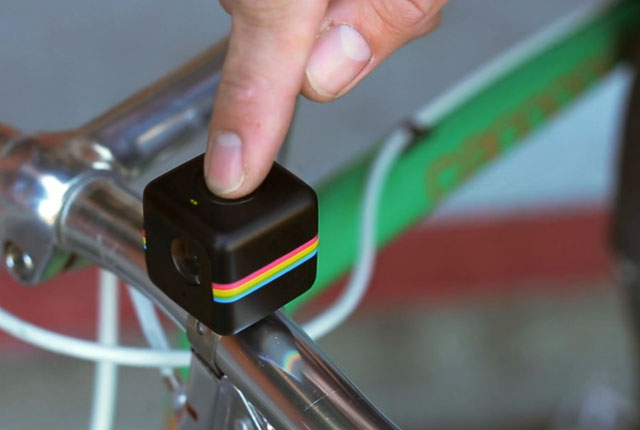 There isn’t much to say about the Polaroid Cube. It’s a 1080p/720p video, able to do 6MP photos, with a 124-degree view-angle lens, weatherproof/splashproof (there is also one waterproof case, which costs $24.99, and can be used up to 10 meters deep), microphone, LED, built-in high capacity battery, able to record up to 90 minutes. It uses a microSD card with 32GB being the maximum you can use.  The camera is available in different colours: black, red, and blue.

With an assortment of accessories that allow to attach it to different supports – strap, helmet, bicycle or tripod mounts, monkey stand! – and even a protective bumper case (for throwing it around), the Polaroid Cube is an accessible action camera that can be used for all those adventures where you do not want to use a more expensive camera. Because it is cheaper than the RE, it wins the battle of price, although we’re talking about two different products, as the RE allows for direct transmission of images to a Smartphone, a way to keep your record if something goes wrong.

There are other small cameras similar to these in the market, but these are newcomers, and from names that are known to the public and will, hopefully, stay around for some time, what may give some degree of confidence to buyers. The assortment of accessories also opens a lot of options, meaning these cams can be used for multiple action sports or family moments, to capture unique moments, and also as accessible tools for young people to start creating their own videos. 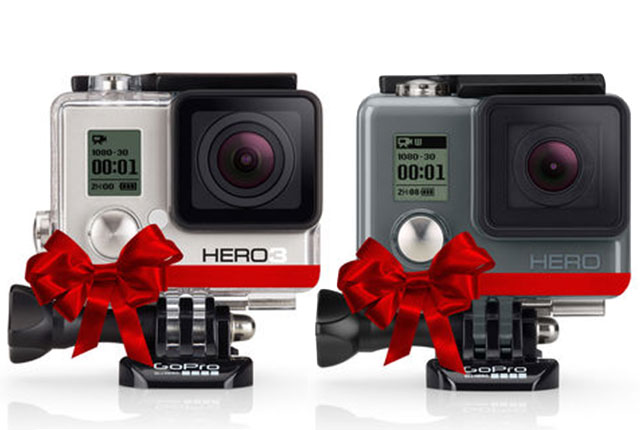 This said, the competition if fierce, as GoPro does not seem to be sleeping. In fact, there are two options people will immediately look at, when it comes to action cams, and they are both from GoPro: the HERO, and the HERO3. The HERO is the perfect entry-level GoPro It features 1080p30 and 720p60 video, 5MP photos up to 5 frames per second, QuikCapture, SuperView and Auto Low Light. Waterproof to 131’ (40m). The price is $129,99.

The second option in the GoPro line is the HERO3, which white version costs only $199,99.The camera features 1080p30 video and a variety of photo modes, from 5MP single photos, Time Lapse photos or Burst photos up to 3 frames per second. Built-in Wi-Fi enables users to control the camera remotely plus preview, play back and share photos and videos with the GoPro App. These GoPro cams are both tough competitors when compared with any other camera in the market, and that explains why GoPro is so popular. 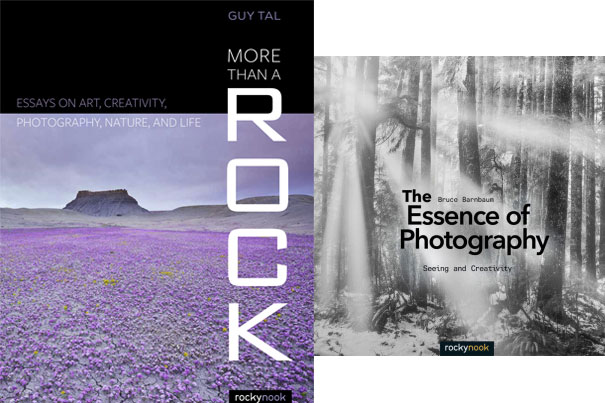 Photography books/ebooks do not always have to be about techniques or how to better use cameras. As an art... 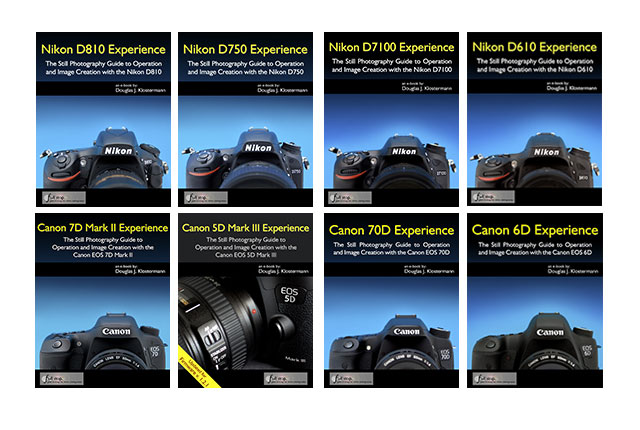 Although conceived for photography, Full Stop eBook guides also offer an introduction to the video functions present in modern... 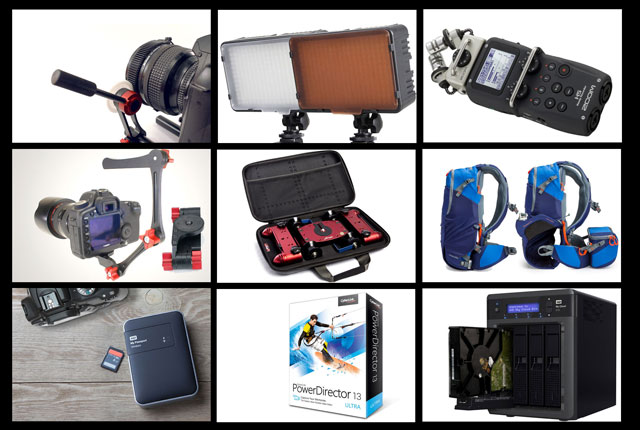 A Christmas gift list can be either for personal use or to suggest someone the things we would like... 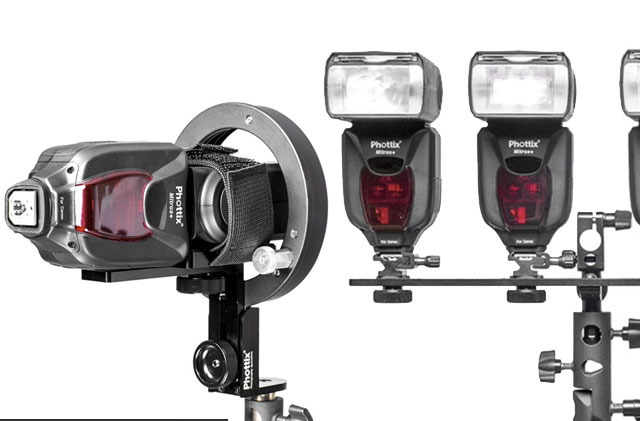 Offering a photographer a gift is not an easy task, also because many of the guides you’ll find available...