The NLE revolution isn’t over… Enter Autodesk Smoke for Mac.

Post NAB 2012 Adobe has released the CS6 suite, Avid is pushing Symphony, and you may think that the editing revolution is over… but you would be wrong. Autodesk announced Smoke 2013 for the Mac platform for $3495. There has been quite a buzz about Smoke since NAB.

That Post Show hosted by Kanen Flowers and The Digital Convergence Podcasts have both explored Smoke with their interviews with Autodesk’s Marc-Andre’ Ferguson, the Smoke Industry Manger. Both are good talks and lots of burning Smoke questions are answered.

Scott Simmons’ Editblog also took a look at Smoke, as well as Walter Biscardi in their post NAB blog posts. You can demo Smoke for yourself in early June 2012. It runs on any newer Mac computer including MacbookPros and iMacs, as well as MacPro towers. Register for the pre-release and the public beta that will run through the Summer. www.autodesk.com/smoke-trial 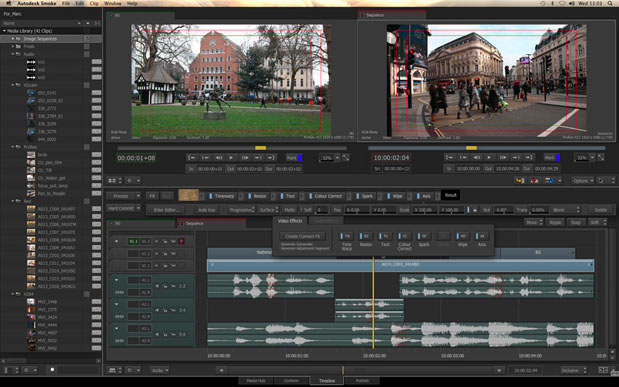 Currently this new version of Smoke with a new timeline centric editing and effects workflow has been re-engineered and redesigned to make it more comfortable for editors who have worked with Avid, FCP, and Adobe. What does this mean for you as an editor and content creator? First off, Smoke is one application. Everything you need from import to edit to export is all in one program and one simplified interface. From experience, this is a wonderfully efficient way to work. You don’t have to export clips and manage render files or dynamic link shots and jump from one program to another. This allows you to work fast and make changes even when effects are applied, because you never leave the application. And you only have to learn one application. I believe that the learning curve for Smoke is much less than trying to learn the multiple programs from CS6. It’s easier to learn one program for editing, audio, color grading, and effects than 4 or more separate programs.

With the editorial redesign, you actually don’t ever really leave the timeline. All of the effects in Smoke 2013 are accessible at the timeline level. You can affect clips not only in your record sequence, but also source clip timelines. 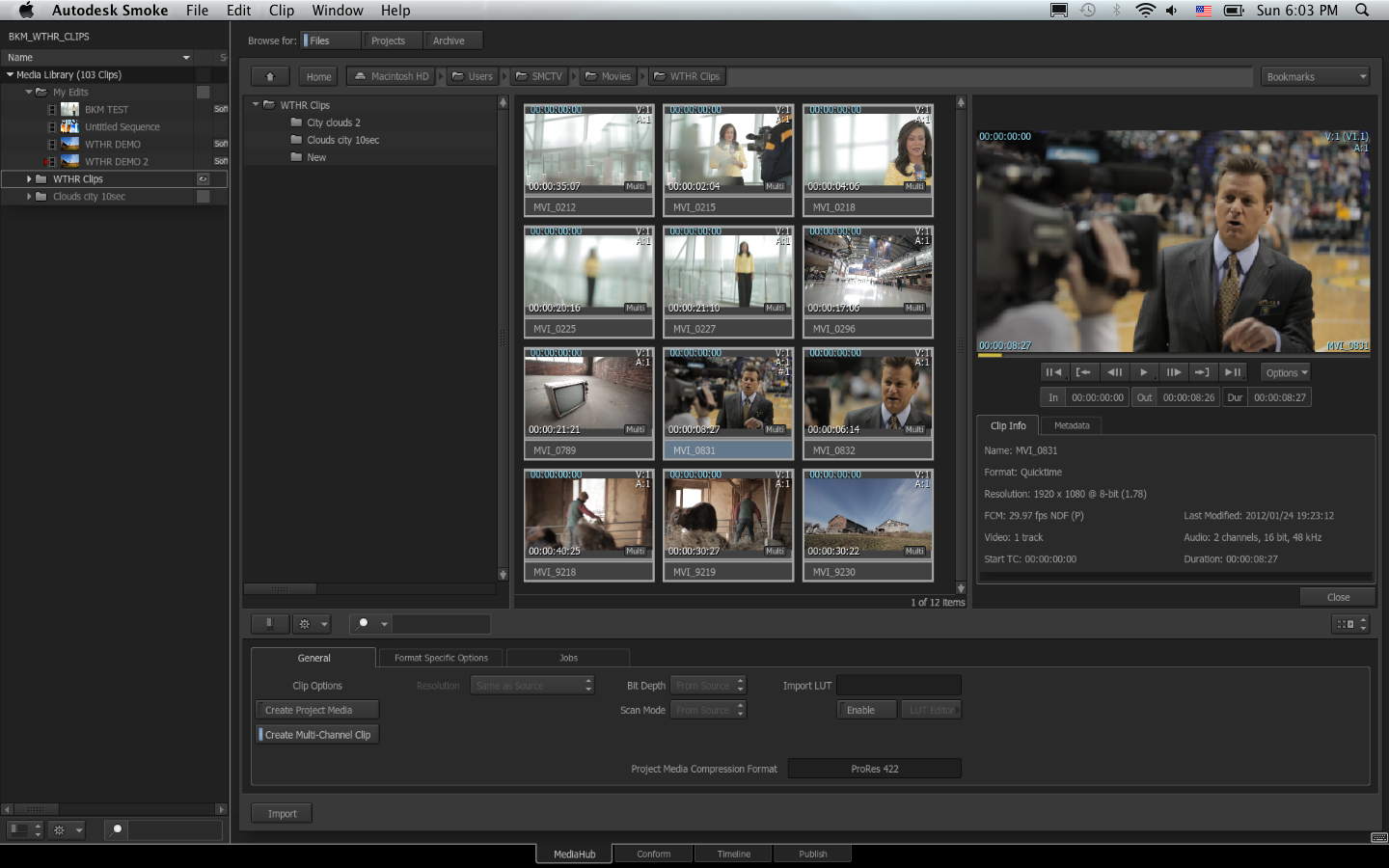 I have mentioned the editorial changes to make it easier for editors to jump right in and be comfortable with the interface. Smoke 2013 has a traditional track based workflow for both audio and video. You can work in Source/Record views as well as a larger single monitor view that you can zoom in and scale for both your sequence and sources. This allows you to see your HD and larger images in their full glory when editing. Smoke has all of the standard trimming controls via mouse or keyboard. Not only can you move shots around the timeline gesturally drag and drop, but you can also copy clips back in to your source bins. This editorial freedom allows you to create elements in the timeline and easily use them as sources in other sequences. Or you can create elements to use in more complex compositions.