How much over/under can one shoot?

Blackmagic Design lists the dynamic range of the 4K Blackmagic Production Camera at 12 stops.  What does this mean in real-world situation?  How much range is in the 4K ProRes file?  For me, I wanted to see what I can over/under expose and still get a great image out of the footage

Since I first received this camera I have put it through the paces to try and understand its strengths and its weaknesses.  I like to know, as best as I can, where I can push the camera and where the image falls apart.  I want to see where noise will be introduced and what I need to be careful to avoid. 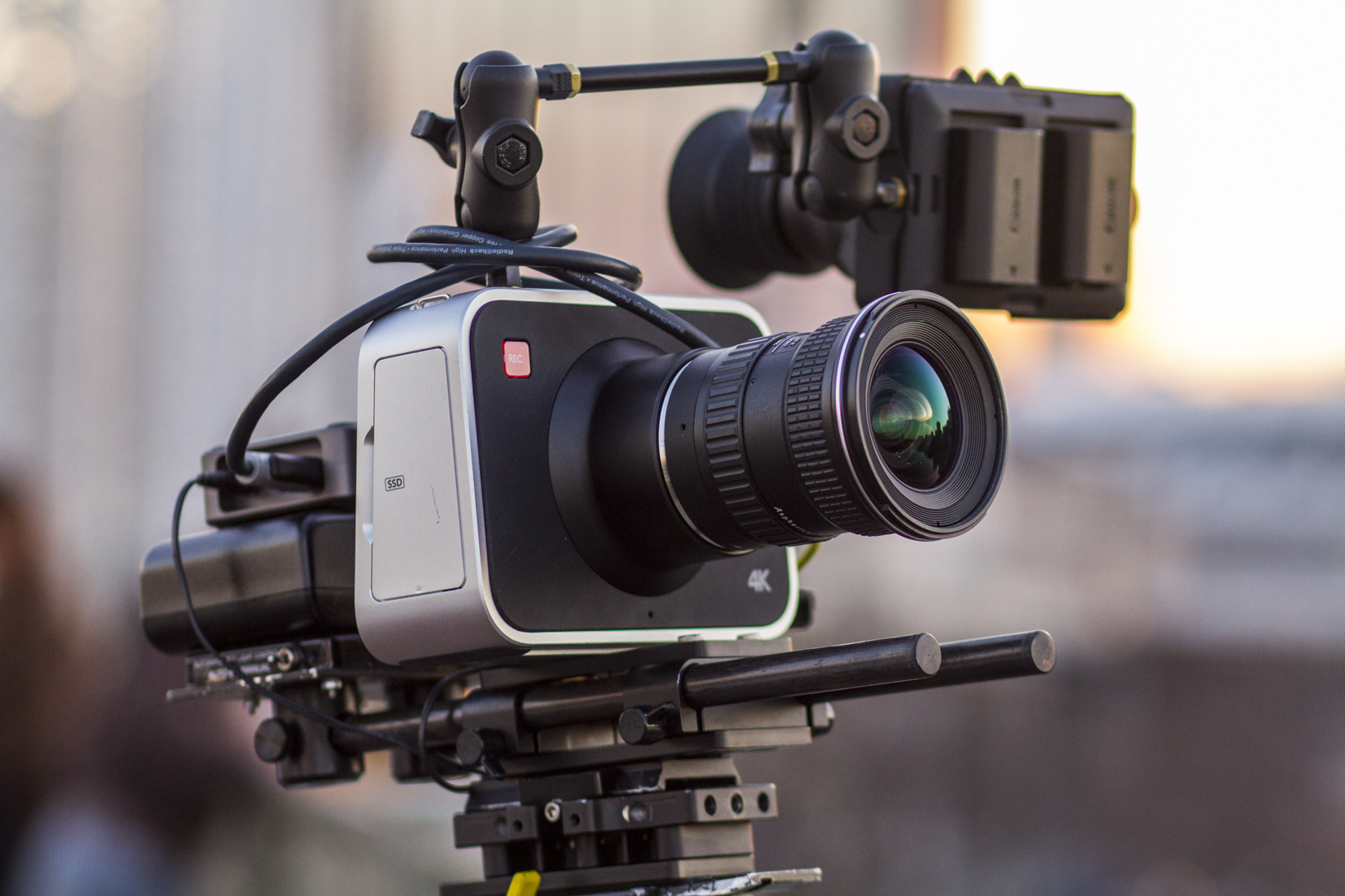 This was a quick test I first shot in March.  The settings: 4K ProRes, 400 ISO, dynamic range setting = Film, Incident light meter reading = 5.6, and the light set-up was several fluorescent lights on wood frames giving us a broad and even light.  Then we worked through the exposures at 1/3 stop increments.  I used Avid Symphony for a quick color correction. IMHO I think DaVinci Resolve might be a better fit for color correcting and noise reduction.  The upside to Avid is you can color correct nice and quick without round tripping.

It's all about the skin and how it reacts to a push/pull on the exposure. What I'm searching for is the breaking point: noise. Noise is what I want to avoid when shooting and the only way to really know when noise is introduced is to force it to appear. I want to know when it will appear and when I'm still within a safe range. Below you can see the entire exposure range without any corrections… essentially raw video straight from the camera.

One thing to watch out for with the Production Camera is once a pixel peaks there is no getting it back at all.  Of course, that is the nature of digital cameras. When I look at the color corrected video I am impressed with how far someone can pull an image back from over-exposure.  The saturation and skin tone does get thinner the more over-exposed the shot becomes, but that isn't really a surprise for me.  Now, this is a pretty limited frame: One man standing in front of a black background.  Most likely we all shoot in situations with a broader variety in exposure with more highlights and shadows than can be found in this video. What I hope is to share knowledge.  Know when a highlight is recoverable in your frame and when it is lost.

Over Exposure Range from Brian Hallett on Vimeo.

The Production Camera is very similar to the Cinema Camera in that both have quite a bit of information in the shadows.  I like how I can shoot 2 stops under and still pull the image up in post and not get a ton of noise. After 2 stops under I feel like noise becomes an issue, but it isn't a deal-breaker.   Reminder, no noise reduction has been added to these videos.  Where I see noise first is in the hair and the dark areas.  In the past, I have been able to use Blackmagic's DaVinci Resolve's noise reduction to lessen it.  In practice I think Resolve can help you raise your levels by almost a whole extra stop, but you'll likely have to use Noise Reduction to kill those  “dancing ants.”  Once the image got to -3 stops under exposed I found it difficult to color correct the image accurately.  The color was very thin and dialing the color and the contrast become difficult at best.  Then, the image falls off a cliff at -4 stops under.  There is noise, color shifting, and an overall crappiness to the image, but we are talking 4, 5 stops under exposed.  That's a lot of leeway.  Another thing… If I ever need something to look like a Sat Video Phone from a war zone… I have my recipe.

Under Exposure Range from Brian Hallett on Vimeo.

There is a fair amount of detail in the Highlights and Shadows of the 4K Production Camera.  I had a shoot inside a poorly lit office and, because of this test, I knew I had a fair amount of leeway in post to bring the image out of the mud and into a usable place.  With that being said, getting it right in camera is much faster and better for everyone.  I hope this helps the 4K Production shooters out there and make sure to do your own tests.