Full color control from your phone

I was an early adopter and Kickstarter backer of the Digital Sputnik Voyager LED lights. I loved their price and I knew I could use them on my everyday shoots. I find the Voyagers to be an adaptable light for just about any situation. Do I need these lights? I probably do not need full-color control on the lights I use most days. I will say though, it is nice to have the feature in my tool kite. It’s a feature I end up using subtly pretty often.

I first was introduced to Digital Sputnik from an Art of The Shot interview I did with Greg Fraser, ACS ASC. He had just come off of shooting “Rogue One.” We talked Digital Sputnik and lighting equipment and how being able to completely change the color of space lights in a studio saved the production tons of man-hours and money. A short time later, I saw Digital Sputnik had launched a Kickstarter campaign to fund the R&D of their new Voyagers.  These are 2′ and 4′ full color controlled LED lights with the same color control as their DS-1 line-up and the price was reasonable.

The hue and saturation make up the special sauce on the Voyagers. Yes, you can dial the full-color LEDs into a straight 3200 or 5600 Kelvin light temperature. Yet, it is when one uses the Digital Sputnik LightGrading software, and the app’s easy to use color wheel, that the bright vibrant colors produced by the Voyagers are revealed. From bright reds, vibrant greens, and deep blues I find the primary color choices are the brightest with the strongest light saturation.

When tuning the LightGrading software to secondary and tertiary colors the Voyagers, and the LightGrading app, show these colors are just as easy to dial in as the primary colors. If an operator’s fingers are too big for fine detail color setting as she/he drags the picker onto the desired color then they can turn to the individual settings with single inputs from 1 too 100. For the saturation setting, and for whatever reason, the range from zero saturation to the fullest goes from, obviously 0, to 120%.

When I first turned on the Digital Sputnik Voyager 2′ LED light I immediately thought the light could…well… be brighter. The color is great as is the app, but the overall light intensity was not as bright as I hoped. I have a thing. It’s a little thing, but it’s my thing. I like using lights brighter than I need. I can always dim them or modify them in one way or another. I like the more options brighter lights give a shooter. Whereas a light just bright enough for a scene or an interview can only be used at its brightest without diffusion.

I have tried other full color capable LED lights and found capable of producing brighter light but those lights are not powered by an internal battery or waterproof. Two very nice to have features.

What I like about the Digital Sputnik Voyager LED lights is the ability to run the lights on the internal battery alone. In a few situations, I have relied on the Voyager’s internal battery for quick setups when I need to shot in a hurry. How long does the battery run? My unscientific tests show the 2′ Voyager’s last about a little less than two hours at full intensity. I imagine the battery might last longer when the light intensity is closer to 50%.

If one drains a Voyager’s battery entirely they will need to charge the battery a little before the light will turn on. See, the Voyager’s need a little battery power to turn on even when plugged into an electrical outlet. I was caught unaware late on one shoot and I was stuck without using one Voyager LED. This can be one of those things learned the hardware like I had to learn it.

The Voyagers come with a quick release mount. The runners on the back of the light are where the quick release mount is secured. It’s a pressure kind of mount where you can tighten the lever until the light is secure. The mount has four holes tapped for 1/4 20 or 3/8. or  The light slides on. This is easy to use as it should be. What I have done, up until now, is to use a baby pin straight into the mount 1/4 20 holes. This is fine for my quick shoots but for multiple light setups, one is going to need to get a little crafty. 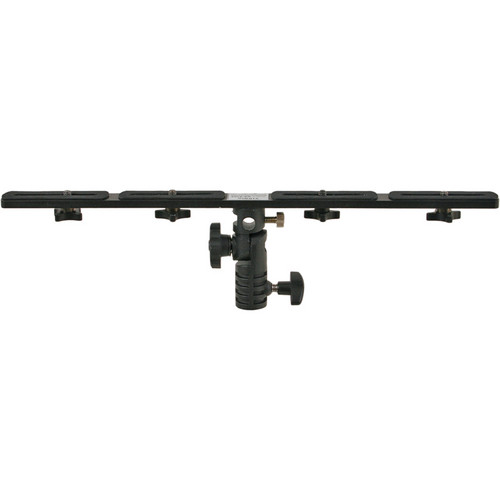 One way to mount the Voyages is to mount a clamp on the Voyager quick release mount. Then one can mount a handful of Voyagers onto a c-stand, or gobo arm if they so desired. It’s a simple set up and simple to execute with minimal cost. You can fit a bunch of Voyagers on a gobo arm. I usually go for four, but I could see myself building outa light with as many as 6 to 8 lights if they will all fit. Maybe I should draw up plans for a wall-o-light with the voyagers. Anyways, I digress.

The simple quick release mounts offer up an interesting solution to mounting the Voyagers. I have even used a 2′ Voyager LED as an eye light on top of my camera. These lights make for an amazing eye light because of their ability to fully dim without changing color. The 2′ tube is just long enough to create a nice highlight in a subject’s eye.

There is also the RPS Lighting Studio Lightbar which seems to be an excellent option for mount four Digital Sputnik Voyagers together. The RPS Lightbar are four 1/4 20 screw threads and the space between the mounts seem wide enough for the Voyagers. Though the mount to a C-stand or light stand doesn’t turn in the direction I really want. I see myself adapting this mount a bit to fit my needs. And, this is something of a hiccup with new lights. There are not a ton of options for mounting available on the market. If one looks at the Quasar Science LEDs, you will find a little bit more accessory options. This is something to take into consideration. I do think Digital Sputnik will have more accessory options in the future. 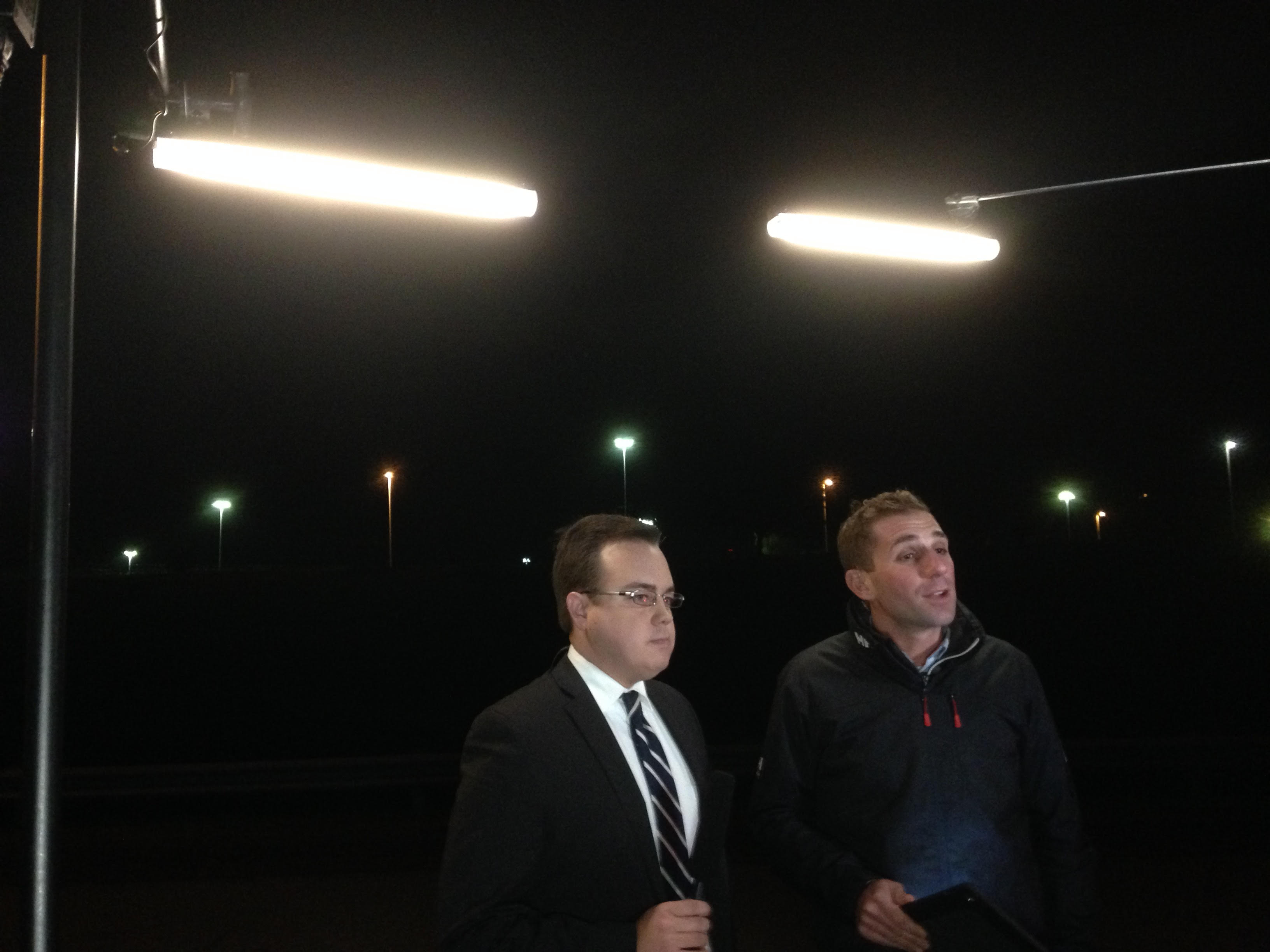 During the Kickstarter, campaign backers could choose either Voyager LEDs that are waterproof or not. The waterproof options were slightly more expensive. I bought the regular Voyagers seeing how I am rarely ever shooting in or even near water. I do live in Tennessee, a landlocked state. Now, as I write this post, my continued research shows Digital Sputnik Voyagers for sale on B&H Photo are all listed as waterproof. Though, the lights are not currently shipping from B&H Photo so the information on the website may not be 100% accurate.

If you do have the waterproof Voyagers, or thinking about buying the option, know the lights waterproofing is for 13 feet of water for 24 hours. This means your lights will likely work in any pool for the time of any production. Just remember the lights will need to be on battery power only. No reason to live life on the edge and pull power to the pool. You might get a shocking surprise.

When and where I think most will use the waterproof feature will be when light rain starts to fall during a production. I my case, when I am shooting a live shot or interview outside and I cannot stop shooting to move into a dryer place. Then the waterproofing could give me a little peace of mind. Anything to reduce the stress of a shoot is appreciated by me.

I have a love/hate relationship with iPhone App control of my production gear. With a GoPro it’s great. With a URSA Mini Pro, it’s okay. You get the picture. The app Digital Sputnik has developed is intuitive and easy to use once you take the short amount of time to read the one-page instruction. One will find, controls for Hue, Saturation, Intensity, Temperature, and dedicated buttons for 3200K and 5600K. When one places their finger on the color wheel they will see the color wheel reacts to touch more like a color sphere. This type of fingertip adjustment is best for roughing in a hue, the saturation, and the intensity.  For those finer detailing in Digital Sputnik gives users the option to use a – or + for a single percentage or degree changes.

What I am beginning to no longer enjoy is having to use an iPad or Smart Phone to control my production equipment. If everything needs access to my iPhone or iPad then what is cool about controlling something through an app begins to become slightly annoying. It’s fine for one device. It’s annoying for a handful of devices.

The Voyagers, like many app controlled lights, also have lighting effects built into the software. I rarely use these effects. It’s not for trying either. I have a goal to use the police light for an upcoming story. What effects come built into the app? Fire, Police, Chaser, Gradient, Fade, and Light Brush to name most of them. All of the effects are customizable by choosing the colors and speed of the effect. Those customized effects can be copied and pasted to other Voyagers used in a scene.

Are these effects, well, effective. I think with some customization users can find what works for them and what they are shooting. For example, Nashville police lights are all blue. Dialing in the specific color, the speed of the light flashing, and what color, or the absence of color when the light turns off for that part of the flashing is easy to get just right.  Whatever you are shooting the LightGrading software has an effect you might want to check out. 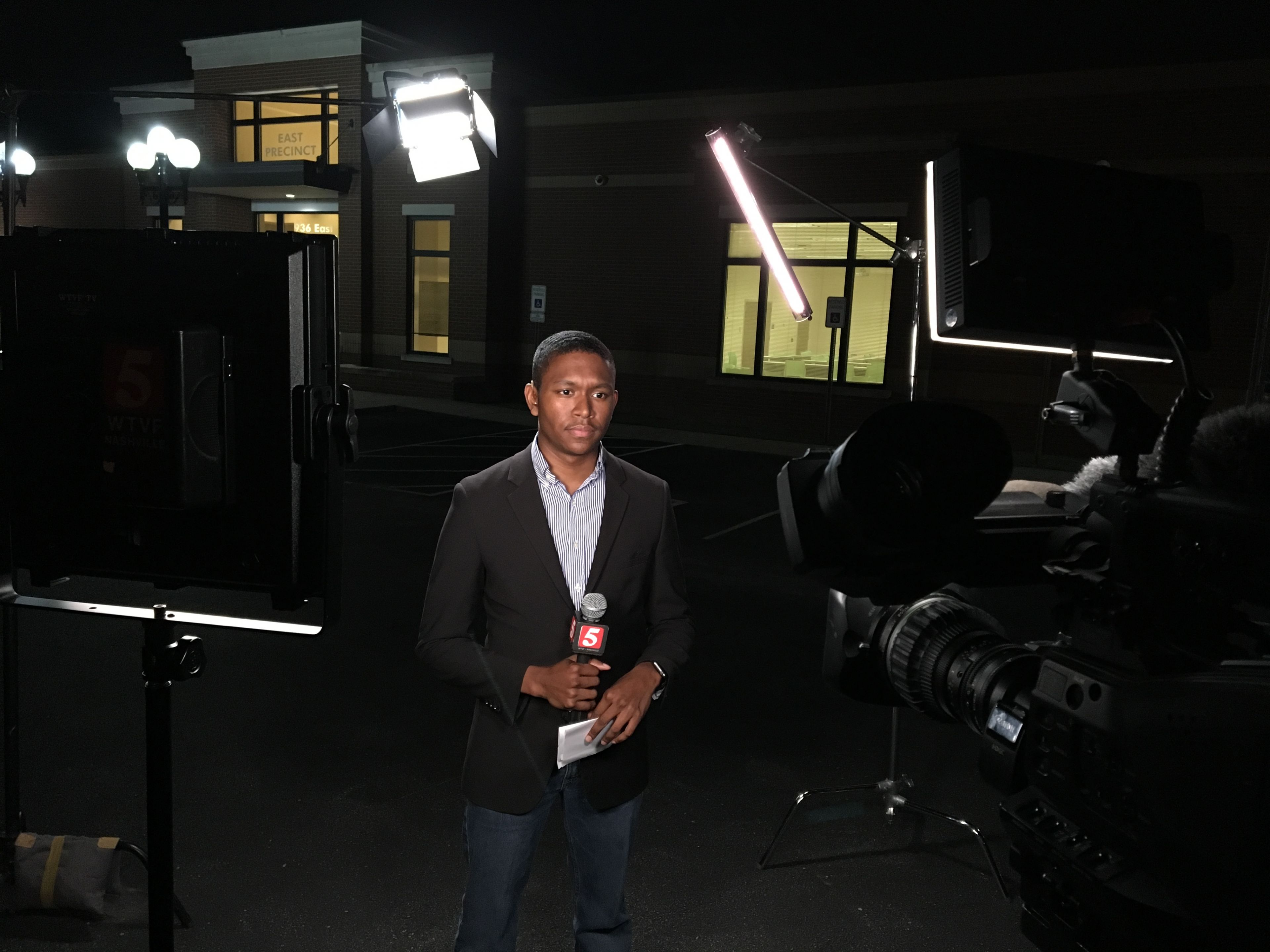 For me, in the news and documentary world, I find the Voyagers to be flexible and easy to use light. The ability to dial in any color is a great asset. Having the option to veer away from the standard 3200 or 5600 Kelvin has helped me push myself out of my comfort zone a little bit to try different colors and looks for a more stylized picture. I also find myself placing these easy to mount lights just about anywhere I want. They are lightweight enough to hang out on a C-Stand or extension arm. The brightness of the LEDs is a little less than I desired but I can work around the issue. The benefit of the short light throw is keeping these lights on a subject close to the camera without the light bleed on to the background. Digital Sputnik Voyagers are not the only lights capable of full RGB color control. Nope, Quasar Science and LiteGear, to name a few, all have LEDs which can be tuned to any color. I suggest finding what works best for you. Some are brighter. Some have deeper colors while other have interesting effects. All are useful.