The best overview yet of what looks to be a very powerful color grading plug-in.

Right around the time of NAB 2011 rumors began floating around that Filmlight was going to release a Macintosh-based software only version of their Baselight color grading product. It made sense as a rumor as many other companies had been introducing reduced cost Mac versions of their products plus Baselight would already run on a Mac laptop as Baselight customers can get a Mac laptop-only license as a great learning tool. What Baselight did was surprise everyone with a work-in-progress Final Cut Pro Baselight plug-in. Now we’ve got a demo of the Baselight for FCP7 in action.

Here we are just a few days before IBC and Baselight will have the latest version of the Baselight for Final Cut Pro 7 plug-in ready to show. If you click over to page 2 you can get an 18 minute sneak preview of this plug-in demoed by Martin from FilmFlight. It’s a great overview that shows not just what Baselight can do in FCP but also the interaction and workflow between the plug-in and a full Baselight system including primaries, keying, shapes, keyframes and import / export to Baselight. 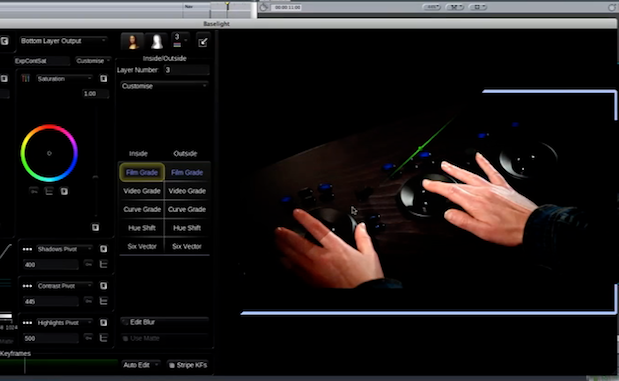 The Baselight plugin showing a wipe to compare graded vs. ungraded.

I’m no Baselight colorist but I have pounded on the system quite a bit since my company installed one earlier in the year and the Baselight plug-in in FCP 7 looks just like the real Baselight interface. It’s going to be a great learning tool that’s for sure in addition to a very powerful new color grading plug-in for its supported hosts. 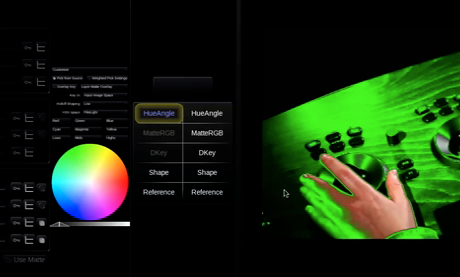 A key pulled in the Baselight for FCP plugin

The question of hosts brings up the elephant in the room. This demo is running on Final Cut Pro 7 and as we all know FCP7 has reached the end of its life. They began development on this plugin before FCP 7 was EOL (and before FCP X was announced) so they have decided to bring it on to market as was promised. The plugin has also been discussed for Nuke though I haven’t seen any real specific details on that. I have mentioned before I think this plug-in is more of an overall strategy for Baselight in the broader post-production market as opposed to just being a single plug-in tool for a few NLEs. My guess would be Filmlight might be porting this plug-in to quite a few of the post-production tools they see with a good share of the market. I hope that this thing can come to Media Composer. Martin mentions specific support or the Avid Artist Color control surface. Maybe we’ll see the Tangent Wave and the upcoming Tangent Element will be supported as well.

Variable feathering shapes in the Baselight for FCP plugin. Notice the pop out interface that opens from within the FCP filter tab to give you a lot more screen real estate.

FilmLight hasn’t announced a shipping date as of yet (beta program beginning end of September) but price is expected to be under $1,000.

The demo movie is 18 minutes and 42 megs so it might take just a minute or so to load.

Next Up: an 18 minute Quicktime demo of the Baselight for Final Cut Pro plug-in.