As a professional, I cannot afford not to make the shot, says award-winning filmmaker David Spurdens to explain why and how he uses Vinten products on his work and on the short film The Winner. 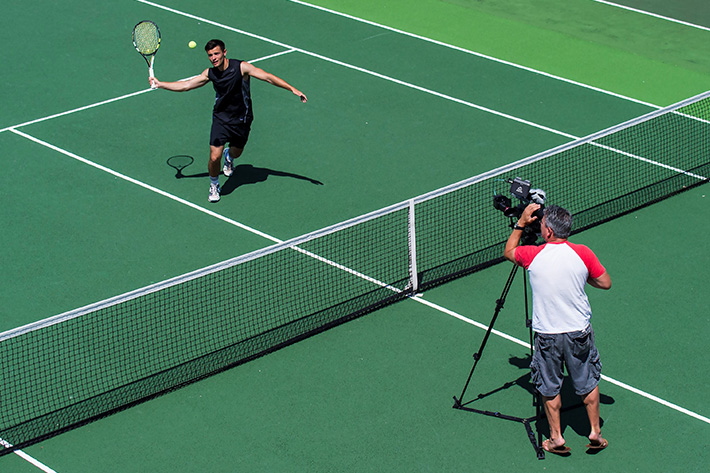 The Winner gives audiences a behind-the-scenes look at the Vinten supports that cover major sporting events like Wimbledon. It’s the second film in a serie created to showcased Vinten’s perfect control.

Sports broadcasting and Vinten are a “winning” combination in The Winner, the second installment in the collaboration between premiere camera supports brand, Vinten, and international award winning filmmaker David Spurdens.

The Winner captures a new perspective on why Vinten is the premiere choice for sports broadcasters around the globe. From the Vision 100 to the Vector 750, Vinten’s manual supports offer camera operators consistent, predictable performance even in an unpredictable live sports environment. David Spurdens, a professional with a career that has spanned over 30 years, as photographer and filmmaker, with experience in the commercial arena in aviation and sports, explained in a brief interview his approach and process for creating this video.

The Vinten brand is synonymous with sports. Was that part of the concept behind this short film The Winner?

Absolutely. The first film in the series showcased Vinten’s perfect control, allowing camera operators to effortlessly follow the action in ultra-high definition whether the action is slow or suddenly fast as in the case of a whip pan. Vinten manual supports are used by everyone in both large and small productions. In this film, The Winner, we wanted to capture the heart of the Vinten brand, which comes down to award-winning engineering and sports.

For the last 100 years, Vinten has supplied camera operators with fluid heads and tripods with engineering innovation that has made operating huge stadium sports cameras completely effortless.  This has made the brand popular with independent videographers as well as camera operators in high-stake environments such as the Olympics, the European Cup and Wimbledon. Much as a high-stakes sports event has a winner, so too great engineering has made the Vinten brand a winner.

I’m constantly setting them in tough environments. For example, I recently had a project that required me to go above the clouds on a 15,000-foot glacier. And just as my mountaineers need dependable kit, so do I. I can’t climb back down [the glacier] and get another tripod, so as a team we all rely on each other to have the right kit that can complete the shoot successfully.

What equipment did you use on the set of The Winner?

On this shoot I had the Sony FS7, the Sachtler matte box and used the Vinten Vision 10AS as my main tripod for the elevated shots, and a Vision Blue5 and 100 on the court.  For the crane-style shots, I positioned the Vinten 10AS against a wrought iron fence aimed straight down at the tennis player with a very heavy rig.  Everything needed to be secure so nothing would move or – even worse – loosen and fall 10 to 50 feet to the ground.

How did Vinten perform throughout your shoot?

The 10AS has a quick release and solid construction, enabling me to switch quickly from one shot to another with minimal fuss. And when you’re working in sports and time is critical, that’s huge.  Waiting while camera operators fix issues can make sports people go ‘off the boil’ and I didn’t need kit issues lowering the enthusiasm of my models.

For those who don’t know, what are the differences/advantages to a premium tripod versus a low-end one?

In filmmaking, you get what you pay for.  Cheap kits produce cheap shots – it’s just a fact.  When one of my models builds up to and then nails a sports scene, I cannot afford a kit issue. Nothing destroys an actor/actress more quickly than asking them to hold on as you fix multiple rig issues.  I just cannot afford it.  I need to know that my rig can be secure and stable in any temperature or any given situation and will perform flawlessly even when placed on difficult surfaces.  Cheap kit doesn’t give you that confidence, it doesn’t react when you need it to, and it won’t perform to requirements. It’s the difference between making the shot and missing it. And as a professional, I cannot afford not to make the shot.

For more information visit Vinten and to follow Spurdens, go to @rapt.tv. 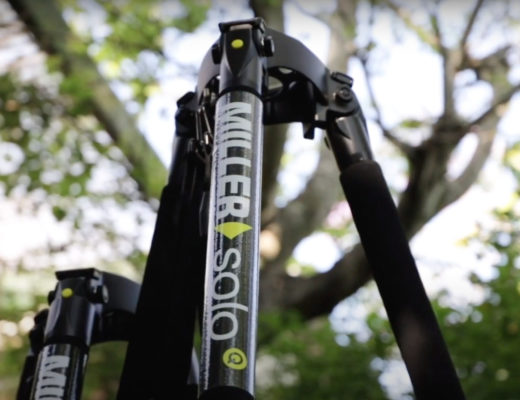 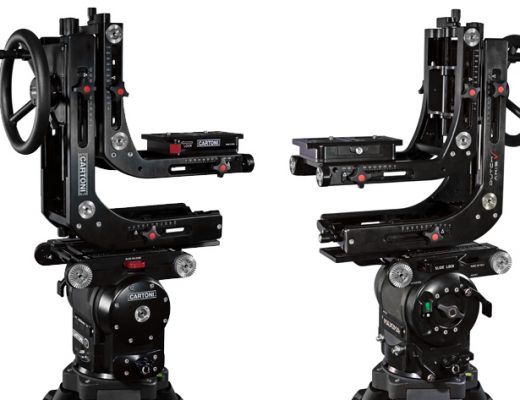 Significant expansions to Cartonis’ Master, Maxima and Lambda lines of fluid heads are some of the news for NAB...