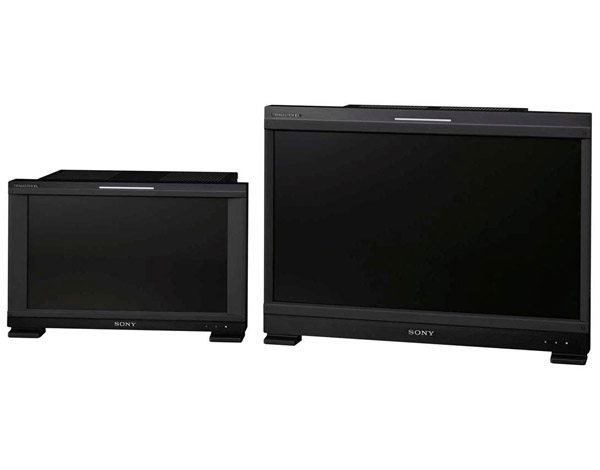 The place: Palm Springs. The time: February. The audience: a generous portion of the world’s best informed, most demanding users of professional monitors all gathered for the HPA Tech Retreat 2011. It was here that Sony chose to introduce our second-generation OLED monitors: the critical evaluation BVM-E170 and E250. According to Debra Kaufman, blogging for Studio Daily, the retreat’s emcee Mark Schubin called these monitors “what we’ve been waiting for.” You can read Mark’s own blog posts here and here. Pro Video Coalition’s Adam Wilt recaps the technical presentation here. So why are these monitors such a big deal? What relationship do they have to today’s high dynamic range cameras? And what does OLED imply for you?

As manufacturers have transitioned from CRT displays, consumers have delighted in super-flat, ultra-thin, energy efficient televisions. But video professionals have had reason to grumble. The ubiquitous LCD monitors have had a hard time matching CRTs for viewing angle, blur-free fast motion and most especially for black levels. Sony has developed clever ChromaTRU and Trimaster technologies to create LCD monitors that exceed CRTs in many areas of performance. Even so, the LCD panels themselves have continued to be a limiting factor. Sony’s Super Top Emission OLED combines the best attributes of both LCD and CRT. 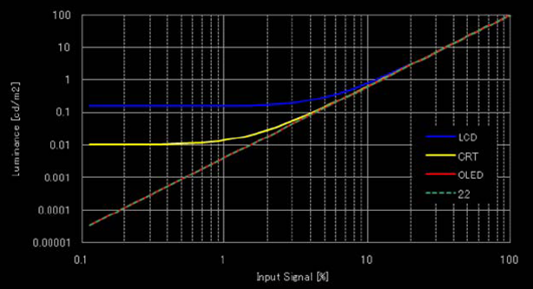 How low can you go? The Electro-Optical Transfer Function (EOTF) shows the ability of a display to reproduce black. As the input signal goes black, the OLED output luminance tracks as it goes down. And down. And down.

Trimaster EL OLED technology exceeds even CRTs in its ability to deliver true black. This superlative contrast ratio makes Sony OLED the perfect complement for today’s high dynamic range cameras. What low-level detail these cameras produce, Sony OLED can reproduce. At the same time, you get high switching speed (measured not in milliseconds but in microseconds), wide color gamut, wide viewing angle and high resolution. The first time you lay eyes on the BVM-E170 and E250, you’ll know exactly what I’m talking about.

Designed from the outset for critical evaluation, the BVM-E170 and E250 Trimaster EL technology displays exceptional color uniformity across the entire screen, color consistency from one monitor to another and accurate color stability month after month, year after year. The OLED panels are supported by a 12-bit engine and a 10-bit driver. The panels feature 1920 x 1080 resolution, operating life equal to BVM CRTs and nearly the entire P3 digital cinema color gamut (some yellow is missing). The new models are in the same price range as the LCD monitors they replace. The BVM-E170 (16.5 inches, viewable area, measured diagonally) carries an MSRP of $17,000 while the BVM-E250 (24.5 inches, viewable area, measured diagonally) is $26,000 MSRP.

Get ready for the sequel