Okay, I’m going to sound like a complete Adobe nerd when I say this, but I look forward to every new release of the Creative Cloud apps for the obvious reason of the update to the apps, but I also look forward to it for a very different reason altogether.  The Easter Eggs.  If you don’t know what I’m talking about, this article will be a real treat for you!

If you’ve been working with Adobe products for as long as I have, the Big Electric Cat might be familiar to you.  It was the codename of Photoshop 4, and the easter egg “About” splash screen looked like this: 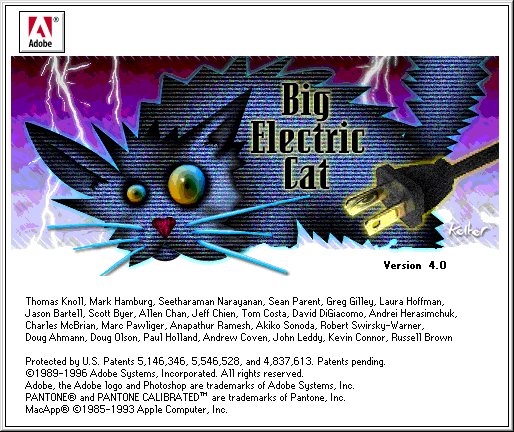 I ended up finding a great site that has seven great hidden “About” screens for Photoshop, and my favorite feature of the above Easter Egg splash screen is that if you clicked the cat’s nose, she actually shrieked!  Believe it or not she was on the splash page, in one way or another for the next seven versions, and you might be wondering how I deduced that the cat is a girl.  Well, her name is actually UDO, but the Photoshop team nicknamed her Becky short for the Big Electric Cat! 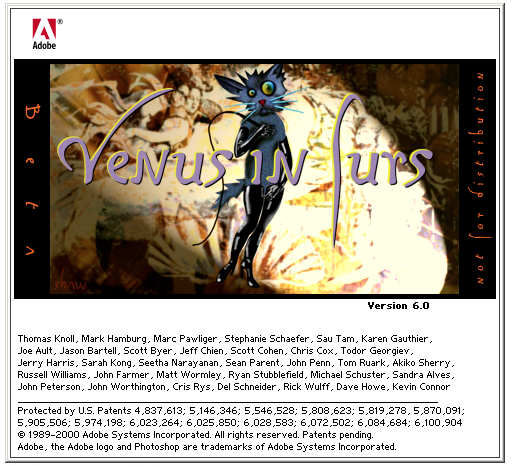 Now I’m sure that you know that every release of software, as with the bigger budget movie releases these days, have a “code name”.  You know, a name that a company, or movie studio will use to identify an upcoming release.  For Star Wars fans, you’ll know that Blue Harvest was the codename of Return of the Jedi, so as to keep super fans away from the set, and to also keep people from swiping the film reels from the theatres.  Well, Adobe, much like probably every company out there has been giving their software code names for a long time, and as I mentioned earlier, Photoshop was where I first stumbled across not only their code names, but their hidden Easter Eggs as well.  Now you can stop with the whole, “That’s easy, you could have just looked them up on the internet!”.  Well, believe it or not, when I started working with Photoshop and After Effects, it was way back at version 3.1 for After Effects, and probably version 3 or 4 for Photoshop, we really didn’t have the internet, so we were stumbling across these by accident.  As soon as the new update hits, doesn’t matter what I’m doing, I download, and call it up.  What I love about them is that for the two of the main three apps that have this “bonus feature”, Premiere and Photoshop, they are static, but After Effects always gives you an animated composition to show off all the people who worked on it, in a very cool way.  For Premiere and Photoshop, simply launch the app, and hold either “Opt/Alt” or “CMD/CTL” on the keyboard when selecting “About Photoshop” or  “About Premiere Pro”, and the static “easter egg” splash screen will appear. 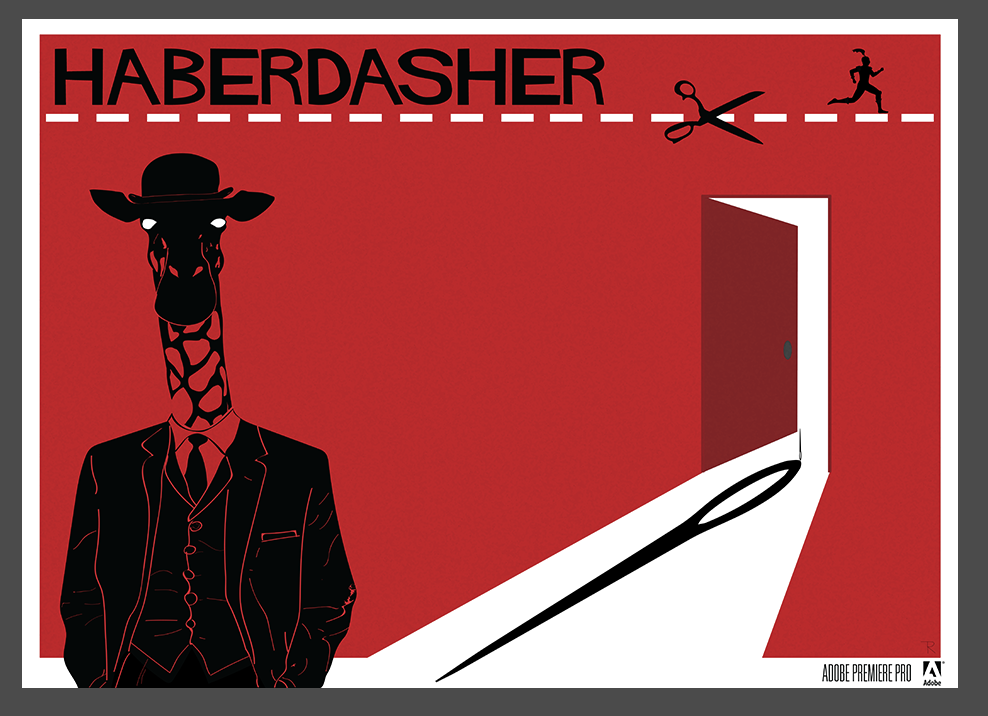 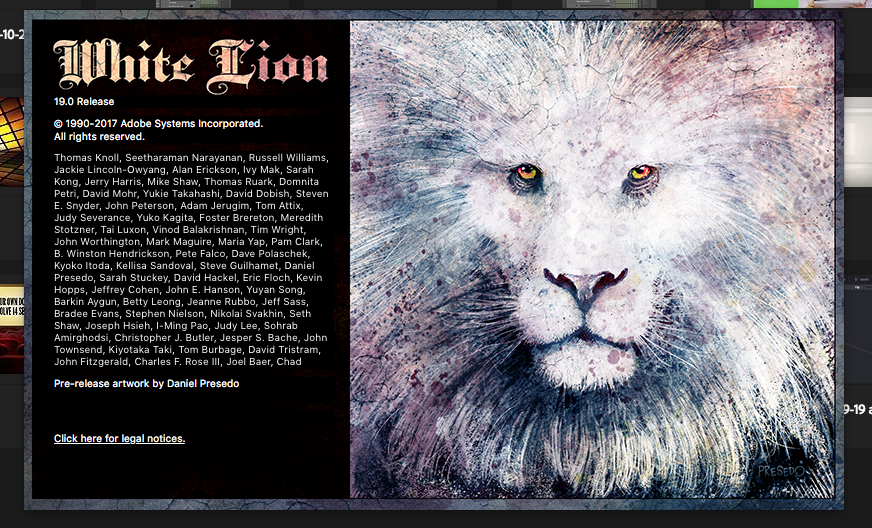 Now as I just mentioned, After Effects does things a little differently, as it’s all about the creativity in our favorite compositing application.  Every version has a clever easter egg animation to show off the talented men and women who worked on it, and this year it’s all about the Wars, the Star Wars (see how I brought that earlier Star Wars reference around full circle there).  Check out what the team did this year:

I’m a huge Star Wars Fan, so this one ranks up there, but here are the After Effects hidden splash screens, and I even like the way they gave credit for Codename Cleverness!   If you’re running older versions of the Creative Cloud’s main three apps, give it a go and check out the hidden About menus. Easter Eggs  You might even find my favorite.  The After Effects periodic table of creators!