Plastic Reality is a production company known for branding and other video work for big corporate clients such as BP and Unilever. But unlike most corporate video companies, Plastic Reality has a wild side, called The Happiness Labs, focused on producing experiential content and graphics for live events and installations.

Adobe: What makes you excited about working with bands?
Fleming: I worked at an advertising company at the beginning of my career, but then I had the chance to work with big-name artists and tour with various art collectives. I was excited to be working with people who were very receptive to new creative ideas. Layering visuals and lighting was becoming a big part of these shows and I started to think about how video content could further enhance the experience.

Today bands think about shows as a whole experience with intricate props and designs from the moment they kick them off, but it wasn’t always that way. Seeing how these shows were being constructed as an experience, especially in the electronic music space, and being a bit of a party boy I thought it looked like a lot of fun.

Adobe: How did you get connected with Fatboy Slim?
Fleming: I’ve had a longstanding relationship with Fatboy Slim, aka Norman Cook. He is a superstar DJ and lovely bloke all at the same time. When I started with him around 2000 or 2001, he was already famous for his videos. His record label had seen the work we’d done with some artists, and asked us to submit a treatment for his upcoming video, “Star 69.”

A while later, Norman was approached to do a show on Brighton Beach. It was one of the first large outdoor shows with a DJ and his team knew they would need some content for the show. They liked what we’d done for “Star 69,” so they asked us to work on the show. The first Brighton Beach Boutique show had 60,000 attendees, and the second one had 250,000. From then on I was on the bus and the next stop was a show in Brazil for about 350,000 people.

Adobe: How would you describe the Coachella show?
Fleming: Coachella in 2014 has a big focus on electronic acts and electronic dance music. The performance at Coachella was an evolution of everything we’ve been doing over the last several years to turn watching a DJ into a magical experience that transports audiences into another realm with incredible lighting, imagery, effects, video, and graphics. The heart of his show is focused on his hit track “Eat, Sleep, Rave, Repeat.”

Adobe: Tell us more about “Eat, Sleep, Rave, Repeat.”
Fleming: Well there’s an interesting story around where the actual lyric for “Eat, Sleep, Rave Repeat” came from. In between shows I was editing some shots for Norman and he sent me a mail at around midnight when I was still working, asking how it was going. I sent him a one line reply saying, “Eat, Sleep, Edit, Rave, Repeat.”

Next thing I knew he sent me a demo titled “Your Tune.” Then he got RivaStarr and Beardyman involved and the whole thing grew into a monster to the point where, a few months after this email conversation, we’re getting photos sent in from people who have tattoos saying “Eat, Sleep, Rave, Repeat.”

Adobe: How did this idea translate to Coachella?
Fleming: Coachella originally approached us asking if we would like to do a show based around the four seasons. The set at Coachella is 60 minutes long, so the festival organizers were looking to split it into four parts and use a bunch of physical effects, such as fire, snow, and rain, to accentuate the different seasons. We had a think about this and obviously loved the idea of the different physical effects but thought the four seasons might be a bit like doing opera.

We got Team Fatboy together over a good lunch as we usually do and started throwing some ideas around. We realized we could re-work “Eat, Sleep, Rave, Repeat” into “Heat, Sleet, Rain, Repeat”—job done! We got to keep the physical effects but incorporate them into Norm’s global smash hit.

Adobe: What special elements are included in the Coachella show?
Fleming: As well as building a boom box that has ice, fire, and rain built into it we used a 3D model of Norman’s head that was shot at Pinewood Studios. We inserted it in with other graphics and 3D elements around the head. It appears every couple of bars in the song. All of the mapping was done and put together in After Effects CC, along with the textures and finishing.

We also put Norman in the middle of the screen in a 9×9 matrix and created accompanying video content and original graphics, including a fun fruit machine. All of the video content was edited in Adobe Premiere Pro CC. It was great to be able to throw multiple codecs and file types right onto the timeline in Premiere Pro CC and have it work seamlessly. 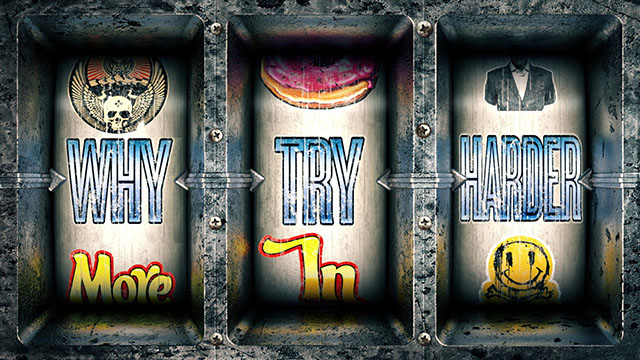 Adobe: How do you pull off these surreal experiences?
Fleming: We combined a well-researched history of being the last one on the dance floor with other techniques, some involving big rig or prop installations and others requiring software. We’ve always been big After Effects users. CINEMA 4D and After Effects are at the heart of everything we do and their widespread adoption throughout the creative industry is a reflection of the quality results that can be achieved. Adobe Photoshop CC and Illustrator CC are also key to our workflow and we appreciate having all of the tools available to us in Adobe Creative Cloud.

Adobe: What do you think of the closer integration between Adobe After Effects CC and CINEMA 4D?
Fleming: The forthcoming era of deeper integration between CINEMA 4D and After Effects CC is very exciting and we are really looking forward to seeing how it enhances our workflow. We really just find them a joy to play with and encourage all younger artists who are working with us to learn this combination. We’re also excited about the option of rendering in the cloud so we don’t tie up local resources.

Adobe: The shows you put together have an entirely new look. What is it you’re trying to accomplish?
Fleming: EDM shows tend to look very polished, high-def, and fast moving. We wanted to do something a little different to set us apart. That’s why we shot some original content for Coachella in black and white and slow motion and edited it in Adobe Premiere Pro CC. In one shot, we have people jumping around that we filmed with a slow motion camera. So the look is a bit different than your classic EDM footage. We also slapped Norman in the face with a fish and filmed that in slow-mo!

Adobe: What are the benefits of moving to Adobe Creative Cloud?
Fleming: We work with small teams plus many freelancers. Our Adobe Creative Cloud for teams membership helps us move seats around so artists working in different locations are all on the same version and have the software they need when they need it. We’re also looking at trying new tools like Adobe Prelude CC for ingest, at no extra charge. That’s a big bonus.

Adobe: What’s in the future for you?
Fleming: Fatboy Slim has the World Cup coming up in June in Brazil, followed by the 2014 Glastonbury Festival. Norman is trying to go for the world record for the most consecutive Glastonbury Festival’s played, so he can’t miss it! There are other festivals planned during the summer months as well, so we’ll be busy.

Our work has become so diversified that we’re going to continue to use Plastic Reality for our corporate work. But now we’re developing The Happiness Labs for the fun, experiential work we’re doing for bands and brands. We’re looking to develop content for immersive, virtual reality technologies such as Oculus Rift, Leap Motion, and Thalmic Labs MYO. There’s a big shift in the way content and storytelling is being developed, and we intend to be at the convergence of the amazing new wave of tech and tools and the never-ending desire for a good story that we humans have.

Tim would like to thank long-time collaborators Chris Cousins, Joe Plant, and Bob Jaroc, as well as Mike Sansom at Bright Fire Pyro for working on this year's content. 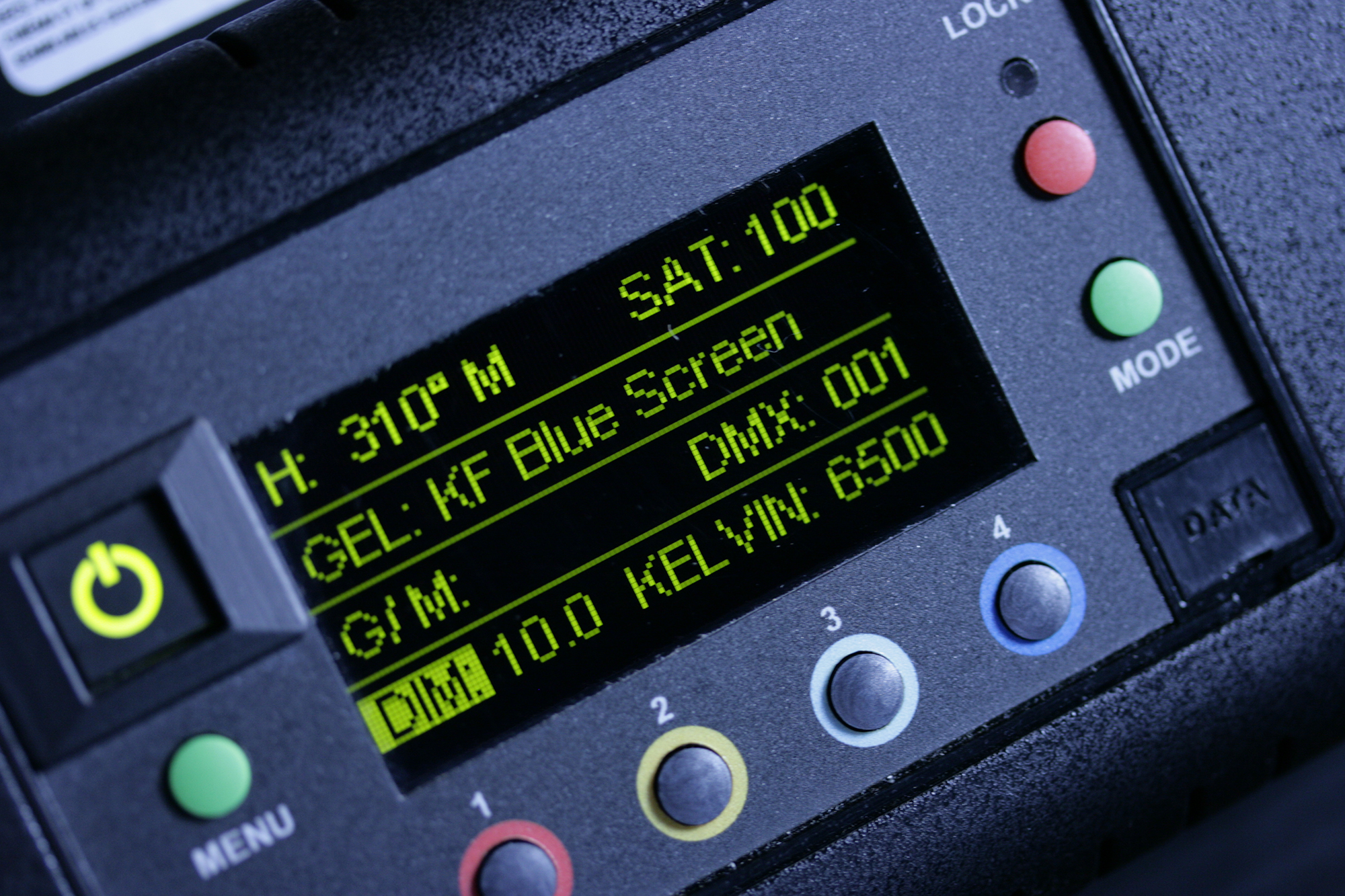 It’s been a blast to create Premiere Pro and filmmaking tutorials and creative vlogs on my YouTube channel for...

Bonus Episode! In this edition of the PVC podcast Scott has an in-depth chat with Matt Christensen, one of...