BURBANK, CA – Createasphere, a global community builder for the entertainment technology industry, has announced that it has entered into an agreement with the National Association of Broadcasters (NAB) to promote “NAB Show Day” at Createasphere’s East Coast gathering in September. The new collaboration unites the NAB Show – the world’s largest event covering filmed entertainment and the development, management and delivery of content across all mediums – with Createasphere’s Entertainment Technology Expo NY, set for September 20 and 21, 2011, in Manhattan at the New Yorker Hotel. This gathering of content creators is returning to New York for its fourth year and features panels and conversations with industry luminaries, a full exhibition area, educational sessions and dynamic networking opportunities. 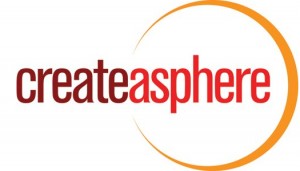 Content creators from the NAB Show community will be invited to attend the free “NAB Show Day” at the Expo on September 21.

Kristin Petrovich Kennedy, President of Createasphere says, “We look forward to working closely with our colleagues at NAB Show to build a powerful collaboration for the NAB Show Day at the New York Expo. For those of us in entertainment technology, the NAB Show represents the biggest partners in our industry, and we are delighted to have their participation and support. We see this collaboration to be of great benefit to our audiences.”

“For decades, the NAB Show has been committed to providing opportunities for the content community to engage with next-generation technology, education and insight,” said NAB Executive Vice President, Conventions and Business Operations, Chris Brown. “We see Createasphere as an excellent partner in continuing this endeavor.”

A complete schedule for the Entertainment Technology Expo NY can be found at www.createasphere.com/ete, or by calling 818.842.6611. Registration is free and is now open.

Createasphere was founded in 2001 as HD EXPO, and over the past decade has grown into a global company that develops and presents influential events for the content creation community, on line and face to face. Founded by Kristin Petrovich Kennedy in Los Angeles, Createasphere became part of Diversified Business Communications in 2009, now driving their entertainment strategies and properties division. Currently Createasphere is presenting the Entertainment Technology Expos in New York and LA; the Digital Asset Management Conference in New York, Los Angeles, and Europe; The DAMMY Awards in New York; Cinema India Expo in Mumbai; the online news and content portal www.creativeProCoalition.com; 3D Road Shows; and Post Production Master Classes.

The NAB Show, held annually in Las Vegas, is the world’s largest electronic media show covering filmed entertainment and the development, management and delivery of content across all mediums. With nearly 90,000 attendees from 151 countries and more than 1,500 exhibitors, the NAB Show is the ultimate marketplace for digital media and entertainment. From creation to consumption, across multiple platforms and countless nationalities, the NAB Show is home to the solutions that transcend traditional broadcasting and embrace content delivery to new screens in new ways. Complete details are available at www.nabshow.com.

When CBS’s 60minutes added 360 video capture for one of their stories I knew we were solidly on the...