two of its core products,Cooliris Express

The latter product is gaining more and more adoption, the company tells me, growing from an average of 100 new Walls created per day in December last year to more than 400 new Walls per day more recently.

In addition, more than 45,000 Walls with Cooliris Express were launched in the last four months alone, notably about half of them onFacebook

like photos and videos in a visually appealing way, and lets users interact with that content regardless of which browser they use (provided they have Flash installed). 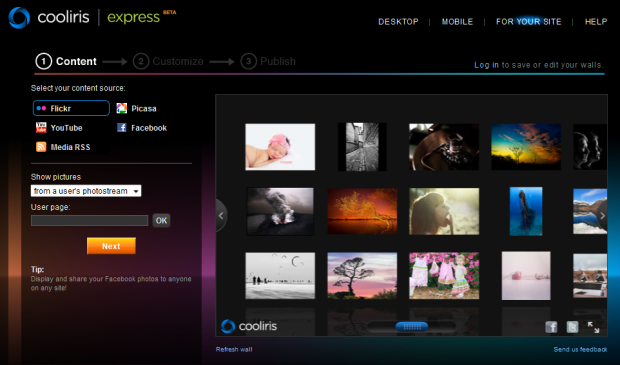