Sonnet’s expansion chassis let you connect your PCIe cards to your slotless Mac. 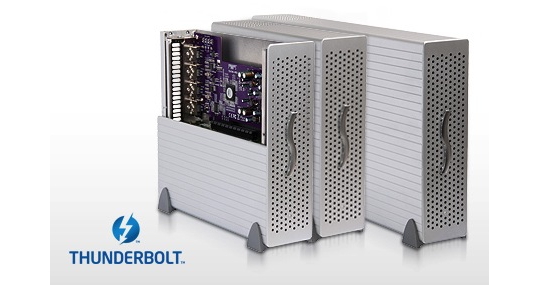 Many video professionals have unjustifiably disqualified slotless Macs because they incorrectly believed that there was no way to use their PCIe cards. They didn’t know that there is indeed a supported way to connect networking, pro video, and storage PCIe cards via Thunderbolt. In many cases, the developers of such PCIe cards have officially qualified their cards to be used this way. Sonnet is one of the companies that manufacturers several expansion chassis to accomplish this, and they sent me one to evaluate it.

Why would you want to use a PCIe card when there are already dedicated Thunderbolt boxes?

Notification for those who have been awaiting their messiah, the Mac Pro 2013

So you’ll need to choose your chassis based upon the type and number of cards you plan to connect. 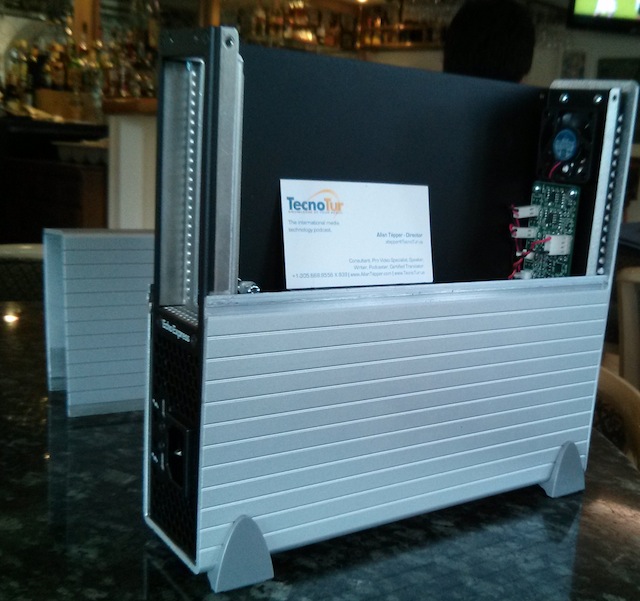 Opening the Echo Express I received was easy and didn’t even require a screwdriver. Only two human fingers were necessary to twist the two thumbscrews to remove the cover and expose the single half-length slot, whose connector is about the length of a business card, as indicated above. However, a small Phillips screwdriver (not supplied by Sonnet) is necessary to remove the supplied Phillips screw and then to tighten it again after installing a PCIe card. 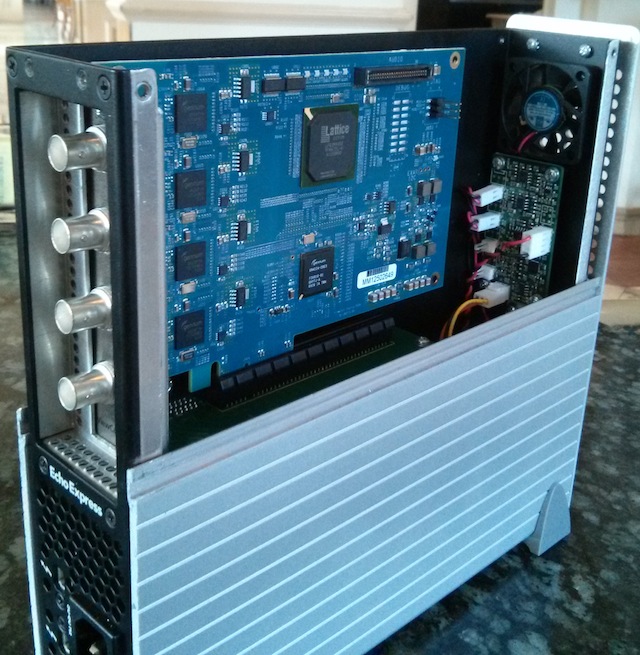 The above photo shows how the EchoExpress looks with an Osprey 845e (half-length) card installed. (I’ll be covering the Osprey 845e in an upcoming article.)

The evaluation Echo Express chassis I received from Sonnet came in a box that was quite damaged (not even re-usable). This is probably not typical (since it wasn’t standard retail packaging), and the Echo Express fortunately survived its trip to Miami.

Apple has made it very clear that newly designed Mac computers will not have internal PCIe slots. If you desire or need to connect PCIe card(s) to a slotless Mac computer [especially the PCIe card(s) you already own], this is the way. If you don’t already own any PCIe card(s), it will likely make more financial sense to acquire dedicated Thunderbolt devices (like several that I have covered), but only if they exist.