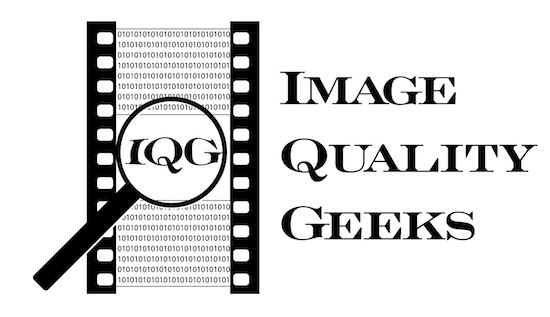 One of the (many) reasons I haven’t been writing lately has been I’ve been up to my neck in the SCCE. What’s that? The Single Chip Camera Evaluation. Zacuto started the idea and Bob Primes ASC designed and supervised all the testing. I was one of the planner/organizers, as well as post supervisor and ran around and did a bunch of stuff on set. Tuesday night, 6-8 pm Content Theater. Here’s the press release after the jump:

Los Angeles: April 5, 2011… Cinematographer Bob Primes, ASC will present a special NAB session for industry professionals on Tuesday, April 12 in NAB’s Content Theater from 6:00-8:00 p.m. where a panel of cinematographers, engineers and image aficionados will discuss the results of their recent Single Chip Camera Evaluation (SCCE). The panelists are part of an independent, ad-hoc group dubbed the “Image Quality Geeks,” who recently conducted an impartial series of image quality evaluations of 11 top digital motion picture cameras, as well as 35mm film.

“The SCCE is the result of the collaboration of many talented people who are experts in their fields,” said Primes. “We conducted our tests to meticulous standards, and the results are being offered in the public domain.”

My part in all of this was to help organize the shoot, manage the team doing all the data on and off set, and to put on my post supervisor hat after the two separate shoots were done. Overall it was the biggest camera test I’ve been involved in – way over 100 people were on set or worked on post, so a massive team effort. I’ll be (hopefully) writing a series of articles about the cameras, the post, the workflows, and the results, and posting it all on PVC.

But to start with, if you can make it to the presentation from 6-8pm in the Content Theater at NAB, come! Free, no badge required. I’ll be up on stage with Bob Primes and the rest of the folks mentioned in the press release to answer questions after the presentation.

One of the most interesting things about this shoot was that for the first time that I’ve been involved with, a high end camera comparison involved ZERO tape at all – everything recorded to whatever onboard recorder it had to SxS, CF, or SD cards; as well as to an S.two OB-1 or Codex Onboard recorder uncompressed if the camera had a clean HD-SDI or HDMI output. So not an inch of videotape was used, there were no HDCAM SR recorders in sight. A first! Image compromise by skipping tape? Not exactly – uncompressed 4:2:2 and 4:4:4 to sweet, sweet files. We tested and evaluated all the cameras with the best output they could create, which wasn’t necessarily what you’d get out of the box or off of the card from these cameras. Some cameras, like the F35 specifically, come with NO recording options built in, it is up to you to attach a recording device. Some cameras really only have one choice of viable recording methodology, like the Red One MX or DSLRs, because the outputs are either not clean (DSLRs have overlays etc) or are of inferior quality to what the onboard can do (Red One MX). The rest of the cameras had varying degrees of onboard recording quality, with data rates anywhere from the DSLRs’ heavily compressed H.264 4:2:0 video to the Alexa’s ProRes4444 much higher data rate footage. (The Alexa didn’t officially support Arriraw when we did our first shoot in early February, but it did for the second shoot so we used it there).

I’ll have more to say in the coming days about the footage and test results, but if you can’t come Tuesday night to see the footage at its best on a 4K projector on a big screen in the 350 seat Content Theater, go by the Zacuto booth (Booth # C9542) at NAB and see the same content on a smaller screen.