This installment’s subject is Parenting. Parenting allows you to group layers together and to treat them as one object. Any Position, Scale, or Rotation transformations (but not Opacity, Masks or Effects) applied to the parent are passed on to its children. Meanwhile, the children can still have their own animations, even as they get dragged around by the parent. Parenting can be used for anything from moving two layers at the same time to setting up complex coordinated animations.

This is the first chapter in Part 5: Building Hierarchies. After parenting – which happens inside a single composition – we’ll be talking about managing multiple nested compositions.

One potential assumption about parenting that you need to set aside is that you always parent one visible layer in a composition to another visible layer. Quite often, the better approach is to create an invisible layer with the menu command Layer > New > Null Object, and then attach (parent) visible layers to this invisible handle. This is especially handy when your visible layers already have their own independent animation, and you don’t want one of them – as a child – to suddenly pick up unwanted transformations from an animating parent. By using a null instead, you can then safely reposition or even animate the null without harming the independent animations of the children. For the same reason, nulls make excellent “handles” for collections of 3D layers that may build a more complex object. In short, they provide a great way to quickly group together layers residing in the same composition. 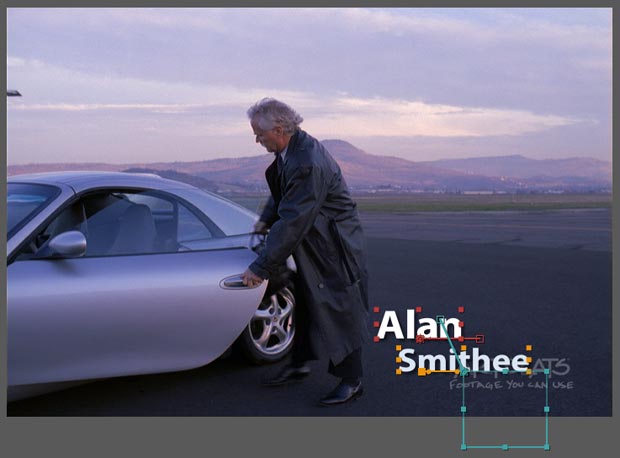 The two text layers have their own horizontal motion paths – the red and orange lines. If you parented one to the other, the opposing motion of the parent would offset the child. By parenting them both to a null object (the cyan outline) they get to keep their own relative movements, oblivious to where the null parent is taking them. Footage courtesy Artbeats/Business on the Go.

By the way, Null Objects are just a variation on Solids. The differences are that they default to a certain size (100 x 100 pixels), with their Anchor Point in the upper left corner (coordinates = 0,0 which simplifies the parent/child math), and Opacity = 0% (and they won’t render even if you increase their Opacity setting). You can rename and resize a null just as you do solids by using Layer > Solid Settings (Command+Shift+Y on Mac, Contro+Shift+Y on Windows). Indeed, we highly recommend you rename your nulls to later remind yourself what they were supposed to be doing!

A parent’s transformations can be thought of as a reality distortion field cast over any attached children. If a parent has been scaled nonuniformly (where the X and Y axes have different Scale amounts), and a child is then attached, the child will now be nonuniformly scaled as well. As a result, the child’s shape will skew when it’s rotated, as seen at right.

This is another case in which a null object (or any other layer) placed between a parent and children can invisibly “soak up” transforms imposed by the parent. This is because the intermediate layer gets the nonuniform scaling, leaving the child downstream unmolested.

With a bit of preplanning, you can use parenting to help build complex arrangements of multiple layers by letting After Effects do the math for you.

For example, say you have six spheres lined up in the same position. You’ve been asked to arrange them in a ring around a seventh central sphere. Quick: What are the Position coordinates for each outer sphere that would place them all the same distance away from the center? Answer: Put down the protractor and slide rule, and let After Effects do the math for you: 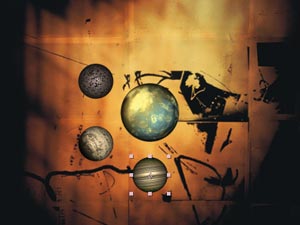 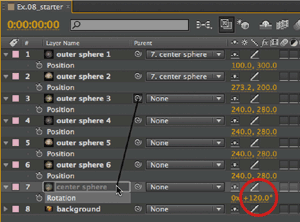 To create symmetrical arrangements of layers, start them from the same position, attach one to a central parent, rotate or otherwise offset the parent, attach another child, and so on until finished. Background courtesy Digital Vision/Naked & Scared.

When you parent one layer to another, After Effects alters the child’s transform parameters to take the parent’s transformations into account. There is one case when this does not happen: If you hold down the Option (Alt) key when you parent or unparent, the child will assume the absolute position values. Normally, this would make a child jump to a perhaps unforeseen location in the comp. With a little planning, however, this becomes a vital trick when you want to move an animating child to a new parent – such as in the example below: 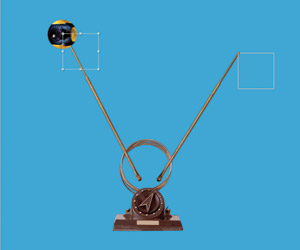 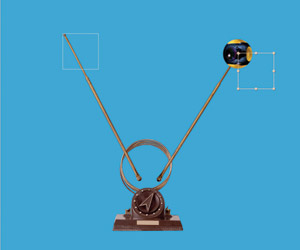 The yellow gizmo layer is parented to the left ear null at the end of one antenna ear (above left). If you hold down the Option (Alt) key while you’re changing its parent to the right ear null (left), it will jump to the other ear (above right), keeping the same relative animation. Gizmo courtesy Quiet Earth Design, antenna from Classic PIO/Televisions.

With or Without You

When you right-click on a parent, an option appears at the bottom of the contextual menu to select all of its children as well. This comes in especially handy when you’re getting ready to precompose a group of layers (our subject a couple of installments from now).

On the other hand, if you want to quickly separate a child from its parent, Command+click on Mac (Control+click on Windows) on the parenting pick whip tool in the Timeline panel for the child. This tool is only visible if you have the Parent column open in the Timeline panel; Shift+F4 is the shortcut to toggle it open and closed (or remember, you can right-click on any column header to hide or reveal any available column).