Blake Simon is a sophomore at Loyola Marymount University studying Film Production and he’s already making his mark on the filmmaking world. So far, he has written, directed, and edited 11 short films on his own, and ultimately plans to direct features. His short western, Delarosa, won the Audience Choice Award for Best Student Short Film at the 2013 International Bel-Air Film Festival. Since switching from Final Cut Pro to Adobe Premiere Pro back in high school, he’s become a stalwart advocate of Adobe software, a Certified Expert in Adobe Premiere Pro, and self-prescribed Adobe evangelist. 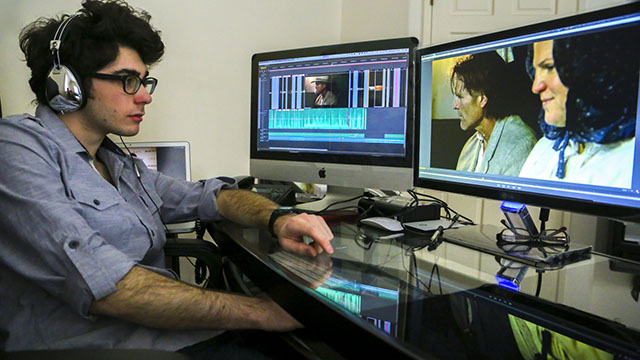 Adobe: When did you become interested in filmmaking?
Simon: I knew I wanted to make films from the time I was in fourth or fifth grade. I have a newspaper project from fifth grade where I pasted a picture of my head on a celebrity holding an Oscar statue. I started making films as part of the filmmaking club at my high school when I was 14. Of course, you don’t start with a crew of people so I wore all the hats: writing, shooting, editing, even acting. It was great because I got to experiment with all the jobs and learn a little bit about everything. Ultimately I want to be a director, but I really like editing as well.

Adobe: You’ve made a lot of short films in a short time. Can you tell us more about them?
Simon: I’m interested in psychological thrillers, movies like Memento and Inception, but I’ve dabbled in many different genres. Delarosa is pretty ambitious. The goal was to be historically accurate. I have a friend whose family does historical reenactments so they supplied the clothes and props. We shot the film in the desert in Malibu Hills, California. I did all the editing and color grading in Premiere Pro, the sound editing in Audition, the output through Media Encoder, and created Blu-ray discs using Encore.

Adobe: You’ve been editing for several years. Why did you decide to use Adobe Premiere Pro?
Simon: We didn’t have a film program at my high school, and the one film class taught Final Cut Pro 7 so that’s what I used. Then a few years ago, I shot a short on the RED EPIC camera and I started doing some work for RED, too. At this point, Premiere Pro CS5 was the only program that offered the ability to edit native RED footage. I decided to give Premiere Pro a try because I could jump right into editing without converting or transcoding the RED footage first. It was fabulous and I haven’t touched Final Cut Pro since. 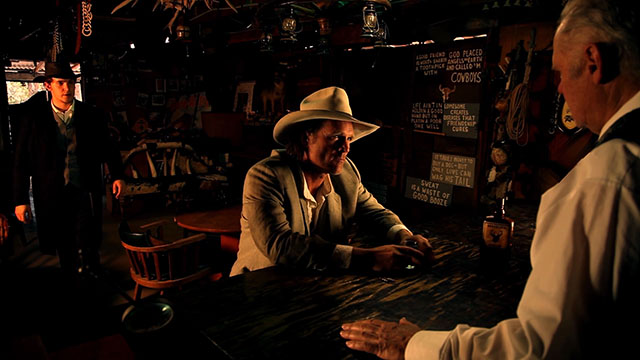 Adobe: We rarely have the opportunity to interview young filmmakers who have just left high school and entered college. What do you think of what’s being taught in terms of editing software?
Simon: When Final Cut Pro X came out, schools did one of two things: switched to Premiere Pro or Avid or stayed on Final Cut Pro 7 in denial. I think Avid is the least user-friendly software, but the worst option is staying with Final Cut Pro 7. There haven’t been any updates in three years so it’s very outdated. These days, most people are very open to moving to Premiere Pro, and the transition is easy. My high school is now looking into Premiere Pro, and I’m glad to hear it.

Adobe: Are you using Adobe Creative Cloud yet?
Simon: I am and it’s fantastic. The great thing about Creative Cloud is that users get constant up-dates and the ability to try all the great video tools they need. The entertainment industry grows so rapidly, that if you can’t afford to replace all your hardware and software every couple of years, you’re outdated. Creative Cloud solves that problem.

Adobe: You’ve become a strong supporter of Adobe Premiere Pro. What is it about the software that you like?
Simon: It was so easy for me to become fluent in Premiere Pro. I started using the software to edit RED footage natively, and I’ve now tried many different cameras and it is amazing to be able to throw virtually any format on the timeline and get right to work. Premiere Pro is always pushing the limits as far as reading and processing different media. When I talk to other students, the idea of not having to convert footage is amazing. Some more experienced editors have an established workflow and like the offline editing process. I understand that, but Premiere Pro is the only software that gives you the option to edit natively, even 4K and 5K sequences, if you want to. I like options, and nothing else gives me close to as many options as Premiere Pro.

Adobe: Are there any other newer features that have helped with your workflow?
Simon: The first time I saw Hover Scrub in the Media Browser in Premiere Pro I was blown away. It saves so much time, especially when you have many takes of the same scene. I love that you can Hover Scrub and set in and out points in the thumbnails. Adjustment Layers also are amazing, because you can apply an effect not just to one clip but to layers of clips. I’m also a big fan of the Export Image feature, because it makes freeze frames a lot easier to accomplish.

Adobe: What do you see other students wanting to do?
Simon: Many are interested in directing feature films in Hollywood. A lot of people are also interested in the web—Vimeo and YouTube. That’s another thing I love, the built in Media Encoder presets to format for YouTube and Vimeo, so the process of publishing to those sites is streamlined.

Adobe: What are students’ perspectives on what editing software to use?
Simon: Students are very open-minded. Many will learn whatever their school is teaching. But I do see more and more people using Premiere Pro. It is becoming a major contender for the industry standard among aspiring and experienced filmmakers.

Adobe: What are you working on next?
Simon: I’m always working on something. I’m currently in preproduction for a short currently titled Catalyst, which is scheduled to shoot in June of 2014. I’ve also just completed writing my first feature and hope to produce it in the next two years.