Even if you do not own a drone or a crane you can capture video and photography from a high vantage point, thanks to the Charters Pole, a pole created by DP Rodney Charters. 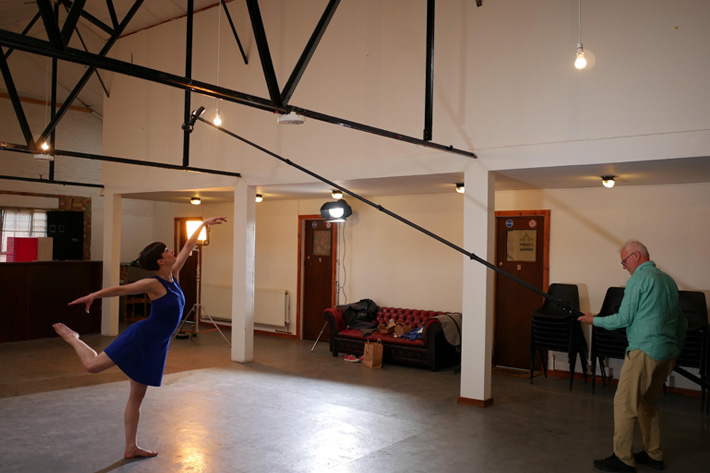 No drone? No problem. The Charters Pole does the job, and it’s a one time investment that will take your image capturing devices to new heights, allowing you to get shots that otherwise would be almost impossible.

Imagine being able to get your camera up in the air – without the complexities of a drone, a crane or cables. That is exactly what one of Hollywood’s best-known cinematographers Rodney Charters ASC did when he envisaged the Charters Pole.

Everyone knows drones can get great shots, but they face increasingly stringent legislation: their use is limited, licensed or even banned in many areas. With a Charters Pole you do not need a pilot’s license or permission to “fly over a crowd”. You simply do it. Still, you should not drop it over people as it may hurt them. Or use it close to powerlines… After, all it’s a bit like one of those selfie poles on steroids…

The Charters Pole is a lightweight, hand-holdable carbon fibre pole designed to offer the kind of quality any serious photographer or cinematographer would expect along with maximum versatility of use. Ideal for stills, video or even virtual reality, it can carry a small camera, a light or a microphone up to a height of 6m. Attach a brushless gimbal camera for cinematic, aerial-like high shots and sweeping crane-like moves – without all the hassle and costs you would normally face. For longer duration shots or more permanent installs it can be mounted to many professional tripods or clamped to existing bars, railings and scaffolding.

“It opens up a whole new world of seeing,” says Rodney, who has shot Shameless, Dallas and Nashville and this year’s Michael Caine/Morgan Freeman heist movie Going In Style as well as the groundbreaking ’24’.

“When you’re standing on the ground all kinds of new angles become possible. At that height the world becomes quite different” says Rodney Charters. He has found it invaluable on set already, using it where he would otherwise have to call in a Technocrane. 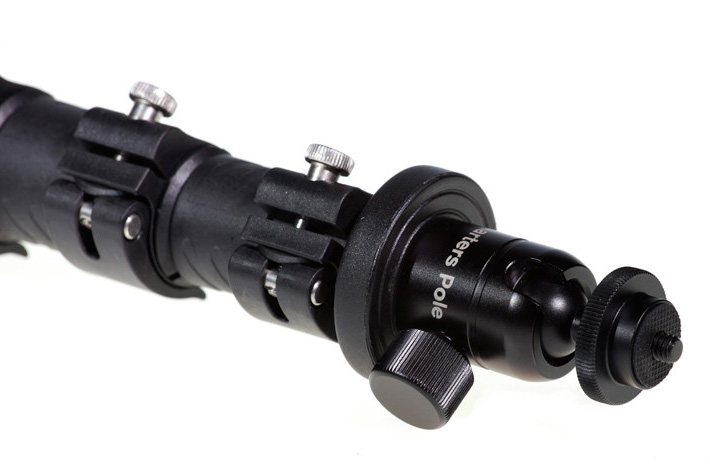 “The cost of that is in the thousands of dollars a day and it needs a team and the thing weighs 700 or C00 lbs. The fact you can do that with a pole that weighs 10lbs is very attractive,” he adds. Rodney says he has also found that it allowed him to get shots he would have struggled to capture otherwise, such as starting from a high angle and dipping down into a group of people very close to the camera.

“The smaller size of camera and the boom action allow you to be inside a character’s personal space, physically passing by someone inches from their ears. Generally our camera systems are so large that you couldn’t get that physically close to an actor” he explains.

Rodney, who has an extensive documentary background, says it also offers a invaluable way to get outstanding b-roll and establishing shots. “You usually struggle to get up to a high elevation to find these kind of shots. It’s very easy to get your pole extended all the way up and get a series of shots,” he adds.

The pole, in fact, is not one but two: a production and a compact version. Throughout is career Rodney’s filmed around the world and understands the challenges of getting to the shoot as well as getting around on set. So to ensure you can use your Charters Pole on every production, there’s  an even more compact version – small enough to fit inside a suitcase, as it collapses down to just 0.79m, but extendable to 4.35m. The normal production pole extends to 6 meters and is just 1.07m long when collapsed. 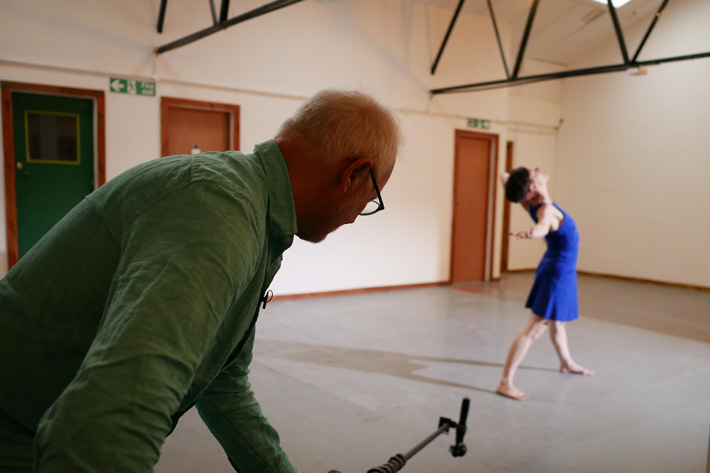 The top of the pole has interchangeable 3/8” and 1/4” 20 threads so that you can fit a wide range of accessories securely. The pole also comes with quick release locks which can be easily tensioned, allowing faster, easier and safer extension and retraction – with no need for a tool.

For photographs, many modern cameras have a wifi remote function or built-in intervalometer. That means, Rodney Charters points out, that “you can take a stills camera up and adjust the position even without a gimbal, just the right-angled ball-mount on the top – preset, stick it up there and fire away.” Of course, it’s not just creatives who can use a pole like this. It’s got obvious benefits for the likes of estate agents, property inspectors and security experts.

For help turning his brainchild into reality, Rodney turned to accessory specialists Genus, well-known for their matte boxes, filters, jibs and support gear. “I am excited to be working with Rodney on this project, which will allow so many professionals to try more creative photography,” said Anthony Wong, CEO of Genus.

Needless to say, the pole has undergone rigorous testing. Some well-known names have also been trying it out for themselves, including prominent YouTubers Kaiman Wong and Lok Cheung.

ProVideo Coalition has published, back in 2014, information about similar products: the Photomast, Camera Pole and Quickshot8xs. Read the article Choosing a Pole for Aerial Video to find more about these interesting solutions for “aerial” video and photography.