Filmmaker embarks on journey documenting creativity around the world

When we last spoke with Graham Elliott he was just starting work on his next film, World In Motion, which he describes as, “a documentary film series that explores the dynamic connection between location and expression.” Since that time, Elliott has taken two trips to Brazil, the first stop on his global journey. In addition to interviewing creative professionals, he spent a significant amount of time capturing b-roll that will add texture and reference to the film. Now, he’s back in the United States and will spend the next few months working in Adobe Premiere Pro CC editing his content before his next trip to Japan in November.

Adobe: Tell us about your time in Brazil.
Elliott: I first went to Brazil in October for three weeks, then went back again this past January. With preparations going on for the World Cup and then the Olympics, there was an incredible buzz of activity. Brazil is all about rhythm and color. It takes a lot of influences from Africa, Europe and North America and makes them its own.

Adobe: How is this project different than your last film, New York in Motion?
Elliott: When we made New York in Motion we had three months to shoot, student help, multiple cameras, and the luxury of an open timetable. With World In Motion we needed to do a lot more advance planning. I traveled to Brazil four or five days before my partner, Roswitha Rodrigues, came to conduct the interviews. I spent time shooting b-roll to give the interviews context. Because of security concerns in Brazil, I had to rethink my camera package to be more mobile and inconspicuous. I did most of my shooting with a Canon 5D Mark II and GoPros. 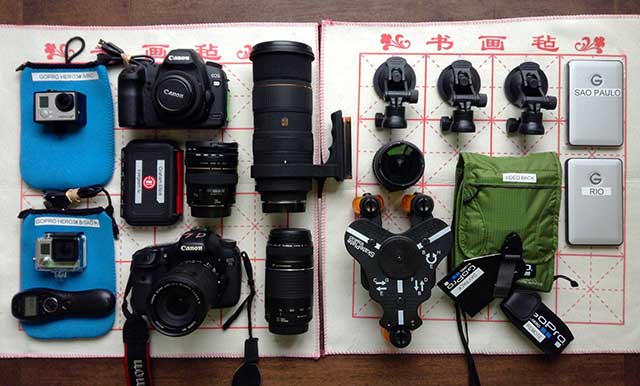 Adobe: What type of footage did you capture?
Elliott: Before I set out to shoot, I worked out a way of organizing the shots I wanted to capture. There is so much you can do and see and when you are on location it can be a little overwhelming. So, I created an index card system with a storyboard of the shot I wanted and all of the necessary logistics: time of day, equipment, security, etc. One example of content I captured was the view from the cable cars that go over the favelas. Shooting from this perspective let us show the expanse of humanity in these poorer areas. 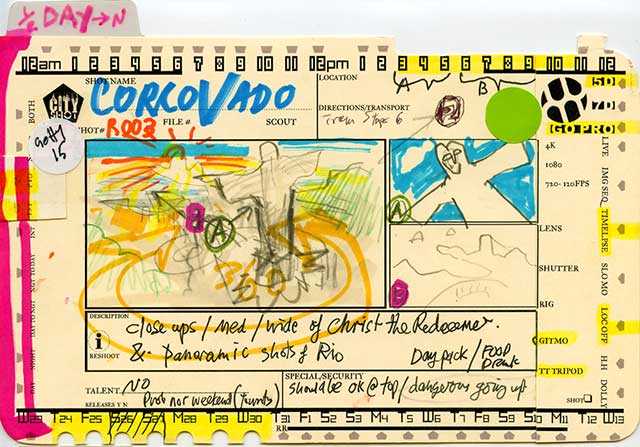 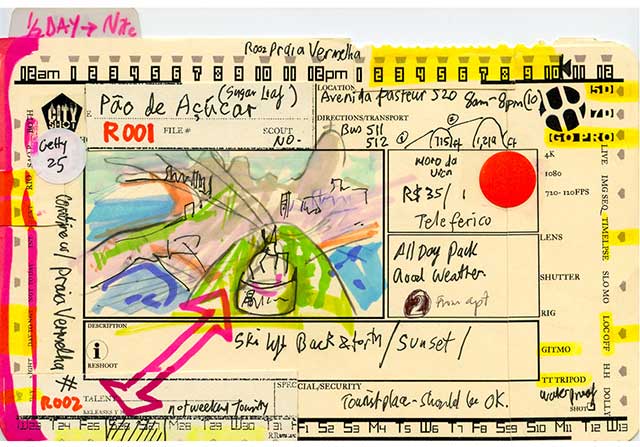 Adobe: How much time did you spend interviewing?
Elliott: When Rosie came in we did seven days of interviews in Sao Paulo and seven days in Rio. We wanted to go in without any scripted questions so we could have more of a conversation. We asked interviewees to describe their work, and from there each person took a different path. We didn’t want to go in with a preconceived notion of the creative essence of Brazil.

We started with Lobo, a company that has been a major inspiration, working with American and European clients, doing incredible motion graphics. The team there is incredible, and the founder, Mateus de Paula Santos, recommended other people for us to interview. We also connected with Super Uber, the company that recently did a huge texture-mapping project at the assembly hall in the United Nations building, projecting visuals onto the different surfaces. The team there gave us more recommendations of who we should see in Rio.

Adobe: What is different about the way work is created in Brazil?
Elliott: The school system in Brazil lacks proper funding and doesn’t have rooms full of computers, so students do a lot of tactile work. They have to make do with less, but that makes them push the boundaries of creativity in different ways. We saw a lot of handmade art that was then scanned into computers, giving the end creations a more tactile feel.

The work that artists create is also different depending on the city. Both Rio and Sao Paulo are interesting hubs of creativity. Rio is very green, has beautiful beaches, people are outgoing, and the artwork seems to reflect that with a lot of natural, organic elements. Conversely, Sao Paulo is a concrete jungle and people seem more introverted, which ultimately affects the way designers work and what they create. It will be interesting to look back after we’ve visited different locations and compare the references – how people create, what tools they use, where they start, and how much is influenced by culture, religion, tradition, and history. 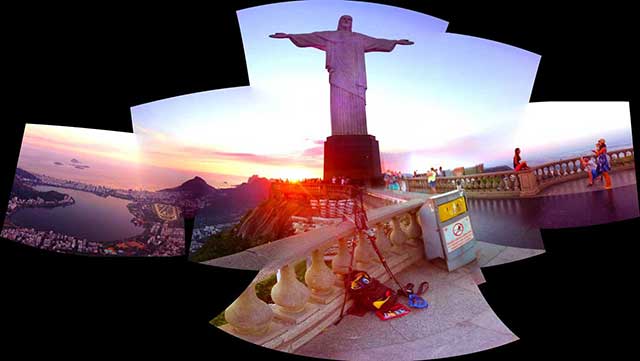 Adobe: What type of tools are creative companies you interviewed using?
Elliott: Many of the established motion graphics agencies are using Adobe Premiere Pro, After Effects, Photoshop, and Illustrator. Rather than starting everything on the computer they do a lot of organic work, including models, paintings, and collages. After Effects is very popular for working with content after it is captured; it is the quintessential motion graphics tool. Designers we interviewed in Brazil are excited about Adobe Creative Cloud and keeping everything within the same workflow.

Adobe: What do you like about working with Adobe Premiere Pro CC?
Elliott: I really like the workflow in Premiere Pro. I shot a lot of timelapse content with the 5D Mark II, and it is so easy to bring the stills into After Effects, apply some moves, and then open them in Premiere Pro. Rendering is so much easier in Premiere Pro than it was in Final Cut Pro and there is also a lot more flexibility with color correction.

Adobe: Where else do you want to go on your World In Motion journey?
Elliott: In November I’ll be traveling to Japan and we also hope to go to South Africa, India and Europe, especially London, Amsterdam, Berlin, and Vienna. The film is about creativity and the field of motion graphics serves as the backbone. But we’re not just interviewing motion graphics artists, we’re also interviewing people in other art fields. Motion graphics is so much about rhythm, music, dance, photography, and design so we’re going out and talking to dancers, designers and musicians, which is really invigorating. It will be a long journey but I’m already excited about the story we’re going to be able to tell.

View some of Graham Elliott’s World in Motion footage from Brazil
https://vimeo.com/93174087