NAB 2019 was what we have come to accept, organized chaos. Our team crisscrossed the convention hall floors in search of one-on-one booth interviews, oddball gear, and the “hidden gems.”  We ran into a damaged mic during our first booth visit, which threw us for a loop. Again and again, we came across drool-worthy lenses. But more importantly, our camera of choice, the Blackmagic Pocket Cinema Camera 4K, never failed us.

Carrying a heavy camera as you move from one interview to the next can make for an exhausting NAB show pretty fast. This year our A-camera was the Blackmagic Pocket Cinema Camera 4K. It was the smart choice for a number of reasons. One, the size of the Pocket Cinema Camera 4K is perfect for NAB news coverage. The camera and its accessories fit into one backpack we could easily carry to and from the convention. Two, the Pocket 4K’s big LCD Screen meant we could operate the camera in a stripped down mode. Then we could whip out the Pocket 4K quickly and we were always shoot-ready. Three, easy to edit codec sped up our post-production time.

Since I already own a bunch of Nikon glass I went with a Nikon F – Micro 4/3 focal reducer. The lens we used for nearly all of our coverage was the Nikon’s fantastic 14-24mm f/2.8. This Nikon full-frame lens is wider than most wide zoom lenses and long enough to allow us to reframe. Personally, the 14-24mm is a favorite of mine. For documentary work, I do not see how camera operators make anything less than a 16mm work for them when shooting in small spaces. At NAB, some of the booths are small or incredibly crowded, I’m talking to you SmallHD and Teradek, having a wide zoom is a must to get both the interviewer and interviewee on camera. With my 0.71 focal reducer that Nikon 14mm came close to a 9.5mm view.

We had a few different options to help us monitor our image: The Blackmagic Pocket Cinema Camera 4K LCD screen, a Blackmagic Video Assist 4K, and a SmallHD Focus 7 loaned to us by SmallHD to use for our NAB Coverage. What did we use the most? The LCD screen on the Pocket 4K. Easy is always best and in this case, the LCD screen on the Pocket 4K was the easiest option. Do not worry, we used those other monitors at different times too.

Since we used Adobe Premiere Rush as our editor of choice, and will likely use it again for Cine Gear news coverage, we love being able to record a single channel of audio onto both the left and right channels in camera. This is important because it simplifies our life as we shoot interviews and when we dive into our edit sessions. In Adobe Premiere Rush, editors cannot pan audio from one channel to a second. This means we need our interview sound on both channels of audio. We did not do this on some of our earlier NAB videos so it was a lesson we had to learn along the way. Trust me when I say, we read your YouTube comments.

The Blackmagic Pocket Cinema Camera 4K is BMD’s low-light camera and in the halls of the Las Vegas Convention Center, the camera’s low-light capability was greatly appreciated. Of course, at NAB there is plenty of LED, HMI, and Tungsten light shown off from booths all over so we usually were able to keep our ISO on the low side. 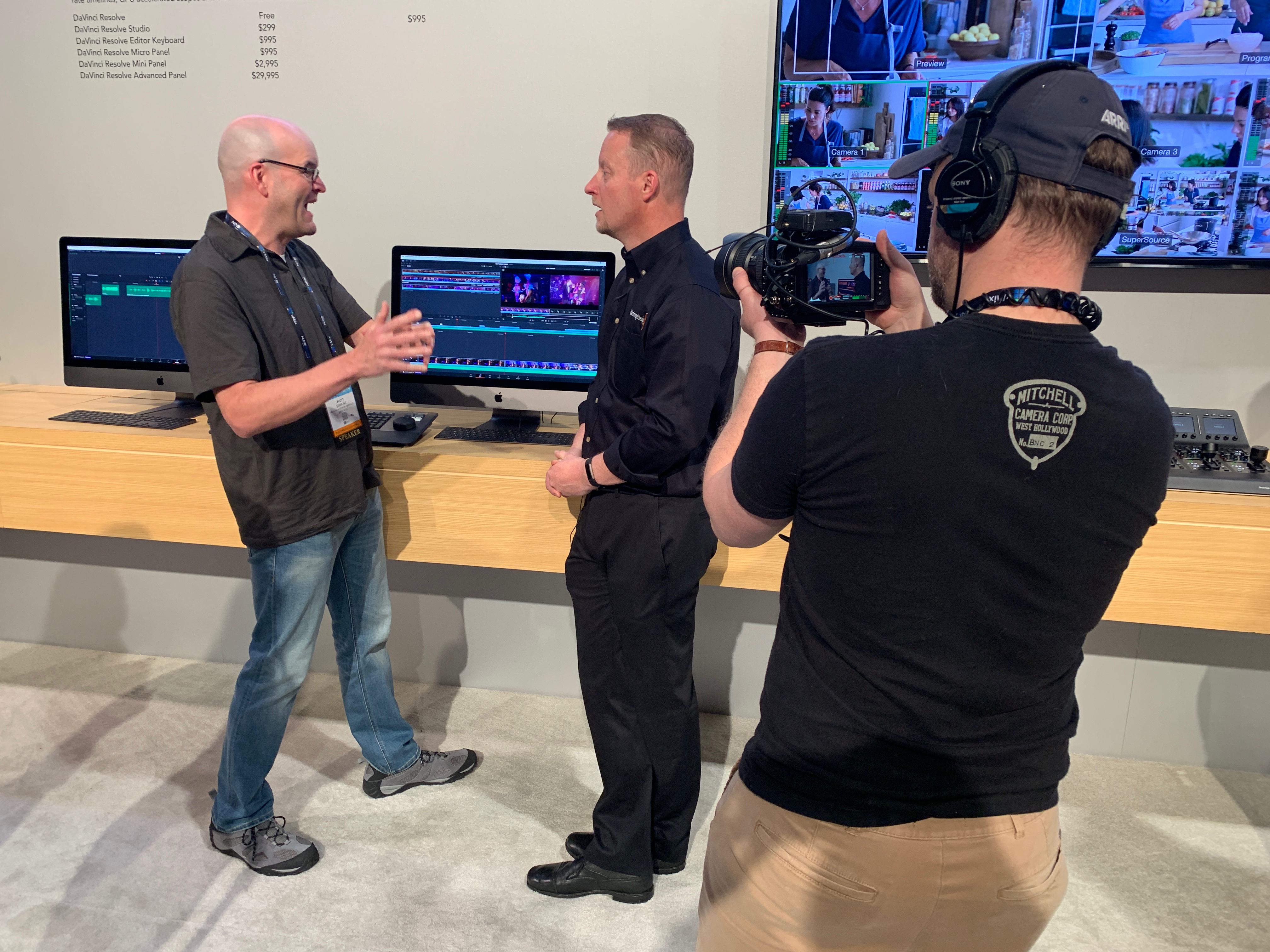 I had Cfast 2.0 cards and SDHC Cards on hand already. Though, we did contemplate recording our NAB interviews straight onto SSD’s. We thought this SSD recording option could speed up our offload times when we were editing. In reality, I felt a little uncomfortable using the same media for both acquisition and editing. Plus, the time savings only came down to a few minutes. The risk of a mistake out-weighed the time saved.

Cfast 2.0 or SD Card? What are your thoughts? I had a handful of Blackmagic Design approved SD cards for 4K recording. The thing is when the gear is rented out, or you hand off an SD card, people sometimes do not realize the true cost of a great SD card. In their mind, I think, they see an inexpensive card. I have had more people claim to have lost or “misplaced” these cards than any other cards in my inventory. For this reason, I think I will stick with Cfast 2.0. 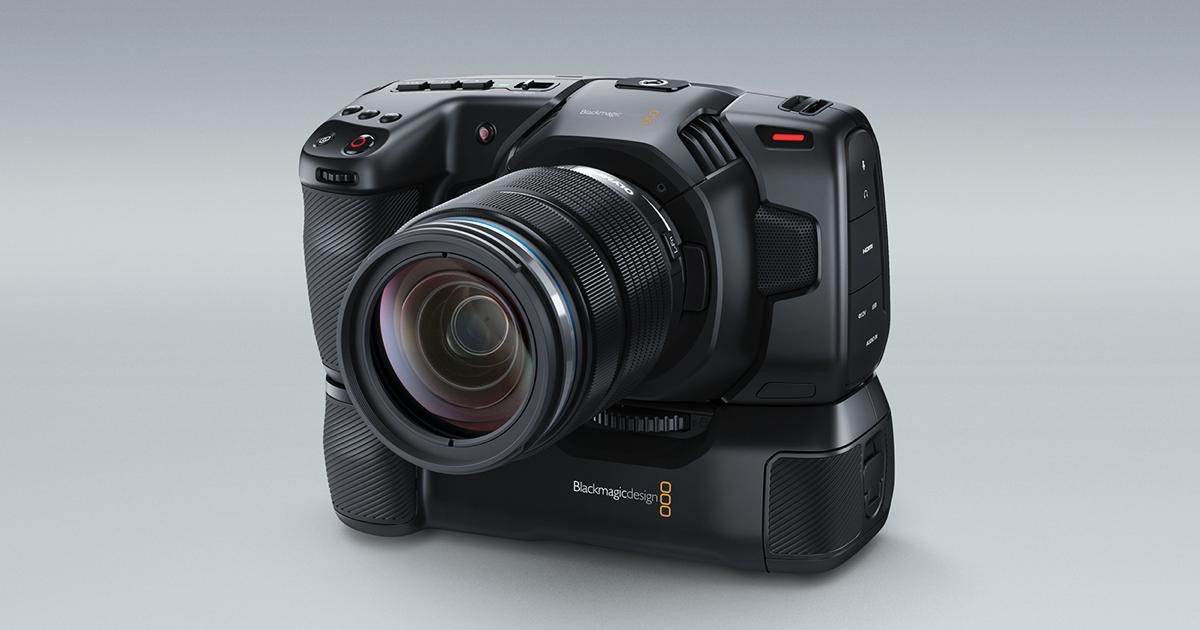